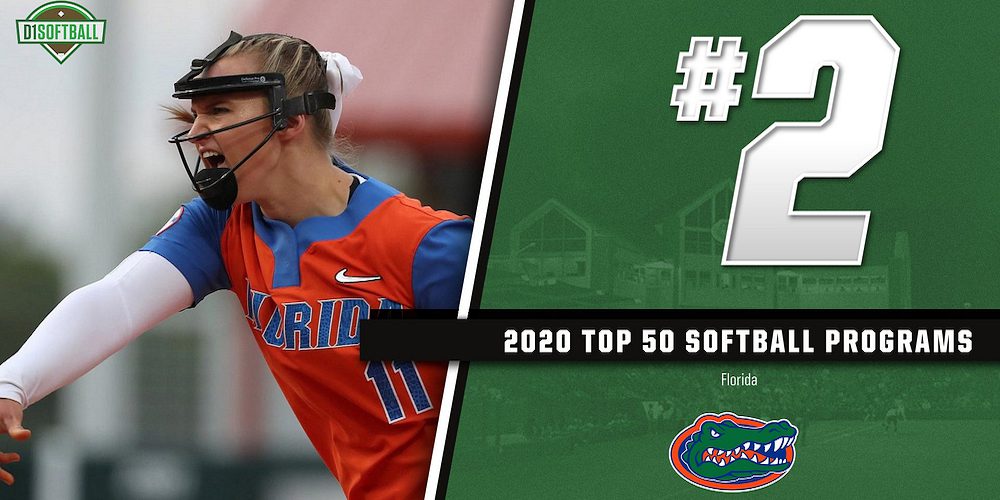 Florida advanced to the WCWS eight out of 10 years the last decade.  Not only have the Gators dominated the postseason, they picked up five SEC Regular Season Championships and three SEC tournament titles.

Since taking over the program in 2006, Tim Walton has led the Gators to 14 regional appearances, 12 super regionals, and 10 WCWS, and check in at No. 2 in our Top 50 Programs of the decade just ahead of UCLA. With back-to-back championships, the 2014 and 2015 Gators were special. The 2015 squad racked up numerous awards including five All-Americans, WCWS Most Outstanding Player and the NFCA National Coaching Staff of the Year.

In 2015, Lauren Haeger became the first player in NCAA history to record 70 home runs and 70 wins as a pitcher. Haeger added a list of accolades that season, including the Honda Award, National Player of the Year, SEC Female Athlete of the Year and SEC Pitcher of the Year.

Read more about the 2014 National Championship squad in our featured Gators story by Rhi Potkey.

Amanda Lorenz 4 x All-American SEC Player of the Year, SEC Freshman of the Year led the Gators to three straight WCWS and is the only Gator to post a career batting average about .400 (.407)