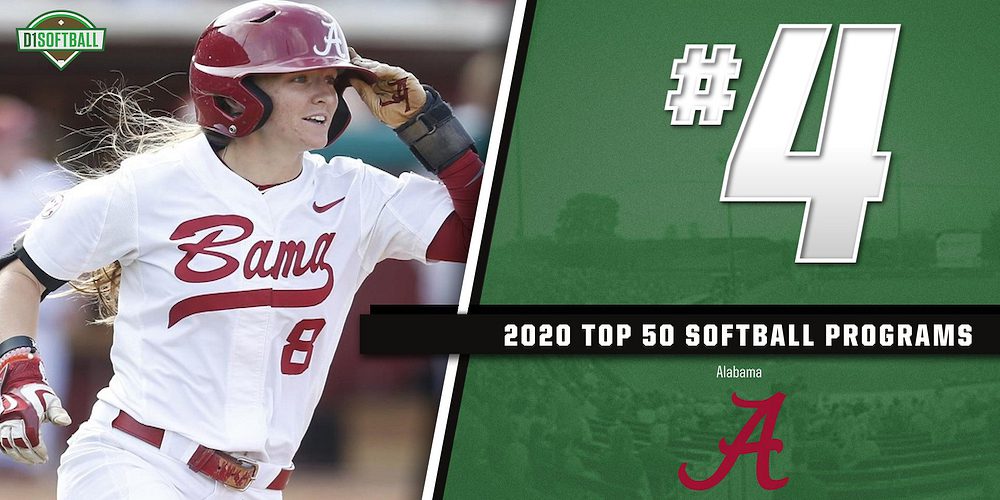 Guiding the Tide to their first WCWS in program history, head coach Patrick Murphy and the Crimson Tide pulled off one of the most historic runs to capture the coveted national title. The 2012 WCWS Championship Series dubbed ‘Dancing in the Rain,’ provided the perfect setting for the first Alabama Softball national championship with various rain delays and a jovial Bama dugout.

The Tide check in at No. 4 on our top programs of the decade due to 10 tournament appearances, nine super regionals, six WCWS appearances and one national title in the last decade. With one of the best fan bases in college softball – ie. Emily Pitek in the ESPN Hall of Fans – and a terrific facility in Rhodes Stadium, Bama is always a top contender in the SEC.

Not only was the 2012 title the first in program history, it was the first national championship in the SEC. The Tide helped put the SEC on the map which has three of the 38 championships.

The US Women’s National selection was a 4 x All-American at Alabama and 3 x All-SEC honoree. McCleney joined Braud as the second player in program history to earn First Team honors both as an All-American and Academic All-American. Arguably one of the best outfielders to ever play the game, McCleney roams the outfield making the most challenging plays with grace and ease. With a career average of .447, the lefty hitter is the perfect combination of power and speed: a complete athlete.