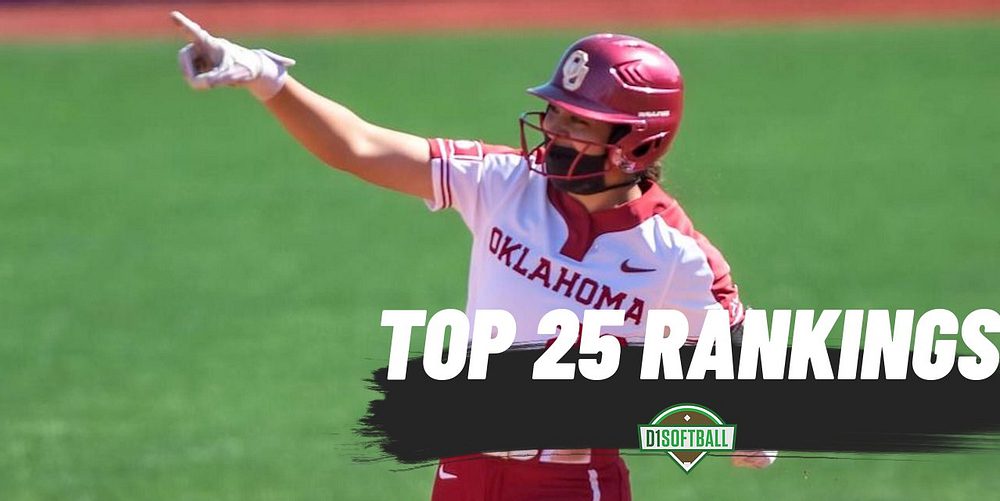 Oklahoma takes over the No. 1 spot in the D1Softball Top 25 Rankings after going 6-0 in the desert with a win over ranked Arizona State. The Bruins dropped to No. 2 after a loss to Oregon. Alabama remains at the No. 3 spot after a solid weekend at home.

Arizona remains at No. 4 and fellow Pac-12 team, Oregon, vaulted into the top five this week. The Ducks defeated UCLA over the weekend with ace Brooke Yanez leading the charge.

Oklahoma State, one of three teams in the Top 25 to play eight games last week, picked up ranked wins over No. 11 LSU and split with No. 12 Louisiana.

The SEC leads all conferences with seven teams in the Top 25 followed by the Pac-12 with six. The Big 12 and ACC are tied with four teams, followed by the Sun Belt with two, and the Big Ten and AAC with one.