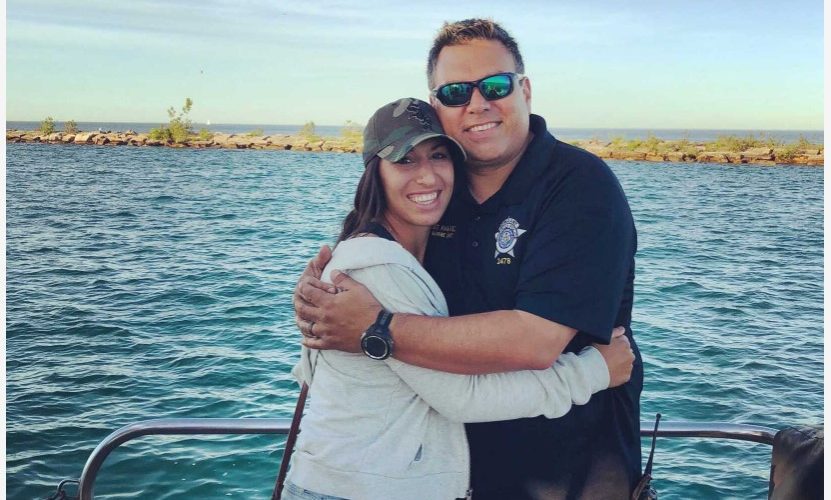 As much as Abby Ramirez enjoyed being one of 56 women to build a professional softball league from scratch in the first season of Athletes Unlimited, the second season offers something the debut could not. Noise. Weekends now bring the constant hum and occasional roar of fans in the stands.

The noise was missing a season ago. In the days before a COVID-19 vaccine, the pandemic necessitated playing behind closed doors. The usual sounds of softball were absent, the only accompaniment coming from planes taking off and landing at neighboring O’Hare. Players learn over years to tune out the noise. They don’t hear it. But sudden silence was jarring.

Yet the planes were a reminder that Ramirez experienced something similar once before. Only 6 years old on September 11, 2001, she has only snippets of memories of that day. But growing up near Chicago’s Midway Airport, she remembers the silence when air travel came to a sudden halt following the terrorist attacks. She was too young to know exactly what the day’s events meant but old enough to understand silence meant something.

She also remembers her dad getting in his car to go and help. A police officer, that was his job. This time that just meant driving 800 miles — through the night — to get to work.

In the scheme of things, on a day when thousands perished and many times more lives were forever changed, hers is a small story. Her dad returned safe, if shaken by what he saw. The flights resumed at Midway. Life and softball went on. But 20 years later, as the events of 9/11 drift from lived experience to history for even some of Ramirez’ youngest teammates, the story connects her to a day that changed the world. And to the dad who shaped her world.

“He’s a very selfless person, that’s one of the things I admire most about him,” Ramirez said. “He always puts other people before himself. He’s always been the glue that holds our family together — not just my immediate family but our extended family. Obviously, I’m biased, but I have never met anyone who does not like my dad.”

Now chief of police for the Illinois Commerce Commission, Ruben Ramirez spent nearly 30 years as a member of the Chicago Police Department. Although Abby admits that she would still be more nervous to run afoul of Carol Hutchins, her coach at the University of Michigan, her dad ran as tight a ship around the house as might be expected of someone in his line of work.

He similarly set the agenda on the softball field. When Abby, the youngest of three siblings, didn’t want to leave her local youth team for a travel ball team around the age of 10, her pleas went unheeded. But they went unheeded with reason. She didn’t want to step out of her comfort zone. She didn’t know anyone on the new team. What he knew, as parents do, was that not only would she would make new friends easily at that age but benefit from seeing that she could. All while her softball skills benefitted from the more competitive environment.

Nor is he the dad who finds fault in her performance or points out shortcomings. Not then and not now. Ramirez has played five professional seasons, first with the NPF’s Chicago Bandits and now with Athletes Unlimited, in the same Rosemont stadium a short drive from where she grew up. Her parents are still in the stands almost every game — Ruben will throw out the first pitch Saturday. But the conversations afterward remain the same. She seeks them out.

“One of the things I’ve always appreciated about my dad is he knows exactly what to say,” Abby said. “He usually has to pump me up because I am very hard on myself. He never critiqued everything I did — I think he knew I already do that to myself.

“I remember in college, if it was a big loss, I just wanted to talk to my dad. Talking to other people could be hard — some people just don’t understand my thought process or emotions around the game. He’s always been there for me to decompress.”

They were playing softball on that September day two decades ago, too. On furlough at the time, Ruben remembers talking to his partner when the second plane hit the World Trade Center — trying to convince him at first that it was just the broadcast showing a replay. Neither could believe what they were watching that morning. Yet outside of New York, there came a stretch of hours when people tried to carry on with their days. Almost too dazed to stop their normal routine.

Still trying to make sense of it all, Ruben took his kids to their practices, softball for his daughters and football for his son. One of the other kids at a practice said their mom was in New York on a business trip. She was in one of the towers. They hadn’t heard from her yet. A fellow coach’s brother worked in the that area in New York. A neighbor’s nephew did, too.

“What motivated me and my partner to go was just that we had people and friends that we knew that were down there,” Ruben said. “And just the devastation of the whole thing.”

The next day, Ruben and his partner got in the car and started driving east. They needed to try and help — to try and do something. A contact put them in touch with someone in a Manhattan police precinct who assured them they would be useful. They ended up spending much of their time on one of the “bucket brigades,” trying to clear rubble as steelworkers tried to clear space for search and rescue personnel to locate survivors that mostly weren’t there to be found.

Often work would halt and the crews would clear out, instruments warning of instability in the rubble. When it was deemed safe enough, they returned. They slept when and where they could. Ruben had always wanted to see the Downtown Athletic Club, home of the Heisman Trophy. He ended up catching a few hours of sleep outside it, then returning to the rubble.

“Every day when we would leave, people were starting to make these makeshift memorials,” Ruben recalled. “You would see tons of pictures posted on the fences. You’re walking out and you’re seeing all these pictures of people that are missing. That’s one thing that stuck out.”

The initial response was frenzied and ad hoc, first responders pouring into New York from across the region and the country — Ruben at one point ran into a Chicago firefighter he knew. It was all hands on deck. As authorities began to centralize control by the end of that week, and as the search and rescue effort turned to something longer term and more precise, Ruben and his partner returned home to Chicago.

And as with much of the country, life haltingly resumed. Forever changed but still there each morning.

The day after he got back to Chicago, Ruben was throwing batting practice to Abby.

Coaching his daughters on the softball field was always his outlet.

Only in recent years did Abby start to ask questions about her dad’s experience. She was too young at the time to understand where he went or why the phone connection was so bad the one or two times cell service worked well enough during those days to check in.

Her dad’s part of the story won’t make the history books. He didn’t the course of events. But he changed the course of Abby’s life in more ways than she can count. And understanding what he did in the days that followed September 11 helps explain why. He just tried to help.

“Having lived through it feels a little different,” Abby said. “It’s not just history. It’s something that happened and that we remember.”