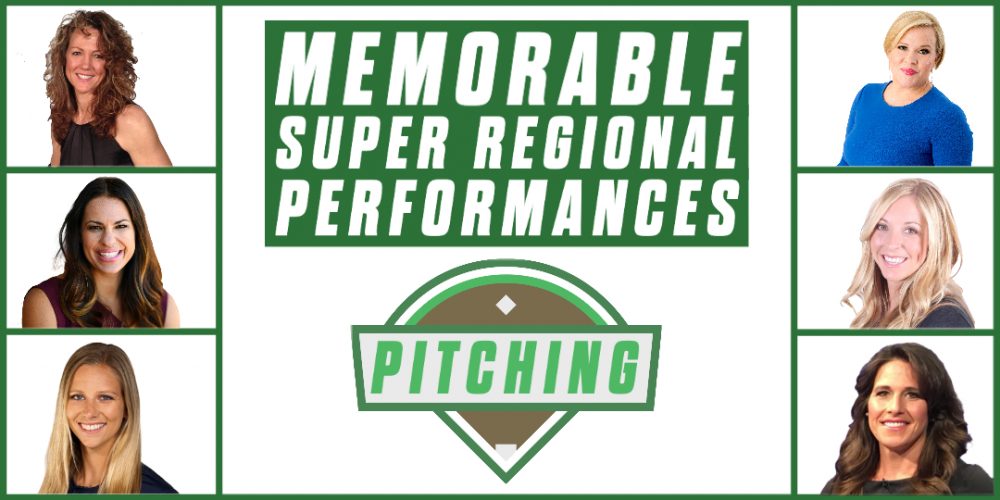 This is not a ranking or definitive list. There are no right or wrong answers. The responses from various analysts/reporters are strictly personal and resonate for many reasons.

There are a lot of them, but I remember LSU’s Allie Walljasper going up against JMU at JMU in 2016. I thought JMU was going to win that and Walljasper was just outstanding. She had some help with Carley Hoover, but she was making the ball dance. She was not overpowering hitters but getting the outs she needed. (Walljasper picked up the win in Game 2 with a shutout to keep the season alive and earned the save in Game 3 to help LSU reach the WCWS).

LSU is headed back to the #WCWS! Allie Walljasper’s CLUTCH strikeout clinched it! @LSUsoftball pic.twitter.com/MmK9wKnUuw

Danielle Lawrie when Washington played Oklahoma. Lawrie gave up five home runs in a Game 1 loss, and Amber Flores hit three of them. I remember Amber talking about it later when we were all teammates for a minute on the USSSA Pride. Amber told Danielle every time she stepped in the batter’s box she felt like she owned her, and you just don’t hear female athletes say that or believe that very often. I was so impressed with the composure of Danielle. She never backed down. She tipped her cap to Amber, but didn’t lose her confidence. She was relentless, and they had a great lineup with all kinds of hitters. Danielle was battling and didn’t always have her best stuff and yet she still found a way. Really great pitchers have the ability to be smart and creative when they don’t have their best stuff. Danielle knew her entire team was relying on her and she was going to find something deep inside and get her team where they needed to be. 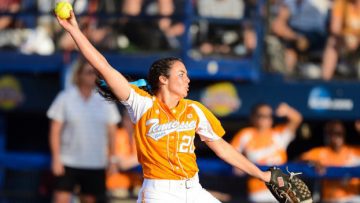 I may sound like a bit of a homer here, but Tennessee had a team full of freshmen in 2010 and Ivy Renfroe helped them upset No. 2 Michigan. She threw a shutout with eight strikeouts in Game 1 and closed out Game 2. That team didn’t have any expectations at all because they were so young and she helped them get through. I think a lot of their success that season had to do with how well Ivy pitched throughout the year. It really sticks out in my mind because I was a senior in high school and preparing to play for Tennessee the next season and I played with Michigan’s pitcher, Jordan Taylor, on my high school team. (Photo By Andrew Bruckse/Tennessee Athletics)

Meghan King for Florida State against LSU in 2018. Florida State lost to LSU the year before in the Supers at home and then got the chance to play them again in 2018. (bad weather). Florida State lost Game 1, and the first game of the doubleheader on Saturday went 11 innings and Meghan King threw a complete game, setting career highs with innings pitched (11.0) and strikeouts (12). That was a game-changer because it kept FSU alive for their championship run. The season was on the line and she came through and FSU went to the World Series and won the first NCAA title in program history.

Kelsey Nunley was the workhorse for Kentucky in 2014 as a sophomore. She helped Kentucky beat UCLA in the Super to take the Wildcats to their first and only appearance at the Women’s College World Series. Nunley was 2-1 against the Bruins, giving up four earned runs in three games with seven strikeouts. She was the most dependable arm for Kentucky and head coach Rachel Lawson rode it all the way to the end against Baylor in that epic comeback. 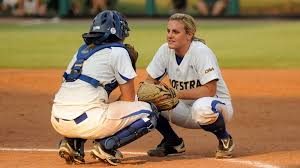 Hofstra had maybe the best pitcher in school history, Olivia Galati, when they played USF in 2012. She won three straight CAA championships and led the school to their first NCAA Super Regional in school history. She was SO TOUGH. I absolutely fell in love with her grit and determination. They also had a legendary coach and fascinating man, Bill Edwards, leading the team. He was amazing and was still teaching at the school and had coached many sports at Hofstra. Truly a memorable Super Regional as USF rallied to win in three games. All three games were by 2-1 scores and two went extra innings. It was just an epic pitching duel between Olivia Galati and USF’s Sara Nevins. (Photo: Hofstra Athletics)

Alabama’s Kelsi Dunne had some noteworthy performances at the Super Regional stage. As a sophomore in 2009, Dunne set an NCAA postseason record by throwing back-to-back no-hitters against Jacksonville State. Even in a stadium-silencing walk-off loss as a junior in 2010, Dunne struck out 16 against a potent Hawaii lineup in the Super Regional.

I was a sophomore at UCLA the first year the NCAA implemented Super Regionals and it seemed to really legitimize our sport. The added pressure of a three-game series shifted our game strategy. I don’t have one particular performance that stands out per se, but remember Texas A&M pivoted really well in 2007. We’d faced a scrappy A&M team in preseason and Amanda Scarborough and Megan Gibson were a formidable staff. At the College Station Super Regional, Scarborough pitched all three games against a tough Florida squad picking up wins in Game 1 & 3. Her gutsy performance propelled the Aggies back to the WCWS for the first time in 19 years.