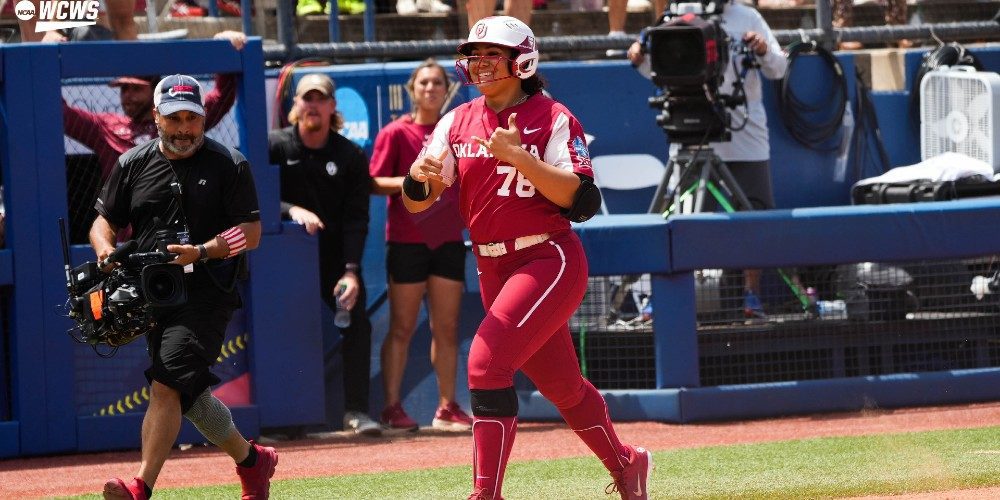 Being drafted No. 1 overall is a dream for athletes in any sport. Jocelyn Alo had it happen twice in the span of a few weeks last month.

But the Oklahoma star had to choose between Athletes Unlimited and Women’s Professional Fastpitch this year because their seasons overlap.

The NCAA’s Division I career home run leader made her decision on Monday afternoon, announcing on ESPNW’s Instagram Live that she was signing with the WPF club Smash It Sports Vipers.

“I just thought honestly it was the best fit for me and I have a lot of old friends on the team that I am very, very excited to play with and new ones I have never met yet but always watched play,” Alo told ESPN’s Holly Rowe. “I am just excited for this opportunity and just thank you to the Vipers and the WPF for believing in me.”

The WPF consists of two teams – the USSSA Pride and Smash It Sports Vipers. The league begins on Tuesday with an exhibition between the Pride and Vipers in Shawnee, Kansas and concludes on Aug. 6.

The WPF will travel throughout the United States during its inaugural campaign, including stops in Viera, Fla., Oxford, Ala., Evansville, Ind., Kansas City, Peoria, Ill., and Indianapolis, to play games.

Alo will make her debut with the Vipers June 22-30 at USSSA Space Coast Stadium in Viera, Fla. The games will be streamed at usssalive.com.

Alo just completed one of the greatest seasons in college softball history by leading the Sooners to their second straight Women’s College World Series title. The two-time USA Softball College Player of the Year finished her decorated career with 122 home runs.

She became the first player in NCAA Division I history to hit 30 home runs and bat .500 in the same season, finishing with 34 home runs and a .512 average.

Alo did not disclose the financial details of her WPF contract, but did say money played a role in her decision.

“It was a pretty big financial thing and I definitely had to talk it over with my parents and make sure that I made the right decision,” she said. “But I am excited for my contract now because I know just as time goes on women that are going to come through programs like this will have bigger contracts than mine. I think it’s a great way to grow the game. People are starting to invest in softball and it’s really great to see where we are headed.”

Earlier on Monday, the WPF announced former Texas catcher Mary Iakopo had signed with the Vipers.