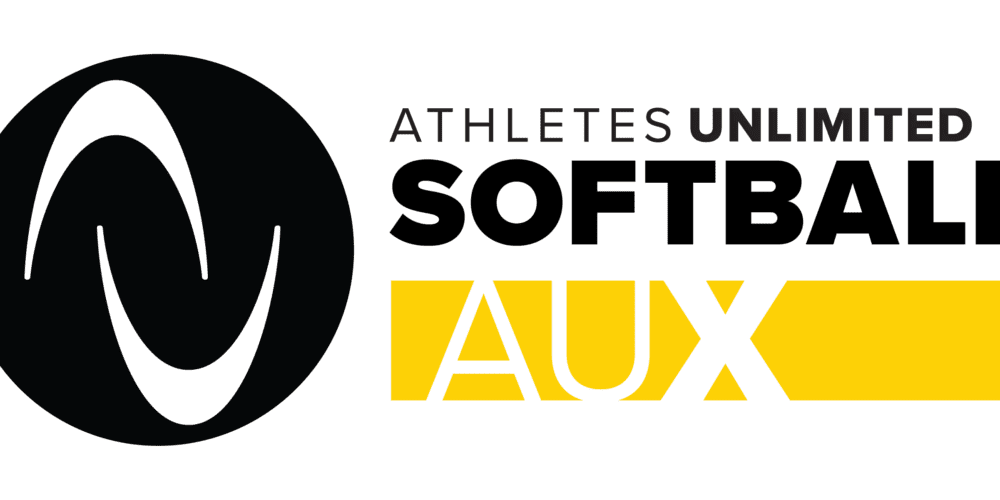 You thought softball was over just because they turned off the lights in Oklahoma City? Not so fast.

Stretch your legs and get some sleep this weekend because Monday brings the start of the AUX season in San Diego. The brainchild of Athletes Unlimited, the professional league entering its third year, AUX is a brand new competition. But more on all that momentarily.

From reigning AU champion Aleshia Ocasio to familiar faces like Haylie McCleney, Sis Bates and Dejah Mulipola to new arrivals like Rachel Garcia, Sierra Romero and Georgina Corrick, AUX doesn’t lack for star power. Here’s a look at everything you need to know for the new venture.

What is Athletes Unlimited?

We probably need to back up and begin here, even if it’s already familiar for some. Launched on the field in 2020, Athletes Unlimited (AU) currently operates professional softball, women’s basketball, women’s lacrosse and women’s volleyball competitions.

Across all its sports, the AU model is the same. Rather than independent teams with static rosters throughout the season, player-captains draft new teams each round from the entire player pool. Players earn points based on individual and team performance, with the leading scorers earning the opportunity to be captains and run a team for the following round.

At the end of the season, the player with the most points is the league champion. Like a golf or tennis tournament’s prize money, bonuses are awarded for all players based on their respective finishing place (in addition to the base compensation that each player receives).

Watching a game, you won’t notice much of a difference from more traditional softball models. The game is still seven innings, and the objective is still to score more runs than the other guy. Simple. You will sometimes see a team that already clinched a victory bat in the bottom of the seventh (because the points matter in weekly or season totals). That’s as odd as it gets.

How is AUX different?

AUX is the first attempt at in-sport expansion by Athletes Unlimited. It is essentially a second softball competition to complement what the league now calls the championship season. (The third championship season begins at the end of July in Rosemont, Illinois.)

Not unlike how a regular WTA tennis tournament doesn’t last as long as a Grand Slam and has fewer entrants, AUX has a more streamlined format than the original. Play begins Monday and concludes on June 25.

There are also a handful of AUX players not currently signed for the championship season.

In AUX, each round will consist of three days of doubleheaders (each team will have one day when it plays two games and two days when it plays one game). Then two days off, redraft and do it again. So players will be drafted a total three times.

Everything else about the scoring and rules remains the same from the championship season.

Where can I watch these games?

On one hand, Athletes Unlimited faired considerably better than most of its predecessors in getting its games on television or streaming platforms in its first two seasons. But distribution also jumped around a lot, both from game to game within weeks and from season to season. That made it difficult for would-be fans to develop routines.

This season you know where to look. Earlier this year, AU and ESPN announced  a two-year broadcast deal for both the league’s softball and lacrosse properties.

All 18 AUX games will air on ESPN, ESPN2 or ESPNU, an unprecedented commitment of linear network space to professional softball (a mix of linear networks and streaming-only broadcasts on ESPN+ come into play for the championship season later this summer).

Here’s the schedule for the opening round.

Why AUX? Why not just make the championship season longer?

That’s the question that the league must spend the next two weeks trying to answer.

On the surface, adding an ‘X’ to the end of your name to launch a second competition risks confusing or diluting a brand that is still new to a lot of softball fans. But after successfully pulling off a launch early in the pandemic, no small feat, and navigating the rescheduled Olympic summer of 2021, Athletes Unlimited felt ready to look at expansion.

“Softball had done well,” said Cheri Kempf, senior vice president and director of softball. “We know that it’s wildly popular. We know there are more than 60 players out there who want to play. We also know the players we had in the championship season want to play more. It was a natural question that we would ask what does expansion look like?”

Kempf added that player response was overwhelmingly positive for the five-week model of the original championship season. Given that most don’t live on a full-time basis in the host city and therefore have to uproot themselves, that makes sense. If financial reality means any expansion must still stop short of something that would constitute full-time work, five or six weeks is a long business trip but still manageable without completely disrupting life.

Similarly, where changing teammates every week might stay fresh for five or six weeks, there might be a point at which it becomes chaotic. AU and, according to Kemp, its players may be right that capping any single competition at no more than five or six weeks is ideal.

Still, the league had the option to split the season into identical halves, somewhat akin to what the Japanese professional league does (although that potentially runs into overlap with USA Softball and/or the start of football season and the corresponding loss of broadcast space).

Will AUX be able to carve out its own identity? Will a second bite at the apple help raise awareness of the overall league and build interest through two title races? We’ll see, but AU is betting that innovation is the answer.

“It’s not a trial run or any type of experiment,” Kempf said. “I think that it is our foray into expansion of a sport that we know can handle it, wants it, and a sport that is really popular.”

Where are the rookies?

Athletes Unlimited held its second annual college draft last month, but only three of the 13 players selected are participating in AUX. Why the low return? Partly because while AU can draft players whenever it likes, it can’t contact or sign them until they finish competing.

So, even if players aren’t mentally and physically exhausted at the end of the college season, working out the logistics can be tricky. Five AU draftees participated in the Women’s College World Series, including three in the championship series that ended last night.

Balint and Gibson have also signed on for the championship season.

The league also confirmed that 2022 draftees Mia Davidson, Sydney Sherrill and Peyton St. George, not participating in AUX, have signed contracts for the championship season.

What about Jocelyn Alo?

(Update: On June 13, Alo announced she will sign with Women’s Professional Fastpitch.)

That’s the big question in softball. Alo is committed to play for Team USA in the Canada Cup and Japan All-Star Series later this summer, but her professional future is up in the air. She was the No. 1 pick in both the AU and WPF drafts and said last week she’s still weighing her options.

Are there other big name additions?

You bet. AUX will mark Rachel Garcia’s professional debut. The former UCLA All-American and two-time USA Softball Player of the Year only competed for Team USA last summer. She will participate in AUX and the championship season and is one of a small number of players who signed two-year contracts this offseason – AU’s first multi-year contracts.

Also taking the field for the first time in the Athletes Unlimited setup is former USA Softball Player of the Year and USSSA Pride player Sierra Romero. She joins sister and Team Mexico Olympian Sydney Romero in AUX. Sydney made her Athletes Unlimited debut in 2021.

Both Romeros will also participate in the championship season.

How is the relationship with USA Softball?

Kempf said Oklahoma City was on the list of roughly 20 cities considered for staging AUX (although player interest was always strongly tilted toward Southern California). She indicated that AU CEO and co-founder Jon Patricoff and USA Softball Executive Director Craig Cress had at least casual conversations related to that subject.

That’s interesting in ways well beyond the search for a host site this summer. Longtime softball fans will remember that conflicts between USA Softball and professional leagues, namely NPF, were a summer staple through much of this century. The relationships went through periods of thaw and freeze, but it’s difficult to say they were ever in harmony or helped the sport.

With USA Softball involved in the launch of Women’s Professional Fastpitch this summer, the history raises questions about how AU and USA will coexist as the sport enters yet another, possibly permanent, Olympic hiatus. But for now, Patricoff appears intent on detente.

It’s no coincidence that the break between AUX and the championship season comes at the same time as the World Games in Birmingham, Alabama. And several Team USA players who are on the World Games roster – Haylie McCleney, Dejah Mulipola, Bubba Nickles, Gwen Sevkis – are competing in one or both AU competitions this summer. Team USA coach Heather Tarr was also a conspicuous guest at several AU games last summer.

How does the scoring system work?

Crucially, if no team wins an inning, those 10 points roll over, making the next inning worth 20 points. For example, a player on a team that wins a previously scoreless game on a seventh-inning walk-off would receive 120 points – 50 for the win and 70 for rolled over innings points.

The final way to earn points is through an MVP vote after each game. Players from both teams vote for the top three performers. The league also offers a premium club that allows fans to participate, with those results counted as one collective vote — meaning there will be 30 ballots from players and one ballot from fans. The player who comes in first in the balloting earns 60 points, second place earns 40 points and third place earns 20 points.

For draft purposes, AUX lists players as pitchers, catchers, corner infielders, middle infielders, outfielders or designated players. They do not have to play their listed position.