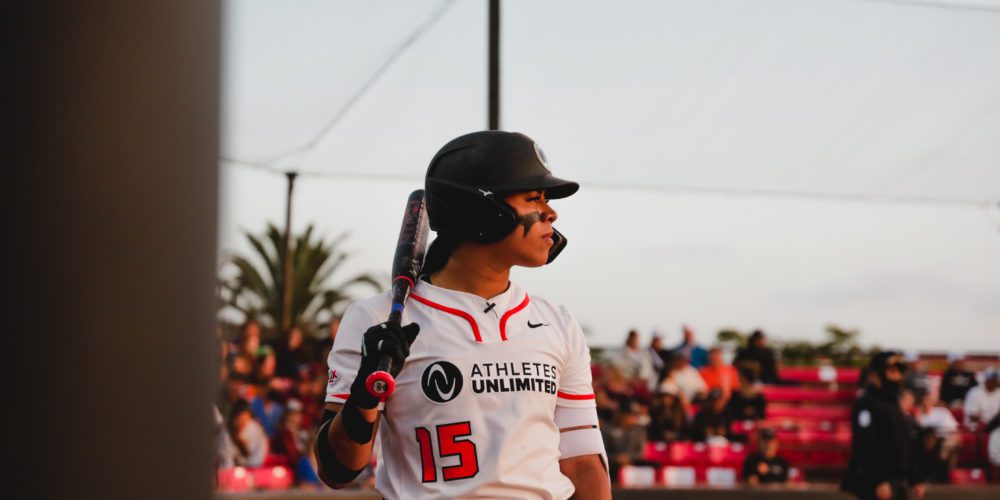 Dejah Mulipola is the first series winner in AUX, as the new competition’s opening round of games wrapped up Wednesday in San Diego. Already staked to a big lead on the overall leaderboard through her efforts in Team Chidester’s first three games, Mulipola cruised to victory by more than 150 points after driving in the go-ahead run in the series finale.