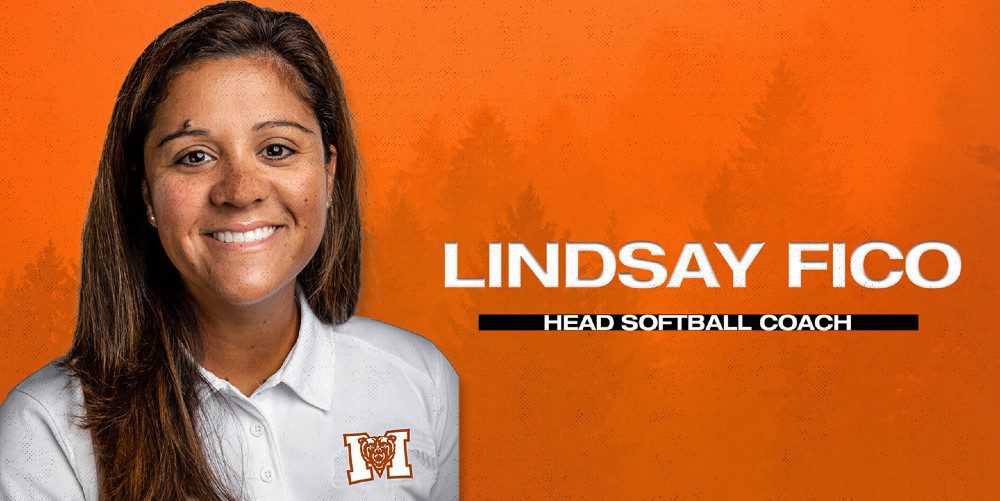 Lindsay Fico decided to take a chance and apply for the head coaching job at Mercer. She didn’t have any expectations at the start.

She’d spent the last three seasons as the head coach at Santa Fe College, a community college located in Gainesville, Florida. She knew a direct jump to the same role at the NCAA Division I level wasn’t easy, but she wanted to see what was possible.

“Honestly, I put my name in just hoping to get an interview. More than anything, it was for the experience,” Fico said. “But once I got there and saw the campus and met everyone, I really wanted it to work out because it’s a very warm place and it gave me the feeling immediately that everyone there wants everybody to succeed.”

Fico was hired in late June, and made the move to the Macon, Georgia campus with her family.

As Mercer prepares for fall ball to start, Fico provided some insight into her transition for our Coaches in New Places series.

RP: Why did you take this job?

LF: “From a softball standpoint, I think the state of Georgia is a strong recruiting base. Not only can you recruit talent nationally, but you can recruit locally because of how much tremendous talent there is in this area. I felt like it’s a place where me and the coaching staff can have success pretty quickly. The research I did on the roster made me feel like what was still here is very athletic and they want to win and Mercer has the resources to make sure everybody does have a true opportunity to win.

RP: What is a defining philosophy of programs you coach?

LF: “My assistant coach Cara Parker and I talk about it a lot. We want to build a program that kids want to be a part of while they are here and after they are gone. We want them to come back and for the program to be something they are really proud of and something they enjoy representing. I am someone who thinks if I am going to be somewhere for a certain amount of hours a day, I don’t think I have to be miserable to get anything done. I don’t think our players have to be miserable or on edge to get things done. I want it to be an enjoyable atmosphere. I do think when someone feels good they play good. That is probably the most important thing if you build a culture, that people want to be a part of it. If that happens, the winning usually takes care of itself. The student-athletes are very, very coached up and well trained by the time they get to college and sometimes college coaches, including myself, forget why they recruit the athlete and it was because of something we saw before they got here and then they almost coach it out of them because they are trying to get them to fit a mold. That was something that I learned from Coach Walton. He didn’t want everybody to look the same. He wanted everything to work a certain way and was particular about certain details, but he also appreciated individuality. That is what I want to try and do here. It worked at Santa Fe, and I think it’s why we had success pretty quickly.”

RP: What is the biggest challenge of the new job?

LF: “I think any time a coach is new to a program the biggest challenge is kind of breaking that ice and building that trust with players you have there. They have to believe in you because I am sure some things we do are going to be very different than the way it was done in the past, and just getting them to buy in as quickly as possible is the biggest challenge. Once you build that trust with the players, I think the softball takes care of itself. But that is by far the biggest priority as a coaching staff, just getting to that point of establishing that trust between each other where you really can have any conversation you need to have, good, bad or indifferent. I think the hardest thing from a personal standpoint is just learning the ins and outs of how Mercer does things. It’s really going to be a baptism by fire in the office of learning what transportation company you use and who does this or who does that. It’s a little bit of a learning curve there. You go from JUCO, which I think has one rule all the way across the board to the Division I world, where there is a rule for every rule. So that will be a little bit of a change. But everybody at Mercer is so willing to help.”

RP: How have the returning players dealt with the change?

LF: “Everybody has been very open-minded so far and all the communication we’ve had up until this point has been honest conversations. Now that the players are coming back to school and I am starting to see them in person, there is an overwhelming feeling of excitement. I haven’t gotten the feeling from anyone about any worry or ‘oh gosh, what is going to happen?’ Again, I think because everyone has been very open from the get go with communication. I think once we have the first team meetings and they learn what our expectations are in practices and games, I think there will be even more of a feeling of comfort for them.”

RP: Who is your biggest inspiration in life?

LF: “There are so many different people in my life that have been so important. First and foremost, my parents. Good lord they drove me all over everywhere when I was playing and now when I am coaching. They just don’t miss a game. A huge inspiration is my husband (Damon) and my little one (DC). I am blessed that I am very supported by a wonderful husband and our little one has taken this change in stride, better than I think the two of us have, which is very inspirational. Being 6 and crossing state lines to attend a brand new school with brand new teachers and all the surroundings isn’t easy. But he’s done it. That is very much a huge part of how something like this would work for me. Then, Coach Walton was a big part of me becoming a coach. Even though I only got to play for him for one season, he was a reason I wanted to stay around the game and be a person that taught the sport, whether it was in an individual setting or a group setting. Just the way he did everything was top notch and with class.”

RP: Outside of softball, what do you love doing most?

LF: “I joke with people that if I had picked up a golf club earlier, I don’t think I would have ever picked up a softball bat. I really enjoy golf. It’s something that I play with my husband, dad and brother and I enjoy spending time with them. I also enjoy being on a boat in Florida. I love the water, either fishing or doing something at the beach. I will probably have to do more bass fishing up here in Georgia and find a few lakes and rivers. But really, it’s just about being able to spend quality time with the family and be active with them. DC is about to start tennis, so I am really immersed in whatever is on his docket and just enjoying those things with him.”

Said it before, Coach Fico is the best coaching hire of the season. She and Coach Parker brought the love of the game back to my daughter and helped her mentally and emotionally more so than with the game. The love that they show for all the members of their team is just incredible. More coaches should take on their philosophy of love and family atmosphere and see what it does for their program. And her family from Damon and DC to her parents Mike and Nida you won’t find any bigger supporters of the program and the players. They treated my daughter like she was theirs. If it were possible my girl would have followed this coaching staff through a brick wall. I wish nothing but love and good luck to the Mercer softball program and can’t wait to follow them on their journey. Good luck Lindsay!!!! The Petersons send their love!

Jill– I couldn’t have said it better!! She and Cara are the best!!

Duke’s St. George Tricks Out Some Orthotics For a Special Blue Devils Fan