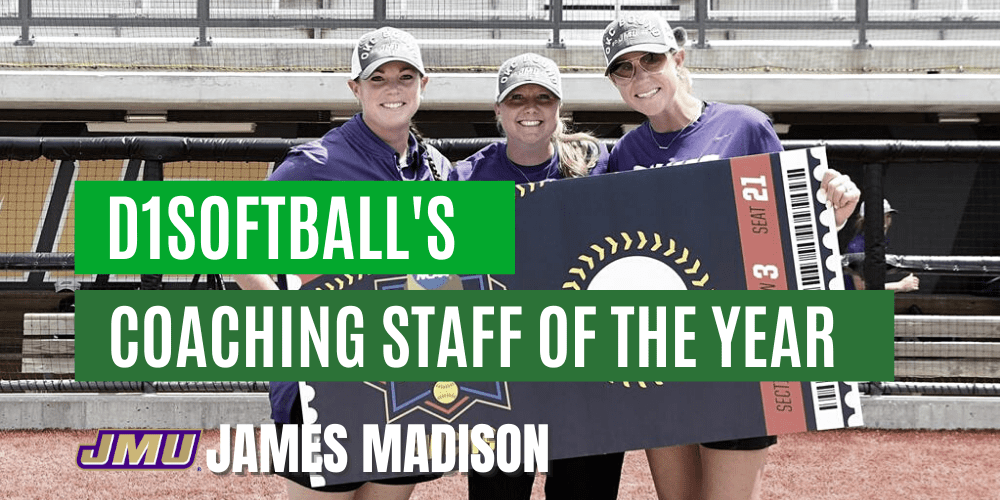 Now that everyone caught their breath after the longest Women’s College World Series on record, it’s time to sit back and celebrate the best and brightest of the 2021 season. We’ll hand out a slew of D1Softball awards in the coming days, leading up to the reveal of the first D1Softball Nine — the most exclusive club in college softball.

It certainly appeared James Madison missed its Oklahoma City moment when it lost a back-and-forth home super regional against LSU in 2016. But instead of receding, the program surged forward from that apparent high-water mark. It grew even after LaPorte replaced Mickey Dean and after all-time talents Jailyn Ford and Megan Good moved on. And it reached its peak this season when the staff gave Odicci Alexander the tools to maximize her potential and desire, turned a starting spot over to Lynsey Meeks and stuck with Kate Gordon through a postseason slump. All while giving the rest of the country a three-week head start on the season.

Almost every time a challenge arises, whether its within a game, a season or over the course of years, the Dukes seem to come up with an answer. That sounds like good leadership to us.