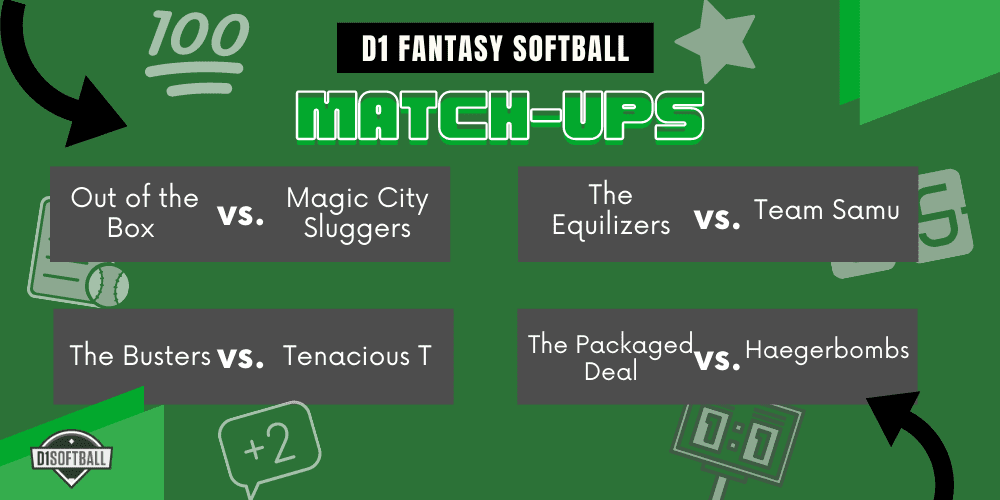 Out of the Box remains undefeated. The manager, Gray Robertson, also remains undefeated in his quest to post the best video lineups on Twitter. As we head into the last week of round robin play, here are the scores from Week 4:

Teams will play each other for the 3 weeks. After the 3 weeks, the playoffs will starts we will do seeding by points total. The top team in the East plays bottom team in the East, same with the West. Once a player has started the week. They have to stay in the lineup for the duration of the week. Substitutions can only be made barring injury or COVID. Trades between teams up until Week 3, after that roster is set.