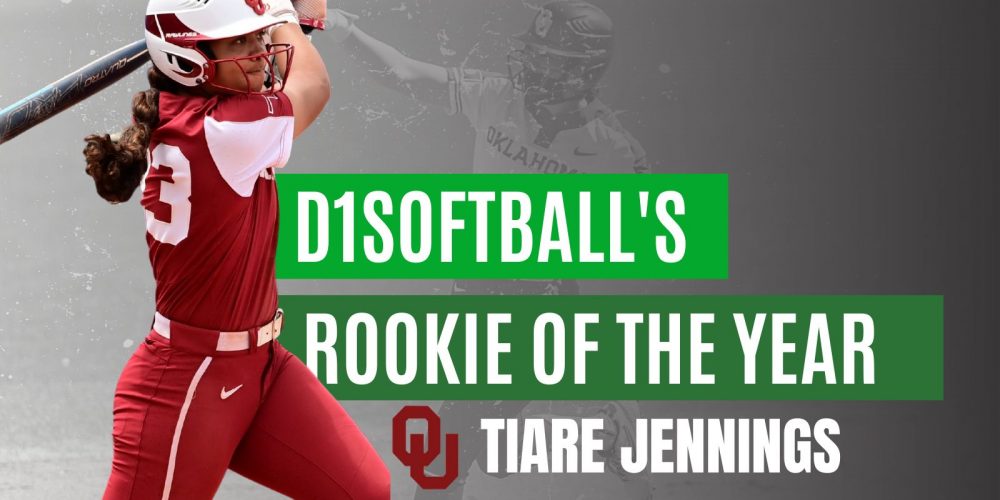 Now that everyone caught their breath after the longest Women’s College World Series on record, it’s time to sit back and celebrate the best and brightest of the 2021 season. We’ll hand out a slew of D1Softball awards in the coming days, leading up to the reveal of the first D1Softball Nine — the most exclusive club in college softball.

2021 D1Softball Rookie of the Year: Tiare Jennings, 2B, Oklahoma

Jennings led the nation in doubles, setting an Oklahoma single-season record with 25, and ranked second nationally with 27 home runs. No other player had even 20 of each. In fact, no other Power 5 player had more than 18 doubles.

She just happened to share a lineup with Jocelyn Alo this season.