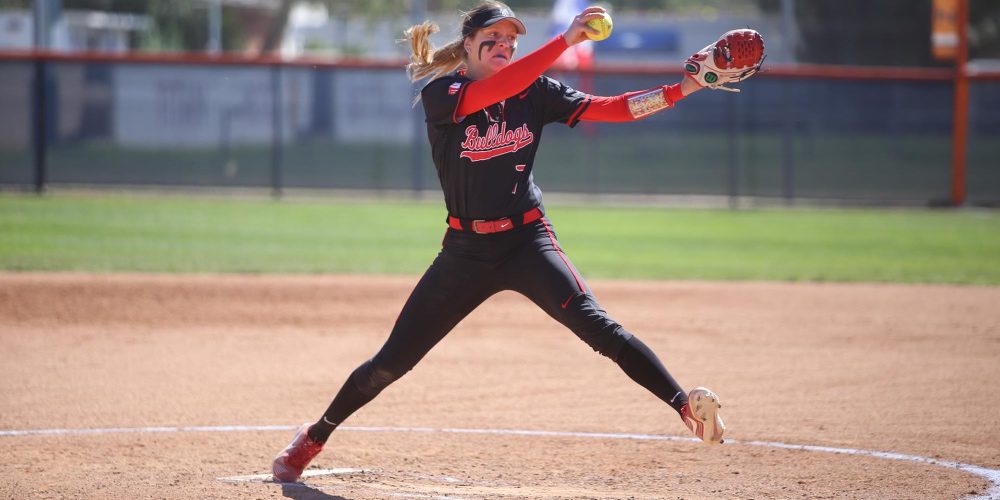 The Top 100 pitchers in the nation include some big time names in the 81-90 section.

Fresno State’s Hailey Dolcini checks in at No. 83. The righties’ numbers speak for themselves. Dolcini finished the abbreviated season 10-1 with a 1.51 ERA, 77 strikeouts and 31 walks in 65 IP. The junior shut down a red-hot Texas offense at the Judi Garman Classic back in February, picking up her second win against a ranked opponent. Dolcini beat Michigan to start the season and continued to show growth throughout tournament play. Fresno State pitching coach Jodie Cox raved about Dolcini’s work ethic and leadership qualities.

“She does not take 1 pitch or rep off no matter the circumstance,” Cox said. “There were some practice days a few weeks into season where we were resting her arm. It never failed those off days she did the same amount of pitching she would have thrown in her bullpen just with her lower half and no ball.”

She also spoke about her ability to throw to various zones and pin point her pitches:

“She’s able to bring a pitch up and in, down and out, etc with precision. She’s smart about setting up hitters and pitches to her strengths all while making her own adjustments. She completes every single pitch and has an expectation bar for herself day in and day our that makes her who she is. ”

Freshman Karli Keeney went 5-5 on the season, appearing in 17 games for the Flames. The righthander shouldered the bulk of the innings for Liberty striking out 45 in 78 innings. Keeney started against Kentucky to open up the 2020 and kept their explosive offense to two runs through six innings.

“Karlie has the rare ability to throw multiple pitches in multiple zones and she’s a tough competitor,” said Liberty pitching coach Paige Cassady. “Her experience facing the best hitters in the country will continue being the driving force behind her mental and physical training in the next four years. These physical and mental attributes are why she is one of the best in the country.”

Pease threw 59.1 innings and started nine games for the Gophers.  The Idaho State transfer was the Big Sky Co-Freshman of the year last year and provided much needed support for veteran Amber Fiser. The sophomore went 4-2 with 2.12 ERA, 62 strikeouts, and 10 walks. Pease rated 95.59 in Pitch Ability recording a .947 WHIP and allowing few hits and walks per innings pitched. The sophomore showed composure and control with a key win over Florida State at the St. Pete Clearwater Invitational. She was also given the ball against the No. 1 ranked UCLA Bruins and gave up just four hits in the start. 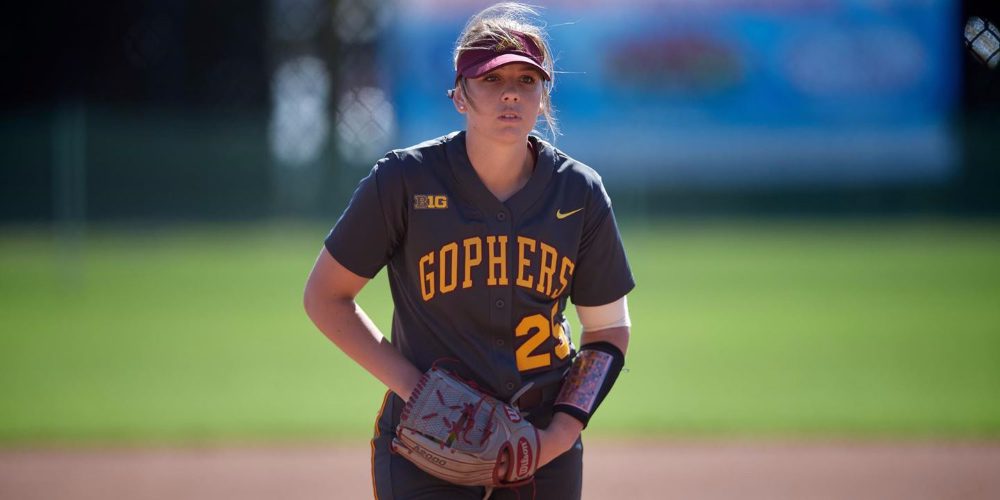 For the full list of arms in this range, become a D1Softball Subscriber: