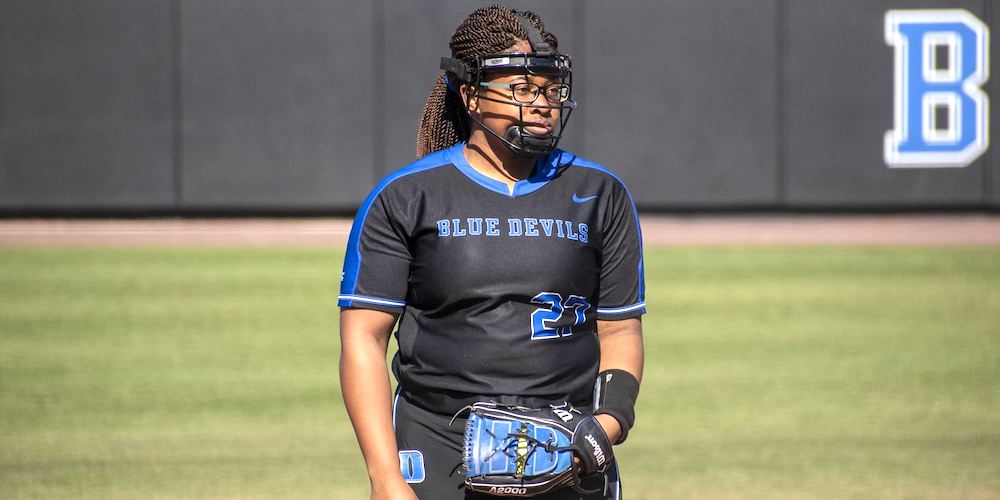 It’s time to kick off our D1Softball Analytical coverage with the nation’s Top 91-100 pitchers!

Checking in at No. 100 is CSUN junior Kenedee Jamerson.  Jamerson tied for the top spot in the Big West with eight victories, going 8-2 with four complete games in 77.2 innings pitched, 29 strikeouts, and 14 walks. The lefty starter works the ball down in the zone and gained velocity this season.

“She’s an amazing kid, great teammate, hard worker, and an inspirational person,” CSUN head coach Tairia Mims-Flowers said. “She has really good down spin and can work both sides of the plate and mix speeds.”

No. 97 is Southeast Missouri State’s Rachel Rook, who went 4-2 for the Redhawks with a 0.72 ERA in 40.0 innings pitched. She also struck out 51 and walked seven. The tall right-handers’ go-to pitch is the rise but added mixes in a change and drop to keep hitters off balance. Rook is a life-long learner and added a curve to her arsenal this season.

“She works extremely hard at being successful every day as a pitcher and teammate. We always say that as a player, you have to be accountable for your development and she has done absolutely that.” said SEMO head coach Mark Redburn. “She loves to compete, she doesn’t fear any hitter, team, or situation.  She’s done that right from the beginning since  her freshman year.”

Duke finished the season 23-4 with the two stellar arms in the circle, one being, Brianna Butler. Ranked No. 93, the junior right-hander went 8-2 with 0.99 ERA with six complete games in 56.2 innings pitched, along with 17 walks and 55 strikeouts.

“Brianna Butler is a true power pitcher. What makes her elite is her ability to gas pitches by hitters at 69-70 mph with tremendous late break then pull the string with a great change,” Duke head coach Marissa Young said. “Brianna improved her velocity and command this offseason which lead to her success this season. Her ability to stay even keel in big moments is a big asset we look forward to having back the next two years.”