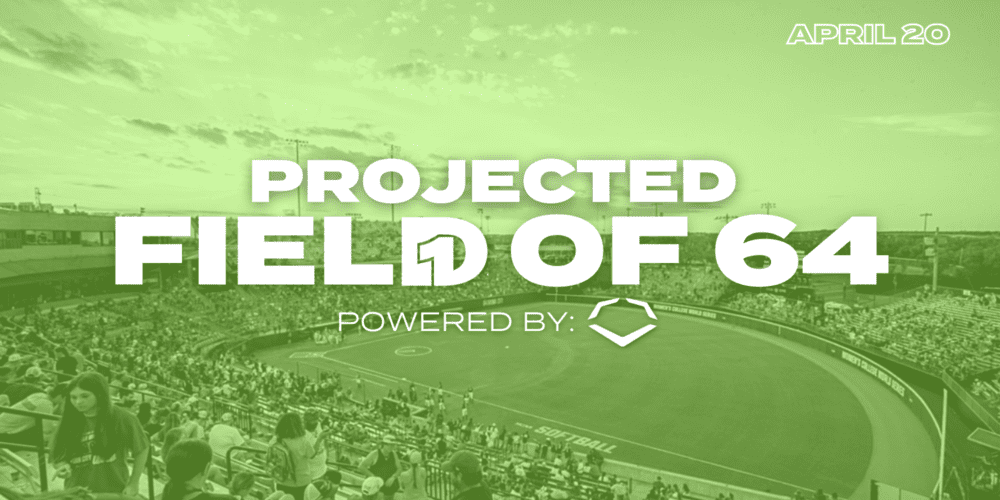 The end of April calls for another Field of 64 projection. Our projections take in what we know through the data the NCAA selection committee leans on in filling out the real deal, the “Nitty Gritty” report chief among the tools.

First, the basic math. The field is made up of 32 automatic qualifiers. The vast majority of these are awarded to the team that wins the conference tournament, not the regular season title. To project those cases without any bias, we take the team that currently has the strongest RPI.

For example, Alabama and UMBC aren’t currently in first place in their respective leagues, but they are projected as the automatic qualifiers because they currently have the strongest RPIs in the SEC and America East, respectively. The WCC, on the other hand, doesn’t have a conference tournament, so Loyola Marymount gets the nod as the projected automatic qualifier because it tops the standings.

The remainder of the field is comprised of 32 at-large bids.

In terms of the 16 national seeds who will serve as regional hosts, the only change from our first projection is Washington replacing Oregon. UCF and Georgia were also strongly in contention. Washington and UCF have similar resumes to this point. The Huskies find an edge with a 4-5 record against other seeded teams, compared to UCF’s 2-6 record. UCF has more total wins but also more wins beyond the RPI top 150.

The most difficult part of this selection was deciding Nos. 7-10 between Florida, Arkansas, Oklahoma State and Duke. All are still very much in the running for a place in the top eight, and the corresponding right to host any potential super regional.

The at-large field is also Power Five heavy, with South Florida the lone at-large not from one of those conferences. Teams like Wichita State and Charlotte are close, but ended up on the wrong side of the bubble. In the SEC, everyone aside from South Carolina makes it. The ACC, Big Ten and Pac-12 all see seven teams make the postseason. For the Big 12, only the three hosts (Oklahoma, Oklahoma State and Texas) get the nod at this point.

Note: The data considered for this projection was based on the RPI update from Monday, April 18.