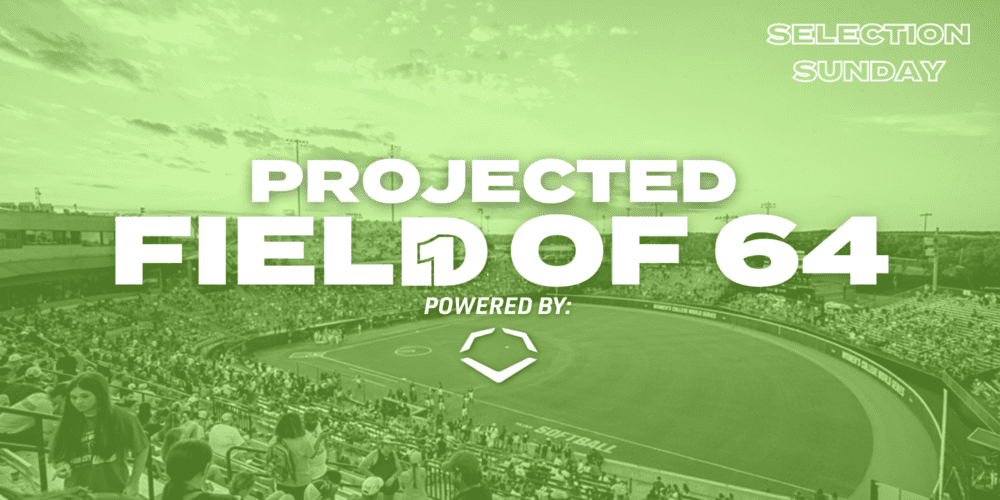 It’s Selection Sunday! We already know the 32 automatic bids and a good chunk of the at-large teams. But what about the last host and the bubble? We discuss it all below.

Note: All RPI data included is based upon the update from 5/14

It’s assumed that 15 of the hosts are considered “safe.” We believe the last spot will come down to either UCF and Texas. This is a good time to remind everyone that these projections aren’t what we would do but rather what we believe the selection committee will do.

On paper, UCF has a lot of advantages over Texas. The Knights have one fewer win against the RPI 1-25, yet have a better winning percentage in those game (although Texas also has one of the best wins of the season against No. 1 Oklahoma). In the 26-50 category, UCF’s 10-4 record is much better that the Longhorns’ 4-2-1 mark. Both teams have a non-conference strength of schedule in the top 15. UCF also has a head-to-head win against Texas in Clearwater, Florida, in February. Picking Texas has more to do with the committee’s historical track record than a one-for-one comparison of current resumes.

Louisiana and James Madison each hosted regionals in both 2015 and 2016. They were the last hosts that didn’t come from the Power Five, a streak UCF is trying to end. Looking at the four resumes from those seasons, those teams removed all doubt. In some cases, you could even argue that they were seeded too low. Unfortunately, history suggests you just have to work harder coming from those conferences. UCF is more than deserving to host – strictly by the numbers, they probably should host ahead of Texas, Maybe the committee will surprise us all, but I’ll believe it when I see it.

The last four teams did little to help themselves. Wichita State was already out of the AAC Tournament, and South Florida failed to capitalize on eliminating the Shockers when it, in turn, was run-ruled by UCF on Saturday. Oregon State and Arizona both lost regular season finales. For the Beavers, they had already clinched their series against Utah. Arizona dropping another series, this time against Stanford, would have made sleeping tough on Saturday night. But winning the three-game set against the Utes, who are our first team out, earlier in the season might be the difference.