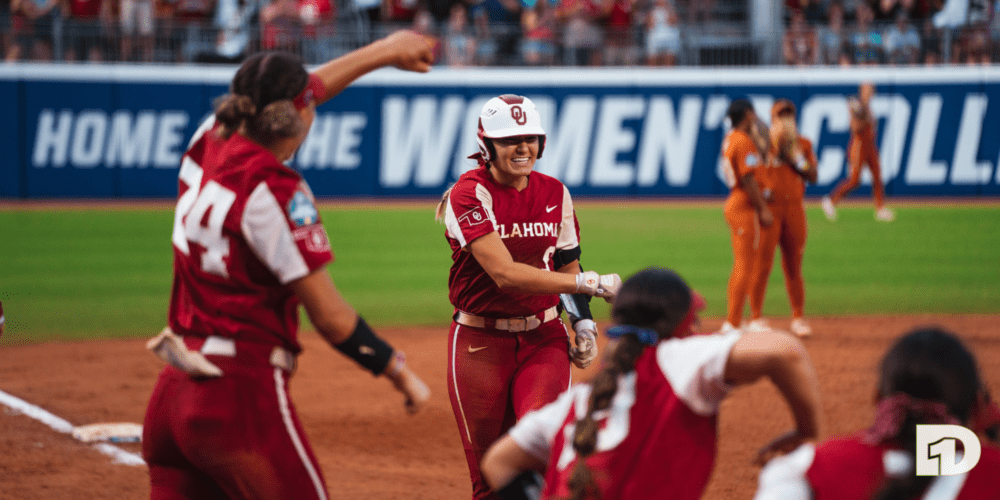 From the first pitch in February through the final out in June, there was never much doubt about the No. 1 team in the nation. Fresh off its second consecutive national championship, Oklahoma retains the top spot in the final D1Softball Top 25.

In measuring the season as a whole, the only teams that defeated the Sooners at some point this season occupy the next three spots. Coming off a sensational postseason run that ended as national runners-up, No. 4 Texas makes the biggest jump among the teams at the top of the poll. The Longhorns finished with more losses than any other team in the top eight, but their tournament run through Washington, Arkansas and the opening rounds of the World Series balance out the regular season struggles that left them unseeded in the bracket.

No. 2 Oklahoma State and No. 3 UCLA couldn’t slow the Texas juggernaut in the World Series, but their overall body of work across more than 60 games was no less impressive. The Bruins finished with the second-best winning percentage among World Series entrants, while the Cowgirls won four of six games against the Longhorns and deprived the Sooners of a clean sweep of trophies in the Big 12 tournament.

After our quartet of headliners, No. 5 Florida and No. 6 Northwestern started well and finished strong. Virginia Tech checks in at No. 7 after losing a heartbreaker against the Gators in the Blacksburg Super Regional. No. 8 Arkansas, No. 9 Arizona and No. 10 Oregon State round out the top 10.

While the Big 12 claims bragging rights of its own with three of the top four spots, the SEC and Pac-12 still lead the quantity race with eight and six ranked teams, respectively.