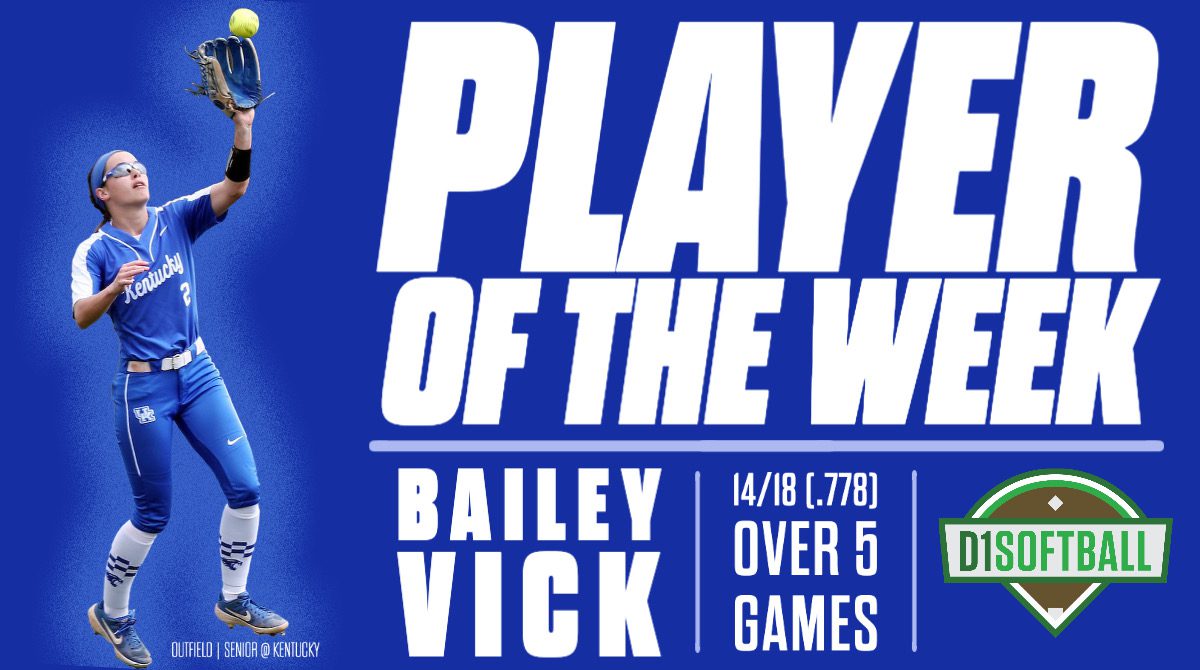 D1Softball’s first player of the week is Bailey Vick who went 11-for-11 in her first 11 plate appearances last weekend. She hit .788 on the weekend with 15 hits and eight runs scored, three RBI and four stolen bases including a 5-for-5 game against Georgia Tech, setting a new career-high for most hits in a game. The lefty slapper is leading Kentucky with a .605 on the season leading her team in the leadoff spot.

“She has worked really hard on her game with all of the rule changes, so it’s nice to see all her work pay off,” Kentucky head coach Rachel Lawson said. “She’s an exceptional athlete and has been an integral part of our team the last four years. She is also one of the best outfielders that I’ve ever coached and made  some exceptional plays this weekend on defense.” 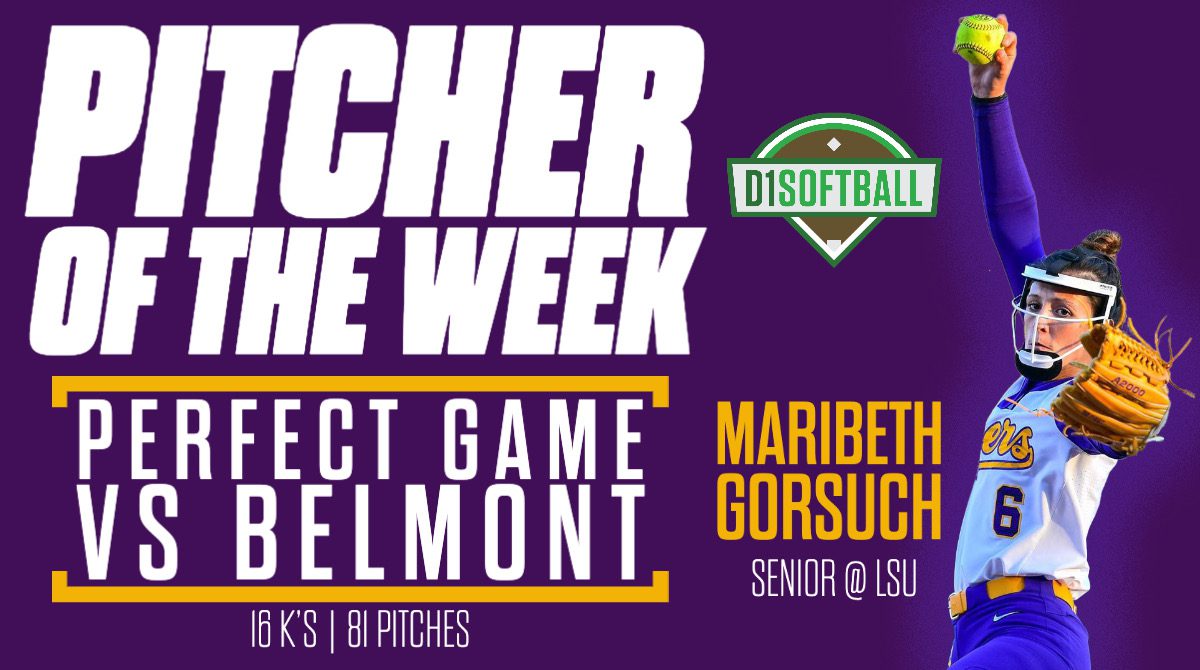 The first Pitcher of the Week is the perfect candidate, none other than LSU’s Maribeth Gorsuch. Gorsuch was dominant in the circle last week as she pitched two shutout victories, including the first seven-inning perfect game in program history. On Saturday night she faced 21 batters and threw 21 first pitch strikes.

“We’re really proud of her. She had a special night on Saturday. She did some things that I’ve never seen in my entire career on a softball field,” LSU head coach Beth Torina said. “Twenty-one first pitch strikes is unheard of, I don’t know if I have ever been a part of something like that. We’re excited for what she’s going to do the rest of the season.”