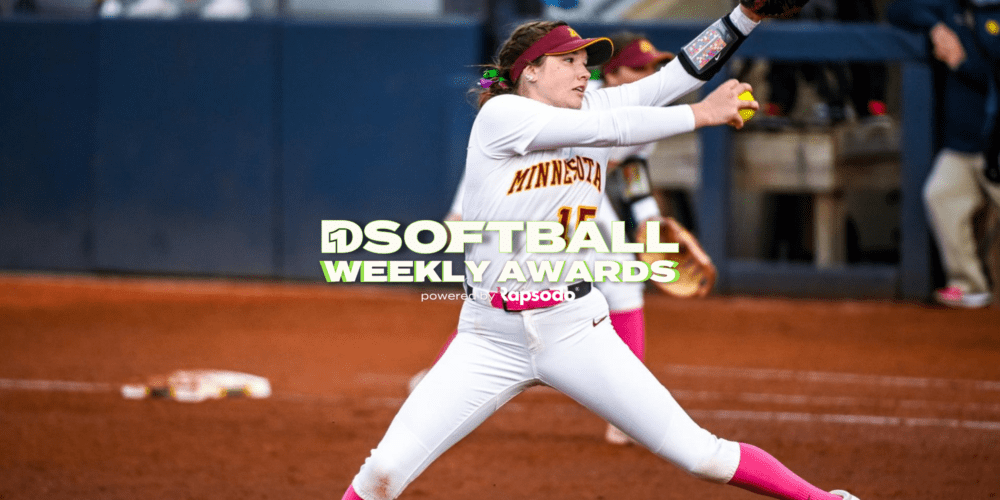 The graduate senior caught fire at the plate in FSU’s series sweep of NC State. In the final two games, Sherrill was 5 for 8 with four home runs, five RBIs and five runs scored. She hit three home runs in her first three at-bats of the series finale to become the first FSU player in program history to hit three home runs in a game.

The rookie righthander went 3-0 last week with a 0.70 ERA, two complete games, one shutout and 22 strikeouts in 20.0 innings of work. Leavitt threw a complete-game three-hit shutout in the series opener against Northwestern and collected two wins in the doubleheader against Wisconsin, including a career-high 10 strikeouts in game two.