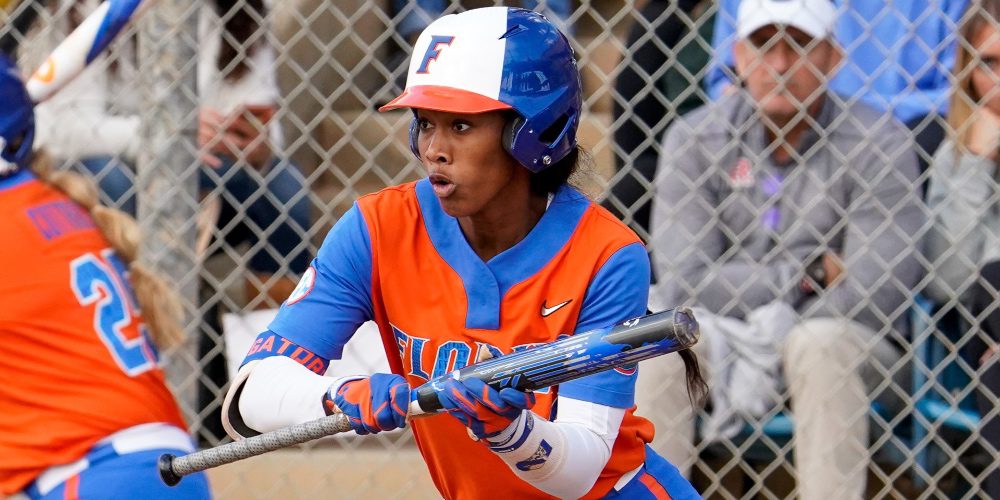 Player of the Week: Cheyenne Lindsey

The sophomore outfielder finished 8 for 11 with five runs scored, two doubles and five RBIs to help the Gators sweep Auburn in the SEC-opening series. Lindsey, who has recovered from an ACL injury, scored the game-winning run in the 11th inning of the first game for a 2-1 Florida win. She leads the SEC with eight hits and ranks third in batting average .727 after three games played during the opening weekend. She is also tied for the most runs scored (5) and is tied for second in in RBIs (5) and total bases (12).

“She is just now starting to get back to playing a lot more like you think she can play. She can hit the ball over the street. She has got so much power and so much athleticism. It is nice to see her really coming into her own athletically, confidence-wise, being able to deliver big hits. I am really happy with her overall growth for sure.” – Florida head coach Tim Walton 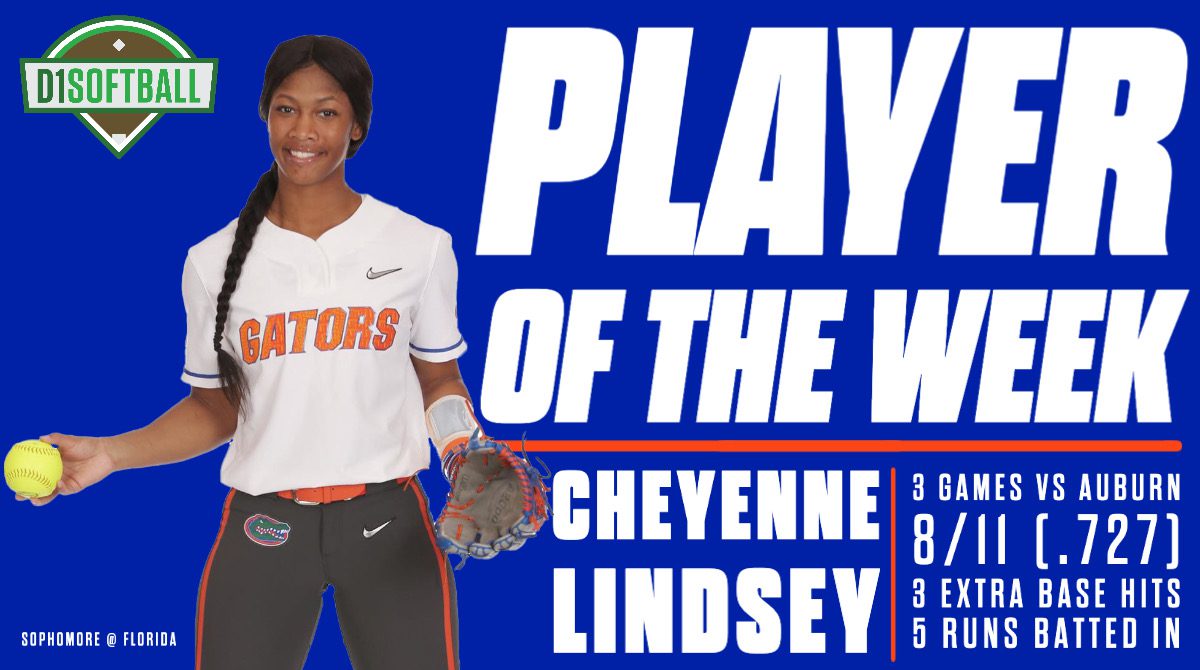