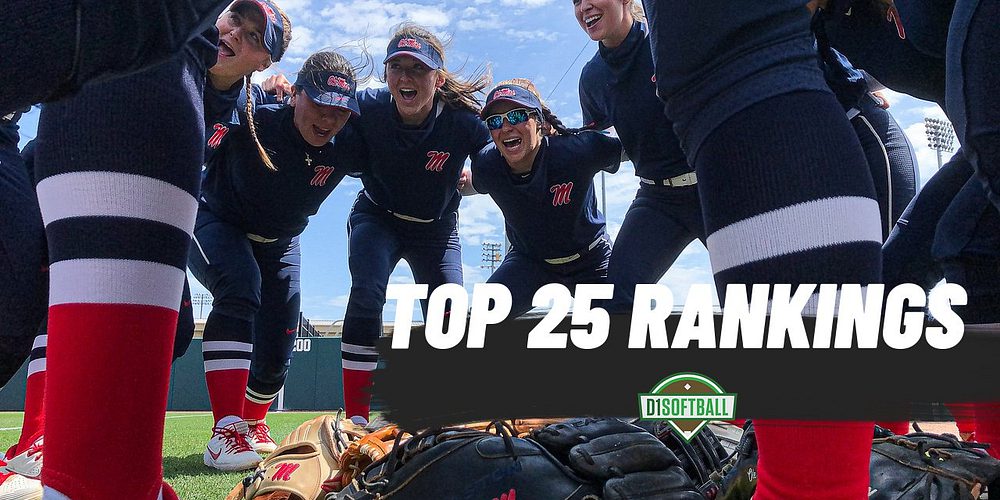 The top two spots remain unchanged in the D1Softball Top 25 Rankings after No. 1 Oklahoma and No. 2 UCLA enjoyed yet another undefeated weekend. Florida jumped to the No. 3 after a series win over No. 5 Alabama. In similar fashion, No. 4 Washington moved up in the polls after a conference-counting sweep of No. 8 Oregon. No. 10 Arizona State rounds out the Top 10 after completing its first conference-counting sweep of No. 11 Arizona since 2012.

After recording a four-game series sweep against Maryland, Michigan enters the poll at No. 22. Ole Miss also joins the rankings at No. 24 after a series win on the road at Texas A&M.

The SEC leads all conferences with eight ranked teams, followed by the Pac-12 with five, the ACC with four and the Big 12 with three. The Big Ten and AAC put two teams in the Top 25, followed by the Sun Belt with one.