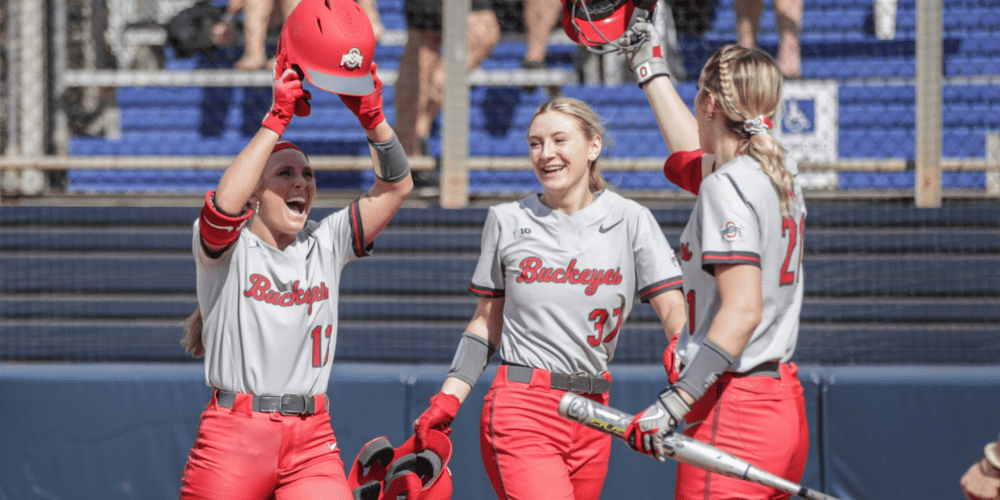 It was a week to remember in Division I softball as the Pac-12 began conference play and the SEC continues to resemble The Hunger Games.

Oklahoma remains in the top spot with a 25-0 record, 21 wins by way of the run-rule. No. 2 UCLA jumps ahead of No. 3 Florida State after the Seminoles dropped a game to an unranked Boston College. Alabama remains No. 4, just ahead of No. 5 Virginia Tech, which swept UNC at home in its second ACC series. Florida falls one spot to fifth after a tough weekend in College Station, Texas. Duke remains at No. 7, just in front of gritty No. 8 Northwestern.

No. 9 Arkansas and No. 10 Oklahoma State round out the top 10 after the Razorbacks picked up a series win over No. 14 Tennessee and the Cowgirls picked up five wins at the OSU Mizuno Classic.

No. 16 Texas makes the biggest jump in the poll after a wild 5-0 weekend, featuring a pair of victories over Louisiana and a sweep of No. 25 LSU.

The SEC leads all conferences with nine teams, followed by the Pac-12 with five teams. The ACC (4), Big 12 (3) and Big Ten (3) also place multiple teams in the rankings, along with one from the AAC.