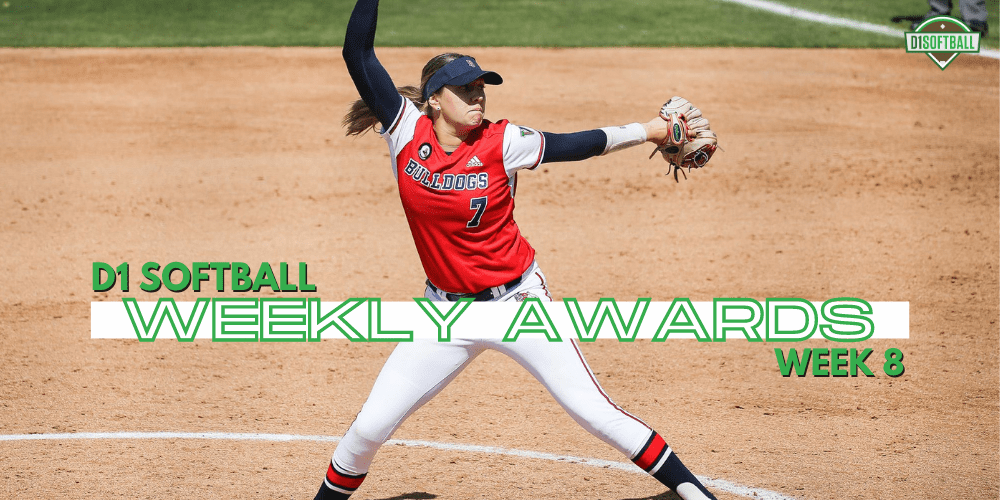 Bunch reached base in every plate appearance during a three-game weekend series, going 4-for-4 with two home runs, a double, two stolen bases, eight RBIs and nine runs. Evansville decided they had enough and intentionally walked her three times in the final game of the series.

Miller tossed two perfect games against visiting La Salle to lead the Rams to a 4-0 weekend. The right-handed hurler put up identical stat lines, striking out 12 of the 15[…]