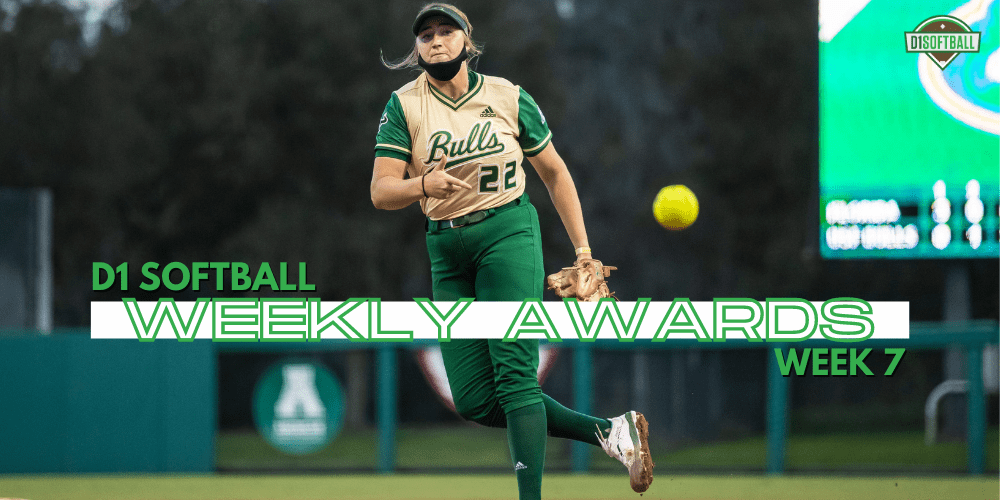 From walk-off hits to defensive gems, Jada Cody was everywhere. The sophomore utility player went 7-for-16 with a double, two home runs and three RBIs in high-pressure situations. Cody doubled to center field to score Allyse Volpe to tie the game against Florida in the seventh and blasted a solo shot in the eighth inning to defeat Houston in game one of the four-game series.

The right-hander went 3-0 with a save last week against Memphis and North Florida. Corrick allowed just 10 hits and no earned runs, striking out 28 in 23.1 innings pitched. In the doubleheader against North Florida, Corrick pitched 10.0 innings, earning the win in game two and tallying nine strikeouts. Against Memphis, she made three appearances, throwing 13.1 innings and striking out 18 batters.

Shelby Lowe (8-2) faced some stiff competition this week, and carried Auburn to a win over a stout Missouri club. The rookie hurler tossed a in five-hit shutout — her third shutout of the season — in game three of the series, and tossed 14.1 innings last week striking out 17 batters and giving up zero free passes.