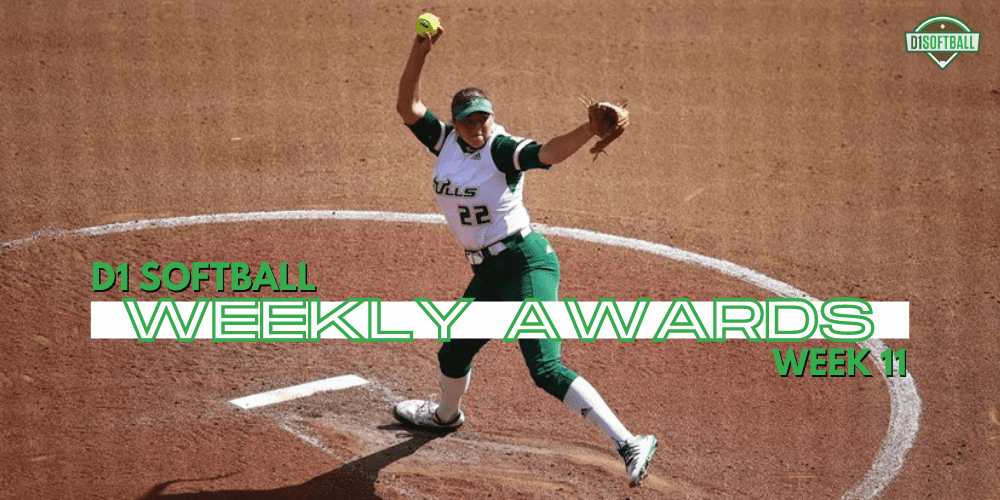 Georgina Corrick beat the American Athletic Conference leader Wichita State three times. Corrick allowed just two runs in three complete games. The USF ace was hot at the plate as well, helping out her own cause by blasting a three-run home run in the final game of the series to slam the door shut on the Shockers.

The freshman shortstop hit .444 in a three-game series at No. 14 Kentucky. She saved her best for Sunday doubleheader’s finale, hitting two home runs with four hits and five RBIs in those two games. Pleasants leads the Tigers in RBIs (42) and home runs (10).

Freshman of the Week: Carlie Scupin, 1B, Arizona

Scupin went 6-for-8 (.750) at the plate, including double and two home runs, in Arizona’s four-game sweep against Utah. The rookie drove in six runs and reached base nine times in 11 plate appearances (.818 OBP).