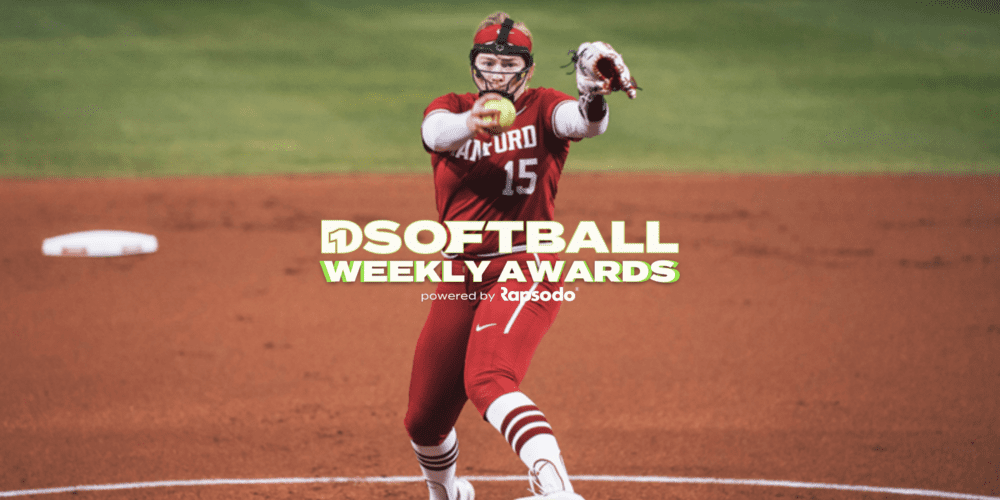 Alo went 8-for-13 with five home runs and eight RBIs for the week, including 7-for-10 with two walks in a Big 12 series against Texas Tech. Her barrage against the Red Raiders also featured a game with three home runs, the first time the all-time home run champion did that in her career. She now leads the nation with 21 home runs and is fifth with 49 RBIs (tied with teammate Tiare Jennings, among others).

Vawter knocked off the No. 2 team in the country and moved into sole possession of the conference lead in wins. The junior right-hander led the Cardinal to their first series win against UCLA since 2013 by tossing a four-hit complete game shutout in the finale. She is the only pitcher to shut out the Bruins this season. And while she didn’t win the series opener, she offered a preview of what was to come with eight strong innings against one of the nation’s best lineups.

The freshman beat Troy twice in a key Sun Belt series, knocking Troy ace Leanna Johnson’s team out of the top tier in the conference, at least for now. Landry’s line in the series: 13 IP, 4 H, 1 ER, 10 K, 2-0.