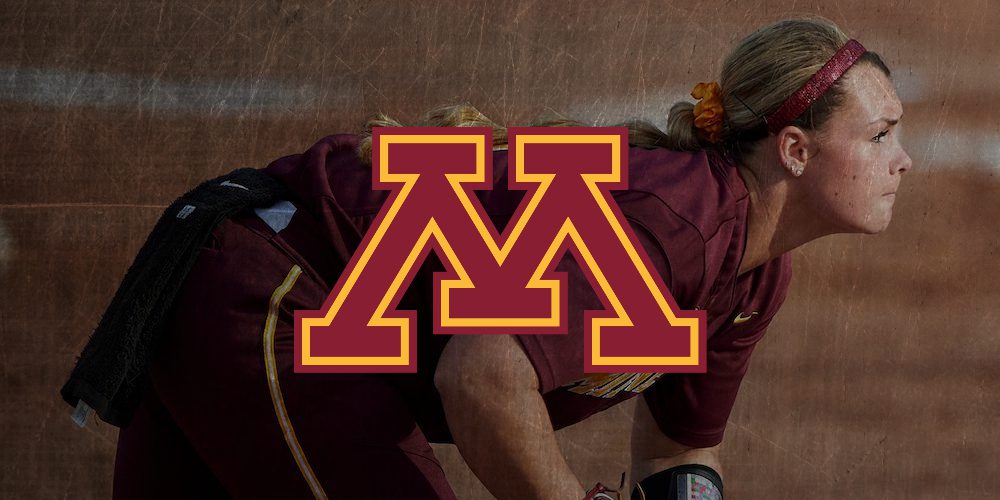 Sunday is the most important day of the week for Minnesota Softball.

The Gophers enter each Sunday with a championship mentality.

“Last year, we were 14-0 on Sundays, and I challenged them to finish each series strong,” said Trachsel. The 2019 squad answered her call all season long, and the Gophers finished the year making school history by advancing to their first-ever College World Series.

“Getting the No. 7 seed was a pivotal moment for our program,” said Trachsel, who was hired as head coach after the 2017 season, “It was a change, and it allowed us to stay at home.”

The well-earned top-seven seed provided a better route to the WCWS and allowed the Gophers to play both regionals and supers on home turf.  Two years ago, on Selection Sunday, then ranked top-ranked Minnesota found itself in a nightmare situation. The Big Ten Tournament Champions, under former coach Jessica Allister, were snuffed by the selection committee and ended up in the Tuscaloosa regional with Alabama as the No. 16 seed. Minnesota, with a record of 54-3, entered the NCAA tournament in utter shock. The Gophers suffered two heart-breaking losses to Alabama and failed to advance to supers.

Fast forward two years later, and the Gophers entered the 2019 preseason with the No. 1 RPI and the motto “Why not us?”

Minnesota finished 2019 with a 46-14 overall record and showed gradual improvement.

“We had continual growth,” said Trachsel, “Good, great teams find different ways to win. We made big pitches in big moments and big plays in big moments. It was a real team effort.”

“Going down to Texas and winning the series against them embodied our team because different people were able to step up at different times.”

The Gophers took two of the three games against then Top 10 Texas.

In conference play, the Minnesota coaching staff attributed its success to a group that enjoyed and trusted the process. The last series in May against Northwestern further exemplified what they had been working on all season long: taking championship Sunday. Dropping the series opener to the Wildcats provided the perfect late-season test for Trachsel and her squad.

“We came back the next day and run-ruled them. Then facing Williams on Sunday in front of a sold-out crowd of more than 1,300. We were able to finish that final Sunday.”

The Gophers finished third in the Big 10 but drew the No. 7 seed and hosted the Minneapolis Regional, going 3-0 to advance to the supers against LSU. Minnesota kept the winning streak alive and took the series from the Tigers in two to advance to the WCWS. The Gophers ended the season ranked No. 8. The route to the WCWS wasn’t easy as Minnesota faced two powerhouses from the SEC in Georgia and LSU. However, the Gophers proved to the nation that they belonged on the big stage once and for all.

This Gopher senior class is hungry for a national title. They were freshmen in 2017 when the NCAA Selection Committee snubbed them. Last season, they advanced to the CWS for the first time. This team has been through adversity. However, Traschel is focused on the future:

“This is a new year, we have new personnel, and we are on a new journey. We are proud of what we accomplished, but our senior class is hungry. I told them you have to be willing to work for what you want. All of our opportunities are in front of us. Our goal is to win a national championship at Minnesota.”

Over the last decade, Minnesota has had more than a few talented arms in the circle, including returning All-American Amber Fiser. Under the instruction of one of the best pitching coaches in the nation, Piper Ritter, Fiser returns to the Gophers for her senior season.

“We kept reminding her how good she was…throughout the preseason, we were facing top 10 pitchers every week. She learned how to be a number one pitcher and about handling the load when she didn’t have a lot of run support.”

Last season, Fiser went 31-9, 1.27 with 346 strikeouts and 74 walks in 259.2 innings. She’s a delight to watch with wiffle ball type movement at high speed. Fiser also mixes in an off speed that will make any batters’ knees buckle. She will enter the 2020 season ranked fifth in all-time leaders with 666 career strikeouts. Minnesota will need another strong season out of Fiser to reach their goal of winning a national championship.

Backing up Fiser is sophomore Idaho State transfer Autumn Pease. Pease has shown good movement this fall, works both sides of the plate, and can change speeds. Joining Fiser and Pease is freshman righthander Kianna Jones. Jones is on the Canadian Junior National Team, agile on the mound and throws mid-60s. To round out the staff, senior utility player, Carlie Brandt is always available to throw some innings this for the Gophers if needed.

The Gophers lack depth behind the plate were going to look to Emma Burns to fill that void. However, Burns has since entered the transfer portal and is no longer with the Gophers.

Minnesota batted just .284 on the season but received big production from the top of the lineup. Makenna Partain was lights out for the Gophers batting .383 in the leadoff position. She also led the team in on-base percentage, hits, triples and broke the school single-season record for the most runs (66) in a season. At first base, junior Hope Brandner will return to the three spot in the lineup with a .354 19 HR 59 RBIs.

“Brandner and DenHartog were two huge hitters that carried the big load for us with their power,” said Trachsel.

Sophomore Natalie DenHartog hit .373 with 17 home runs and led the team with 64 RBIs in her first year as a Gopher. Back from a season-ending injury is redshirt sophomore, Elle Jensen. Jensen suffered a stress fracture in her leg in early last season and played in only 14 games for the Gophers. The speedy lefty will add speed on the bases and in the outfield for Minnesota.

BYU transfer Brooke Vander Heide joins the Gophers for her senior season, and Trachsel asserts she is one of the best outfielders you will see. The four freshmen are slated to make an impact immediate impact on the program and have been putting in most hours at practice this fall. Trachsel spoke highly about Jones’ bat who will add some significant power to the middle of the lineup.

A hungry Gophers squad will contend for another Big Ten title if they can stay healthy. They will need key contributions from the incoming freshman and transfer class to get the job done. Look out for Minnesota Softball on any given Sunday.