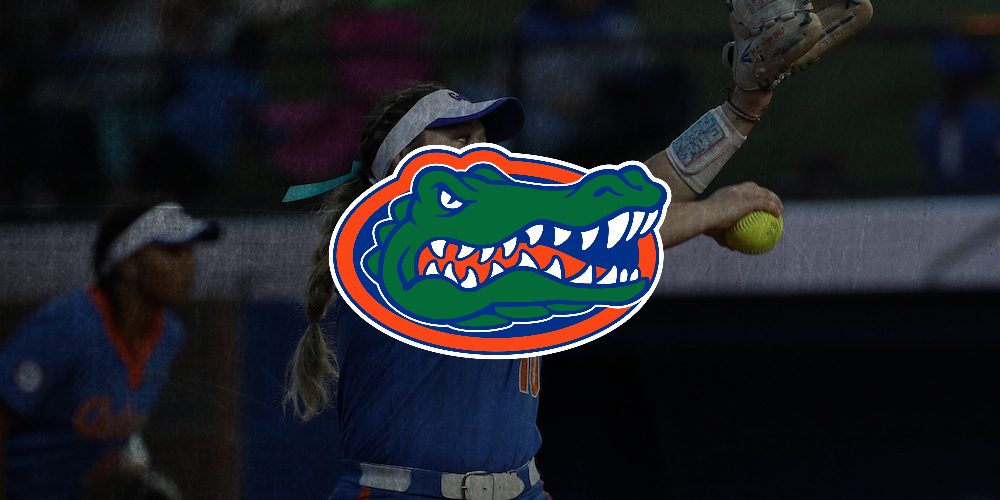 Florida head coach Tim Walton had trouble selecting players for the program’s leadership council this season. Not because Walton didn’t have enough candidates. To the contrary. It was because he had too many.

Walton normally identifies two or three players to join the council. But he picked nine players this year and could have easily taken more.

“This is one of the largest groups we’ve ever had in regard to having players that identify as having the characteristics to be great leaders,” he said. “I think we have a pretty mature team; I think we have a lot of players that can really impact our culture and our team in a positive way.”

Florida is trying to overcome the loss of All-American’s Kelly Barnhill and Amanda Lorenz to graduation this season to stay in the title hunt as one of the top teams in the nation.

The Gators reached the Women’s College World Series for the 10th time in the last 12 years last season. They finished 49-18 overall, falling short of 50 wins for the first time since 2012.

The SEC Tournament champions struggled offensively last season, with only two players batting higher than .300 – Lorenz (.422), who is now a graduate assistant for the Gators, and Kendyl Lindaman (.330). Florida hit only .264 as a team, which ranked last in the SEC.

Florida’s leadership council plays a big role in setting the tone for each new season. The players involved not only develop leadership skills for softball, they are empowered for life beyond the field.

The tradition has been passed down through the classes since Walton arrived, with more and more players learning what is required to be a leader.

“The players need to take a lot of ownership in regards to their work habits,” Walton said. “They have really bought into the fact that to be a Top 10 team every single season it’s going to take the next person to step up and fill the shoes of the graduates.”

Along with having more players, Walton expanded the leadership council this year to include a strength and conditioning coach, a trainer and assistant coaches.

“I think that has really helped so that we can share more and it’s not all coming from the head coach,” Walton said. “ We have more people to share their personal story and also share some things that motivate them to help our players.”

Just because players are not named to the council doesn’t mean they can’t be leaders. The goal is to improve communication and share the tools among everyone.

“Even if you are not an elite team, you are better equipping people to go into the real world by doing this,” Walton said. “They are just going to be more successful because we have prepared them better.”

There is no way to replace Barnhill. The ace provided Florida with a dominant security blanket the last four seasons.

“Nobody in our program is going to fill those shoes and we are not trying to fill them,” Walton said. “I don’t think I have heard anybody trying to do this or that because Kelly is gone. I think the maturity of our team has really been good and we want them to be who they are.”

“Natalie has really improved over the last two years and gotten better and better,” Walton said. “She is better this year than she was last year, so that is really encouraging. From what we recruited her to be, she has probably risen the fastest.”

Florida has welcomed freshman lefthander Rylee Trlicek, the 2019 Texas Gatorade State Player of the Year and a member of the USA Softball junior national team.

“She has a chance to throw a lot of innings for us,” Walton said. “She is what we pictured her to be.”

Rounding out the staff are senior lefthander Katie Chronister and sophomore righthander Danni Farley, who combined for 30.3 innings last season.

“I am always really careful with how I assess fall,” Walton said. “I’ve had kids be fall All-Americans and then can’t pitch in the spring, and had kids struggle in the fall and become way better in the spring.”

First base will be a by-committee approach and based on offensive needs.

Lindaman has played at first during the fall. The senior All-American had a team-leading 15 home runs and 54 RBIs last season

“We are trying to figure out what is the best fit for her, not only this year but in the future after college,” Walton said.

Five players on the roster have catching ability, with Lindaman, senior Jordan Roberts and freshman Julia Cottrill leading the way.

In the outfield, senior Jade Caraway will likely be in center field and senior Jaimie Hoover at one of the corner positions.

“From there, it’s kind of to be determined,” Walton said. “People always ask me in the fall every year, ‘who are you playing in the outfield?’ and I tell them, ‘whoever we can find from the infield positions that can hit.’ I put them in some of those spots. We have a couple of freshmen that are playing really well and bring different dimensions offensively.”

Don’t be surprised to see the Gators make multiple lineup changes late in games for defensive purposes. Walton has embraced the idea of having a “seventh-inning lineup” to help protect a lead.

“That is something I have really tried to do a better job of in the last few years,” he said. “I’ve been trying to figure out ways to get our best defensive players out there to make sure we can seal the win at the end.”

Walton tries to take advantage of two-for-one substitutions as much as possible, like sending in a strong defender to pinch run in the sixth inning.

“I am a National League fan, just because of the way the pitching hits and the management of the game is a little bit different than maybe the American League side,” said Walton, referring to Major League Baseball’s structure. “I like to figure out who you can upgrade on your team late in the game with the double substitution. That is the mindset for me to make sure all my players are playing to their strengths and playing to the team’s strengths.”