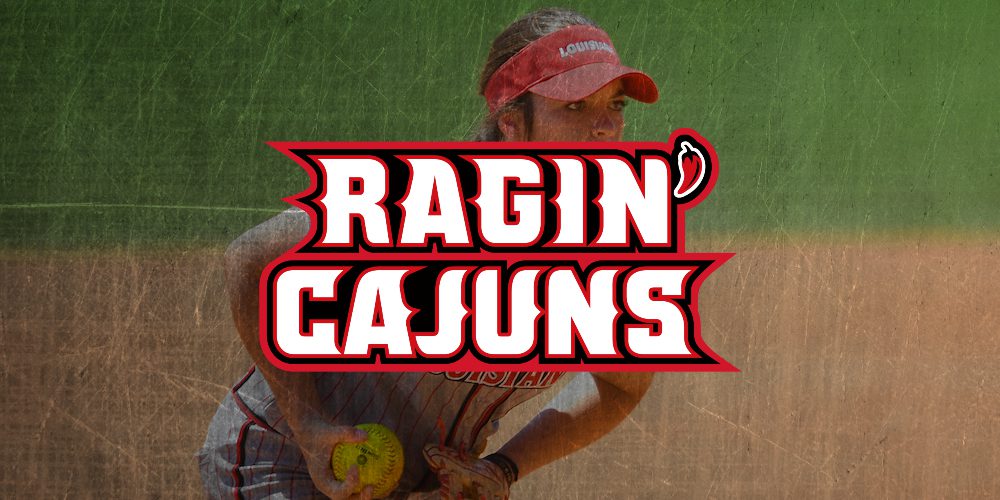 The plan was to build for 2023 and try to “salvage” a few seasons until the new recruits arrived.

But that was before the Louisiana Ragin’ Cajuns became an Ellis Island of sorts for softball transfers.

Bolstered by an influx of veteran Power 5 players, Louisiana isn’t waiting to restore the program’s status as national title contenders.

“In 11 years of college coaching, I’ve never had a roster this good and this deep. This is the most talented team I have ever coached,” Louisiana head coach Gerry Glasco said. “Whether we can play like that I don’t know. But this team has all the talent in the world.”

Louisiana has 11 Division I transfers in the program this season, including All-American pitcher Megan Kleist and infielder Kaitlyn Alderink.

Kleist, a senior transfer from Oregon, will make her Louisiana debut after sitting out last season. Alderink, a graduate transfer who played at Texas A&M, will see her first action after a 16-month layoff.

Joining Kleist in transferring from Oregon was Mia Camuso, while Missouri transfers Callie Martin and Geana Torres also made the move to Louisiana.

“It is really interesting and a unique situation. I have never had this many transfers all over the field. We may start eight transfers,” Glasco said. “I don’t think that has probably ever been done before.”

The Ragin’ Cajuns swept the Sun Belt regular season and tournament championships last season. They recorded their first 50-win season since 2012, and finished ranked No. 18 in the final USA Today/NFCA poll after spending a portion of the year in the Top 10.

Glasco, a former Georgia and Texas A&M assistant, envisions even more upside from this season’s team with all the added firepower.

“If we have good chemistry, we should be a Top 10 program all year,” Glasco said. “I think even in the SEC we would be a top two or three team this year.”

But having so much talent means managing playing time. The Louisiana coaching staff is trying to prepare players for having to share innings.

“We have to learn how to accept days we get to contribute to our team and days we are sitting and watching other players play,” Glasco said. “They need to understand how to handle that and how to develop a mindset of doing what is best for the team over the course of the season versus what is best for me as an individual player.”

Glasco hopes his experience coaching in National Pro Fastpitch gives him a better grasp on the depth dynamic.

“The biggest thing to come out of that is you learn how to handle 23 to 24 All-Americans. Anyone could play on any given day in the NPF,” he said. “The key is the 13 to 14 kids on the bench and how they react on days they are not playing. That is ultimately what determines the fate of the team.”

Glasco doesn’t expect to build Louisiana’s program on transfers for years to come. Once he was hired in 2017, he viewed it as a good bridge to help address some roster attrition.

“I don’t want to be transfer university,” Glasco said. “My 2021 signing class is ridiculous and the 2022 class is top five or six in the country, so we want to eventually be like a four-year program.”

But Louisiana will ride this year’s transfer-laden roster as far as it can go.

“If the team chemistry is terrible, we will lose all the big games,” Glasco said. “But I think we are definitely a team to follow if it works.”

Louisiana will have two All-Americans anchoring the staff in Summer Ellyson and Kleist.

Ellyson, a senior right-hander, was Sun Belt Pitcher of the Year last season after leading the nation in wins at all NCAA levels. Ellyson was 39-6 with a 1.11 ERA and 354 strikeouts in 50 appearances,

During the 2018 season, the righthander was 21-7 with a 1.32 ERA and 221 strikeouts with just 21 walks. Kleist had a no-hitter against eventual national champion Florida State and a one-hitter against then-No. 2 Oklahoma.

Junior Carrie Boswell, Louisiana’s No. 2 pitcher last year, will have more of an offensive role this season. Boswell led the team in RBIs in the fall.

“She is kind of a throwback to the years of (Megan) Gibson and (Amanda) Scarborough and players like that,” Glasco said.

Alderink’s arrival will help fill a void at second base for Louisiana. It allows the Ragin’ Cajuns to keep senior Alissa Dalton at shortstop and junior Melissa Mayeux to shift to third base.

“Mayeux was outstanding for us in the fall,” Glasco said. “She really improved as a hitter and her defense was outstanding. I think she will be great for us at third base for the next two years.”

Dalton, who played at Oklahoma as a freshman, was the Sun Belt Conference Player of the Year last season. She batted .400 with 43 RBIs and 49 runs scored while making only six errors over 158 total chances.

“This is the first time since I’ve been here that this team has a lot of depth in the dugout. We have multiple players for multiple positions,” Glasco said. “Any game we can have three or four starters sitting on the bench. These are kids who can play a major role throughout a season.”

Playing time will be determined through competition at practices. Louisiana has daily contests with winners and losers tracked.

“The winners put themselves in the lineup and the losers lose their spot in the lineup. At the end of the day, you accept your role and accept that you earn everything,” Glasco said. “As long as a kid knows she had a fair shot and equal opportunity, there shouldn’t be any trouble with the culture.”