🚨BREAKING: Mike Smith has resigned as the head coach for @OleMissSoftball. The program had been undergoing an internal review. https://t.co/fH2Yl6RvdX 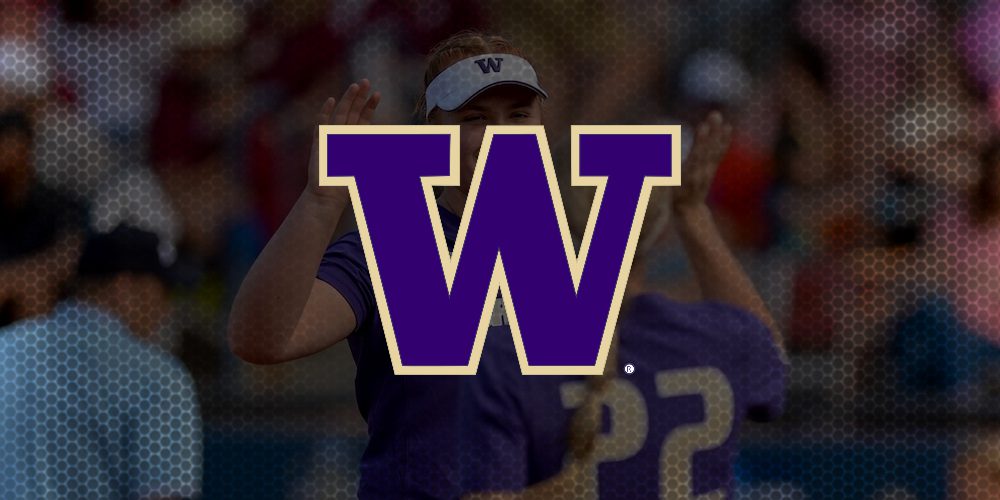 The women who wear the purple and gold are mighty.

Many years ago, the Huskies modified the third line of their fight song to include women. Now, “Mighty Are The Women” is synonymous with Washington Softball.

The tagline appears on team issued shirts, is chanted during games, and truly embodies what it means to play for Washington. Fittingly, the Huskies’ leader is the mightiest woman in UW history, head coach Heather Tarr. Entering her 16th season at the helm, Tarr is 636-244-1, recording the most wins by any coach in any sport at Washington. Adding to her resume, Tarr led the U19 U.S. National Team to a gold medal this past summer as head coach and was recently named assistant coach of the Women’s U.S. National Team.

To say expectations are high in Seattle is an understatement. Last season was no different.

Washington advanced to the WCWS for the seventh time under Tarr since she took over in 2005. However, with high expectations often comes disappointment, and Tarr reflected on last season.

“It leaves a bittersweet taste in your mouth but, we take the analytics and get back to work to see how we can get better. We get back and ultimately figure out how to win.”

Washington entered 2019 with high hopes after finishing the 2018 campaign as the national runner up.

The Huskies graduated an experienced senior class, including the likes of Taylor Van Zee, but were fortunate to bring back two dominant arms in the circle in Taran Alvelo and Gabbie Plain.

“Taran just throws at such a high velocity. She is among the top three pitchers to be a part of this program,” said Tarr, “We had millions of opportunities. Taran and Gabbie were so formidable.”

Alvelo’s stats confirm her legacy as she went 26-6 with 1.55 ERA, 300 strikeouts and just 43 walks in 203.1 innings. In her tenure at Washington, she racked up 895 strikeouts ranking second behind former Washington great Danielle Lawrie.

Gabbie Plain split time and games with Alvelo throughout the season, producing a strong one-two punch for the Huskies.  The duo helped Washington clinch a share of the Pac-12 Championship and sweep of Arizona.

“It was a big thing for us [sweeping Arizona] because it was a younger group,” said Tarr, “They we able to merge more into the lineup. Algorithmically, it is hard to win our conference. Sweeping Arizona at Arizona, specifically for me, that was the first time we had done that.”

Washington breezed through the Seattle regional, going 3-0 with wins against Fordham and Mississippi State and moved on to supers as the No. 3 national seed. The Huskies hosted Kentucky and advanced to the WCWS. Yet, Tarr is the first to admit Washington fell short in its campaign.

In Oklahoma City, UW dropped its first game to Arizona in an extra-inning thriller and proceeded to beat Minnesota and Oklahoma State. Then, the Huskies lost a heartbreaker to eventual national champion UCLA.

“Finishing second/third two years in a row,” she said. “You come home, and there is no reception or celebration. In any other sport, there’s a ticker-tape parade.”

Tarr addressed her 2020 club this fall while training with the US Olympic Team in Nevada.

“Gabbie was gone for the first week of school competing in the Asia/Oceania qualifier in China, and Sis Bates was gone for the US tryouts. It’s rare for this team to be without Gabbie and Sis.”

“Gabbie will play for the Australian National Team this year but will stay on the roster and pitch for the Huskies with little interruption. Gabbie is scheduled to compete in the Asia/Pacific Tournament in January but will join the Huskies for the duration of the 2020 season.

“We have tons of depth, and that’s what is going to be our strength this year,” she concluded.

Plain returns to UW as a junior with plenty of experience. In her sophomore year, Plain went 24-2 with 1.24, with 246 strikeouts and 43 walks in 186 innings. She will be a workhorse for the Huskies.

“The more she pitches, the better she gets,” Tarr said.

Junior lefthander Pat Moore returns after appearing in just eight games last season. The DePaul transfer throws in the mid to upper 60s and keeps hitters off balance with her change of speeds.

Joining the juniors are two freshmen, Kelley Lynch and Brooke Nelson. Lynch was a member of the U19 U.S. National Team. Both, along with Plain, likely will see more time hitting as well.

“From a pitching standpoint, many say, can Kelley Lynch get better and apply what she knows how to do at the next level?” Tarr said. “We think so.”

Rounding out the battery is veteran Morganne Flores, who returned in 2019 after a season-ending ACL injury in 2018. The senior catcher adds experience and leadership behind the plate. Behind Flores is Emma Helm, who is more likely to enter the lineup as a pinch hitter or position player.

Texas A&M transfer Baylee Klingler will compete with Silentrain Espinosa at third base. Kaija Gibson is back at first base for the Huskies, who Tarr characterizes as steady and reliable.

Freshman Jadelyn Allchin has an excellent opportunity to make an impact in her first season in the outfield. Allchin also competed on the U19 U.S. National team with Lynch.

“It was great to get to know her this summer,” Tarr said. “She is super competitive and wants to win every single second.”

Sami Reynolds and Madison Huskey both return to the outfield providing experience on both wings.

Washington returns eight of the nine starters from the 2019 WCWS team and picked up a few critical offseason editions. Bates recorded insane numbers in 2019 at the top of the lineup going .371 with 77 hits 11 doubles and 30 RBIs. Flores is also coming of another big season at the plate going .348 with 62 hits 23 HRs and 61 RBIs. The Huskies gain a big bat in Klingler, an SEC All-Freshman selection, and Espinosa returns as a solid contact hitter. Reynolds, who had an impressive freshman year, going .330 with 62 hits 15 doubles and 43 RBIs, returns to the middle of the lineup. Tarr is focused on more power from the right side.

“[Plain} will see some appearances at the plate as she’s been taking swings all fall. We will be able to manipulate the lineup with three hitting pitchers. We lacked righthanded power.”