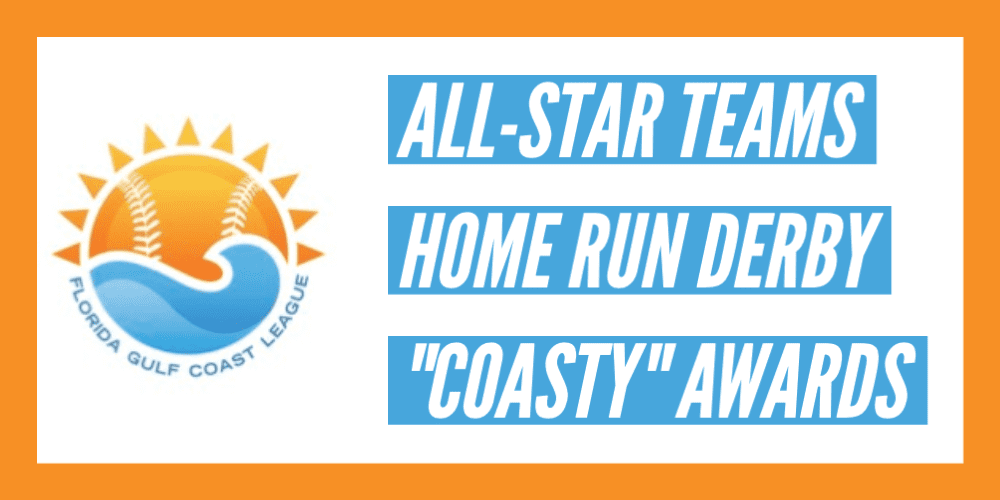 When softball was canceled by the coronavirus back in March, league director Ryan Moore wasn’t sure the inaugural season of the Florida Gulf Coast League (FGCL) would happen in 2020.

“We were three weeks out from canceling the season, only to receive clearance from local authorities just in time,” said Moore. After pushing back the start date a week, the league was able to play its first official game on June 18th between the Myakka City RiverMocs and Bradenton Lynx. With seven teams and over 100 players in its inaugural season, the FGCL is the start of something special for college softball players.

The five-week regular season comes to a close this Friday to prepare for a single-elimination playoff next week. On Saturday evening, the FGCL has scheduled a home run derby, All-Star game, and the “Coasty” awards hosted by Gray Robertson. The FGCL released their All-Star selections on Tuesday to include two full teams of 19 players.

Our pick for league MVP, Mack Leonard leads the “Surf” both in the circle and in the batter’s box. Leonard has been stellar on the mound for the RiverMocs with 7-0 record, 1.65 ERA, and 39 strikeouts. The RiverMocs hold seven of the 19 slots on the team, including Lizzie Shubert (Stetson), who is hitting .379 with six home runs and 23 RBI. Another notable player selected from the Pioneers is USF’s Megan Pierro. Pierro leads the Pioneers in average (.340), home runs (4) and tied with Neely Peterson in RBI (11).

Here is the full list of players who made the FGCL All-Star team. 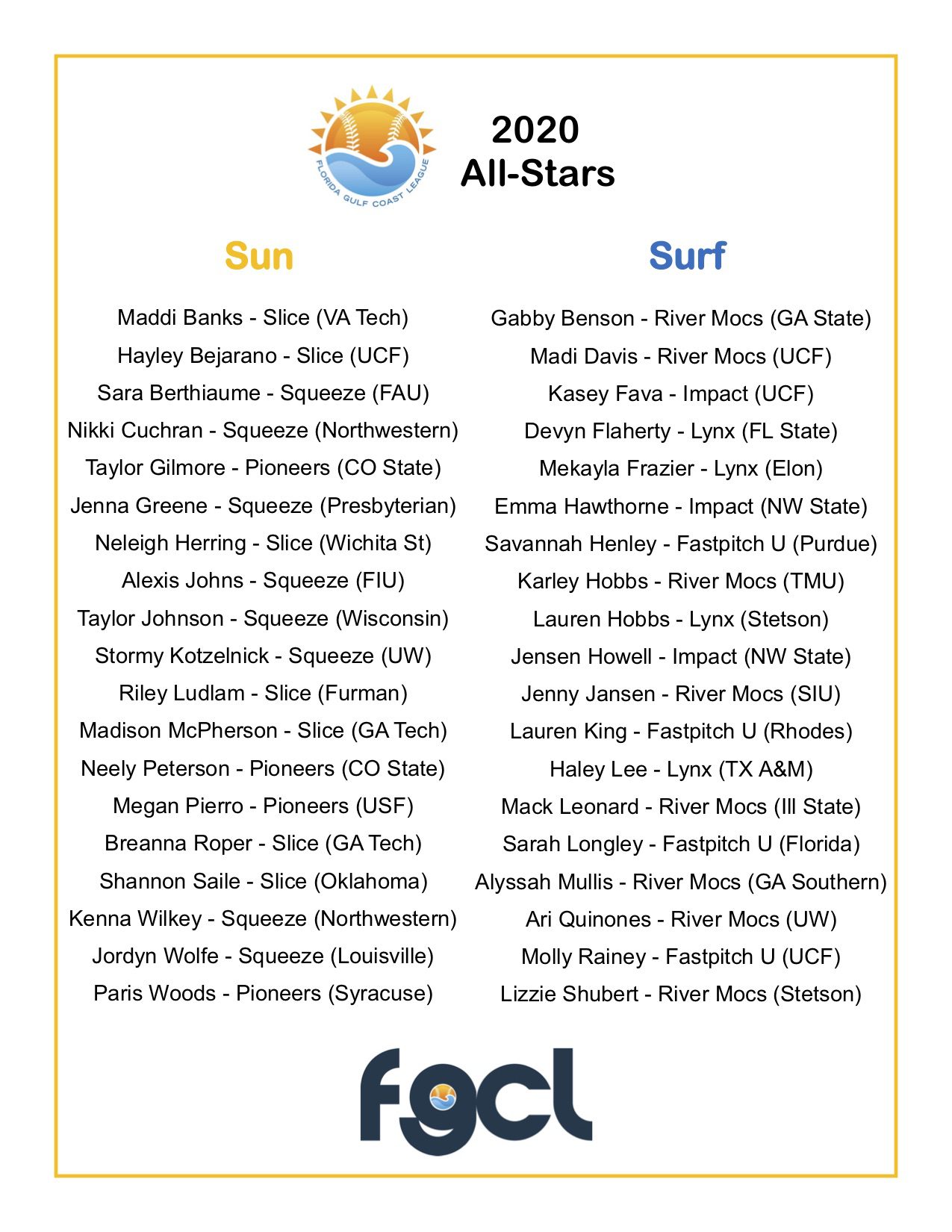 Check out our most recent coverage of the FGCL!