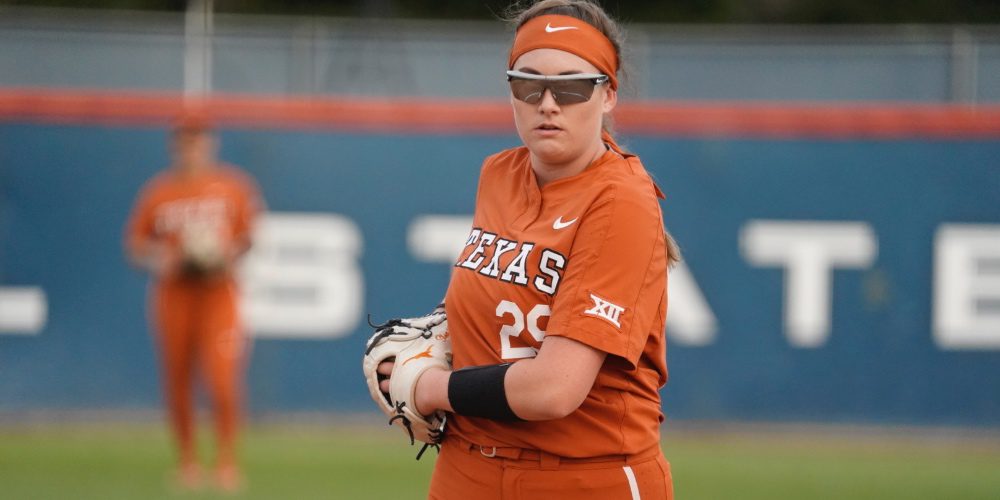 1. LMU’s knockin’ on the door. In fact, they are knocking the door down. Linnay Wilson was brilliant in the circle for the Lions throwing her second complete game win in two days against a ranked opponent. Yesterday, Wilson defeated No. 4 LSU 1-0. Today, she defeated No. 13 Michigan, 2-1. The Lions’ defense showed up big as well making routine plays sprinkled with a few web gems. LMU takes on Cal Poly and Boise State tomorrow.

Not one but two wins over a ranked opponent. Wilson induces 15 fly outs to defeat Michigan. @lmulionsSB I see you pic.twitter.com/Eh7o2UDaNn

2. Texas is hot. Really, really hot. The Longhorns beat No.1 ranked UCLA last night and No.2 Washington this afternoon. To start the game, Jefferson drew a walk, aided by an illegal pitch, which led to a series of obscure events including a wild pitch and obstruction call at third. Texas put up 5 runs in the top of the first and led the rest of the game. In the top of the sixth, Burke hit a 2-run homerun to tack on a few more. The Longhorns move to 18-2 on the season and are back in action tomorrow with games against Fresno State and Michigan.

3. Washington split the day but Sis Bates is back breathing life into the Husky squad. The senior defensive specialist started both games for the Huskies making a ridiculous backhand play in the 5/6 hole against Texas. Bates went 2-3 with a walk and has reached base safely multiple times in every game she has played this year. Jadelyn Allchin went 1×3 against the Longhorns with a HR and 3 RBI and has seven RBI her last five games. She had two in her first 13.

4. With four consecutive Big West Championships, Cal State Fullerton is off to another impressive start. Dani Martinez (5-3) got the win and Trish Parks picked up her second save of the year, escaping a bases loaded jam in the 7th. The Titans move to 11-5 on the season and face Illinois tomorrow night at 7:30.

5. It’s more than softball. The Titans were #TaylorStrong on Friday night, in their green jerseys in support of their team mate, Taylor Dokins, who has been battling a rare form of liver cancer since 2016. LSU showed their support as well wearing green shirts that read #NoOneFightsAlone.