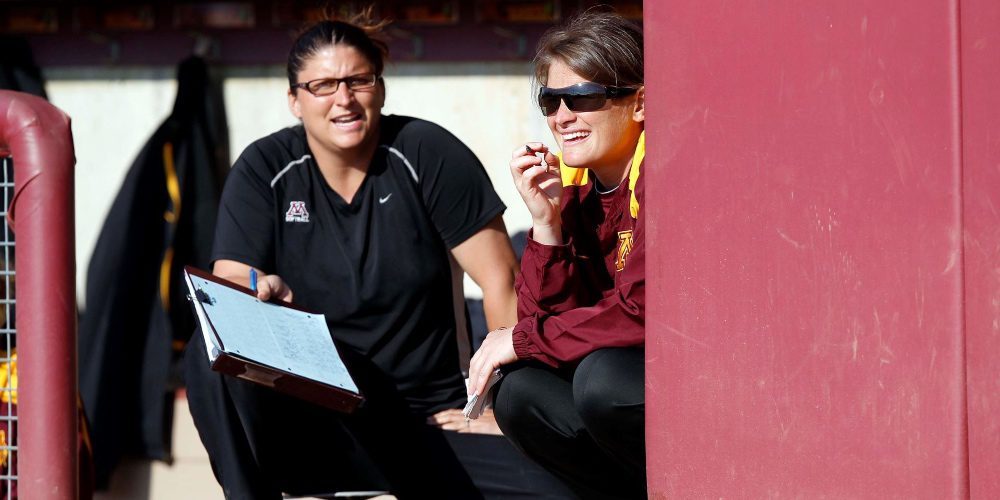 The success of the University of Minnesota softball program has grown significantly in the past decade. During this time, there has been one constant – Piper Ritter.

“I am excited for the future of our softball program,” Coyle said. “Piper has been part of our team for nearly two decades, and she is the right person for the job. She was one of the best players ever to wear the Maroon and Gold and consistently developed All-American talent as an assistant coach. Her dedication to Minnesota, meticulous work ethic and attention to detail will serve her well as she makes the transition to head coach.”

Ritter replaces Jamie Trachsel, who coached the Gophers to the Women’s College World Series last season and recently accepted the head coaching job at the University of Mississippi.

In her tenure as an assistant coach, Piper guided 42 Gophers to Big Ten Pitcher of the Week honors, five All-Americans, three Big Ten Pitchers of the Year honors and has coached 17 no-hitters.

Complementing her tutelage in the circle, Ritter provides longevity to a program that has witnessed the departure of two head coaches within three years. As a former player (2001-2004) and assistant, Ritter has been through it all. She doesn’t plan on leaving her post anytime soon.

“I’m here for the long run, I know I am,” Ritter said Monday during a video teleconference call. “I’ve always thought about this program. To be honest, I’ve really never thought about leaving and going anywhere else.”