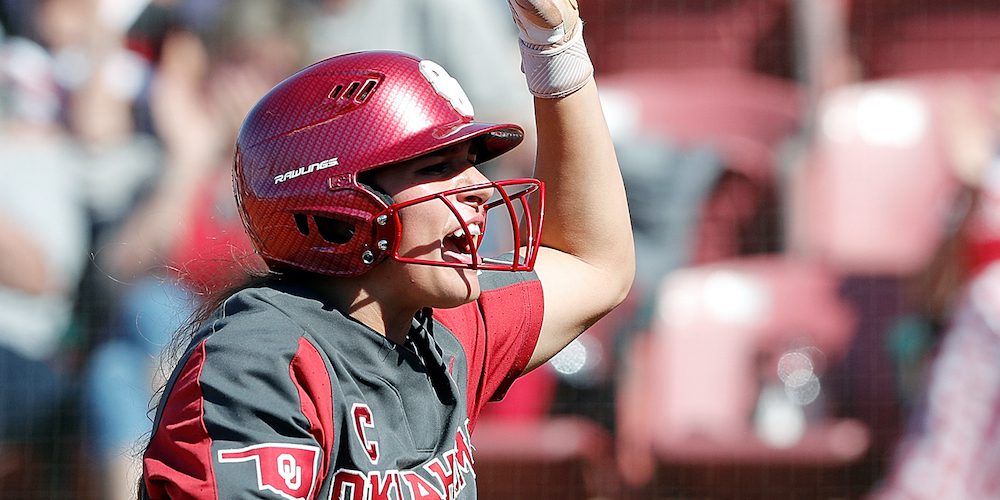 Nicole Mendes stopped to say a quick prayer before heading out to the field last fall with her Oklahoma teammates. The senior captain was feeling strong and confident as she prepared for her final season with the Sooners.

“I just asked God to help me be a testament for him. That practice I tore my ACL and I thought, ‘Holy cow. He answers really fast,’” Mendes said. “But I felt so calm and I knew that no matter what happened I was going to be OK and I was going to make this miraculous comeback this year.”

Mendes did return to the lineup earlier than expected, but her comeback plans were put on ice when the season was canceled in March because of the coronavirus pandemic.

The sudden end may have been a blessing in disguise for Mendes. Although she was 3 for 6 with two home runs, Mendes was nowhere near 100 percent.

But she will have another chance to put on the Oklahoma uniform. The NCAA granted an extra year of eligibility to spring sport athletes whose seasons were cut short because of COVID-19. Mendes and fellow seniors Giselle Juarez and Shannon Saile announced they would be returning next season to help OU make another run at a title.

“To be able to completely finish my rehab and then have a whole other year to play softball and to be able to be healthy for the season is definitely an advantage for me and one I am grateful for,” Mendes said. “I don’t think I would have wished it this way, but I definitely see the advantage to it.”

The injury and global health pandemic have given Mendes more time for introspection and reflection. She’s gone through a process of self discovery beyond softball while rehabbing her knee and being confined to her home in Houston with family.

The ACL tear made Mendes look deeper inside, and realize she can’t base her self worth on home runs or batting average. Having played softball nonstop since she was 4, Mendes had been in constant motion until the world came to a halt.

“You don’t have time to figure out who you are,” Mendes said. “You always hear that saying that softball is what you do and not who you are. The reality of it is that my identity isn’t placed in softball. It is a large part of who I am, but I am trying to use this moment to find out more about myself.”

After suffering her injury last October, Mendes was determined to still play this season rather than redshirt. She made her season debut on Feb. 28 – only five months after her surgery – and appeared in six games for the Sooners in the shortened season.

Since the shutdown, Mendes has continued to rehab at her family’s home in Houston. The OU training staff provides the workout plans, but it’s up to Mendes to execute the process. She’s had to get creative by using jugs filled with water and backpacks filled with heavy items in place of actual weights.

“I am going to be completely transparent, because I don’t want people to see this and think this process has been easy breezy and I am making great leaps and bounds. It doesn’t work like that,” Mendes said. “There are definitely times when I don’t want to do my rehab by myself. I want to be a better version of myself than I was yesterday, but it’s hard to maintain day in and day out, especially in isolation.”

More than ever, Mendes has relied on a strong support system to help her deal with the roller coaster of emotions she’s experienced.

“I am not a person that really reaches out. I love when people come to me. But I am working on being more vulnerable to others,” she said. “It’s really, really scary during this time and I’ve really had to reach out and get real with them and they have been awesome.”

The group includes Mendes’ boyfriend, Amani Bledsoe, a defensive lineman for the Tennessee Titans. The two met at Oklahoma as freshmen during a Fellowship of Christian Athletes meeting. They grew closer over the years before they started dating. 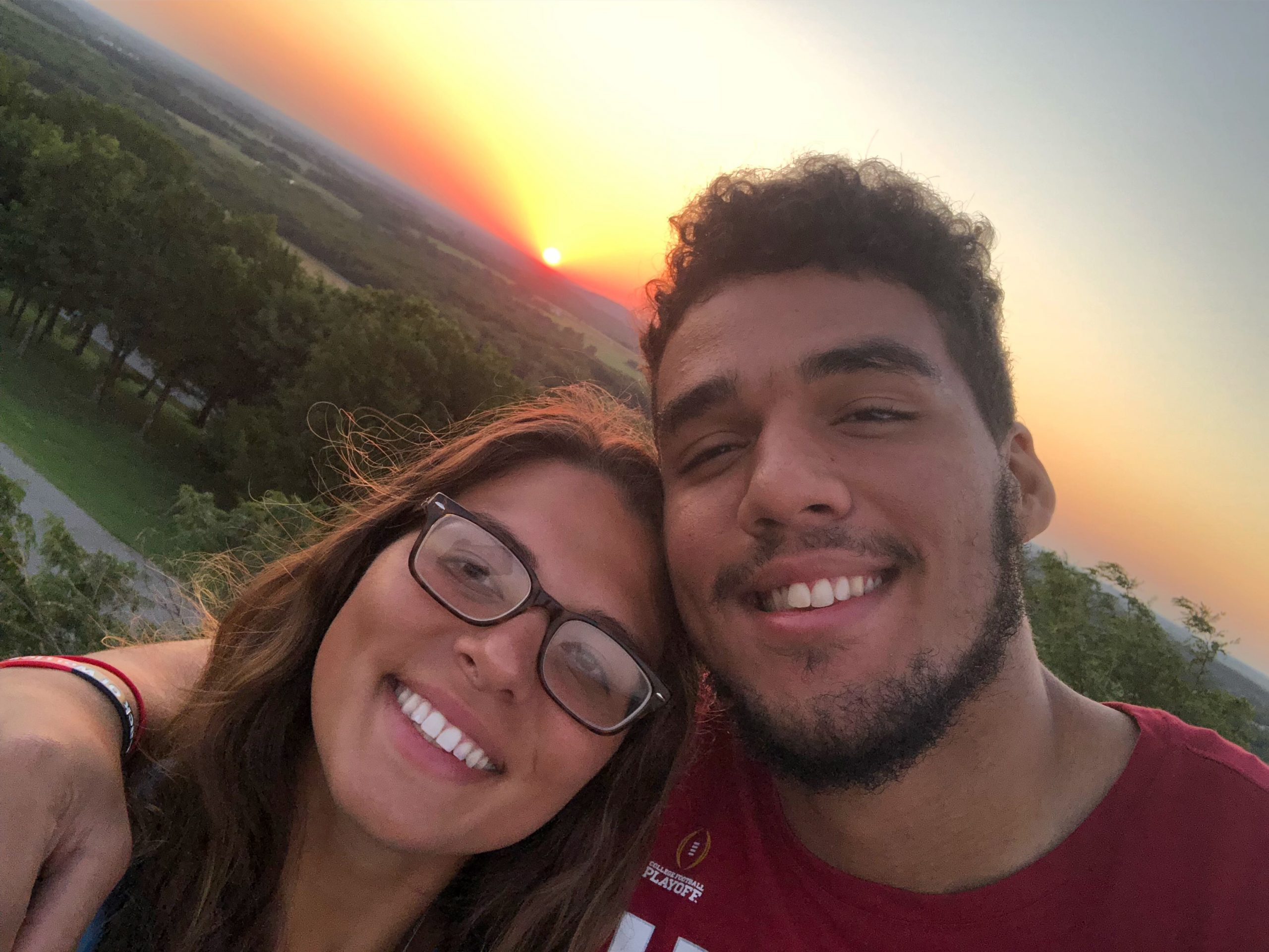 Nicole Mendes and her boyfriend, Amani Bledsoe, met at Oklahoma as freshmen during a Fellowship of Christian Athletes meeting.

As a high-level athlete himself, Bledsoe understands the mental and physical pain that comes with an injury.

“I was as supportive as possible, but not trying to overstep. I am a pretty faithful man and tried to keep positivity in her life as much as I could without overdoing it,” said Bledsoe, who has been training in his hometown of Lawrence, Kansas while waiting to see if the NFL season will start on time. “I was just trying to help her see the glass half full and that she has so much to work for and will still be able to play the sport she loves. At the end of the day, I tried to remind her this was just a little roadblock.”

Bledsoe’s words comforted Mendes when he spoke to her about her true value in life.

“I would remind her how blessed she is to be Nicole Mendes, not as a softball player or girlfriend but as a person,” he said. “This injury would not define her.”

Juarez has been another source of inspiration for Mendes. The Oklahoma ace endured her own preseason injury and was working to get back to full strength while throwing limited innings.

“She has been sending me motivational quotes for weeks now,” Mendes said. “She knows the struggle and she cares. Once I read them, it makes me feel like I can do this today. It’s just little things like that.”

To fill the extra hours in her day after rehab and schoolwork, Mendes has been reading the bible more and discovering new hobbies.

“Now is the perfect time, so I am currently teaching myself how to sew,” she said. “I never thought I would be the lady who sews, but I am trying.”

Given all that’s transpired recently, Mendes has learned to roll with unexpected changes. Her plans have radically shifted from what she envisioned less than a year ago. 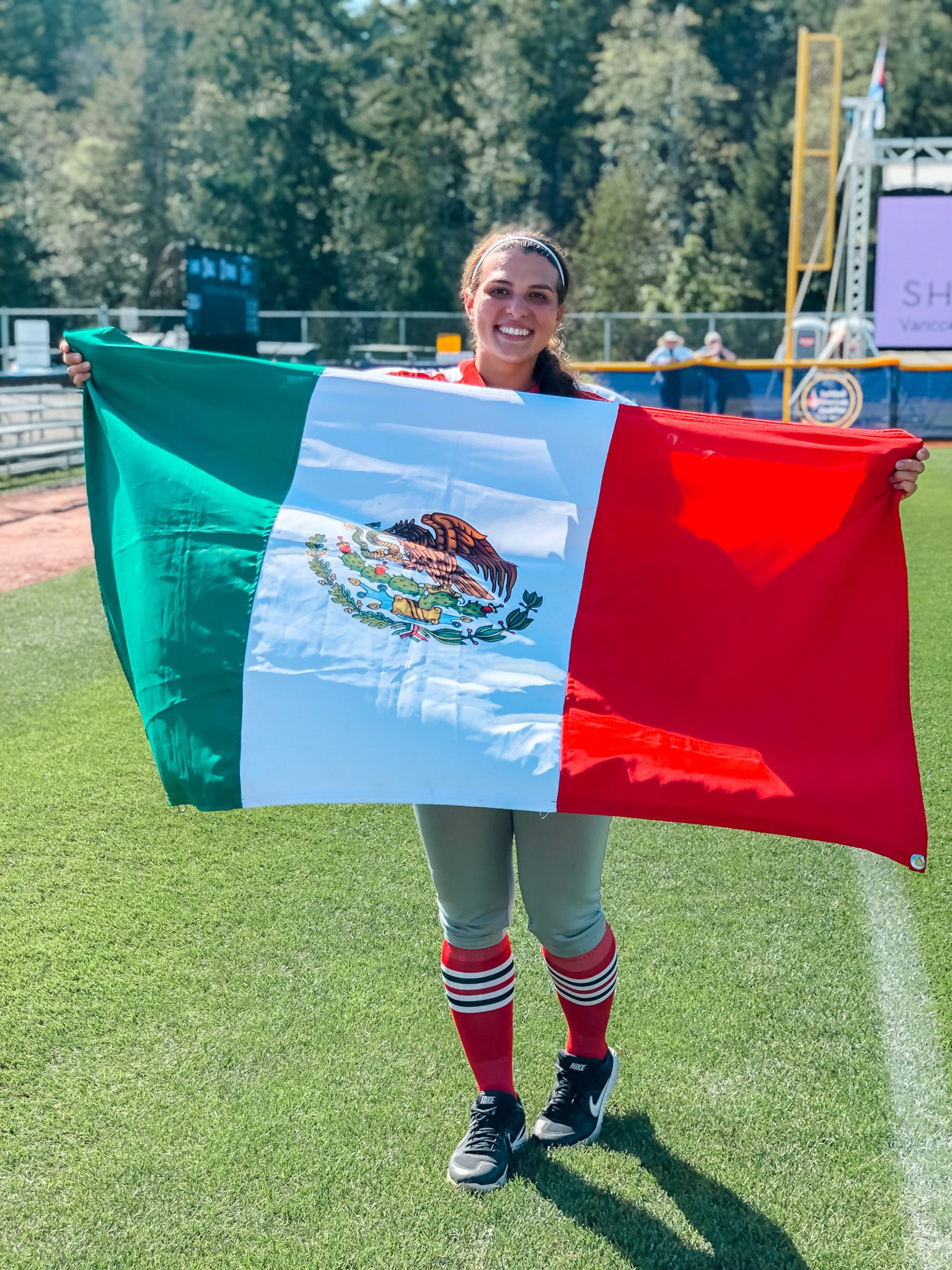 Mendes will be competing with Mexico’s National Team in the Tokyo Olympics in the summer of 2021.

Mendes was scheduled to compete in the Olympics for Mexico’s National Team this summer in Tokyo until the Games were postponed to 2021 because of the viral outbreak. She was also preparing to study abroad in England in the fall as part of an internship for a master’s degree program.

All those things will have to wait.

But the silver lining is the chance to be much healthier once softball begins again, and the opportunity to spend more time with her family.

Perspective and gratitude have replaced any feelings of pity and pain.

“As a Division I athlete, you get spoiled by having amazing facilities, an amazing field and all this gear,” Mendes said. “I think this is a good time for people to really take a step back and realize how blessed they are and how amazing it is to get the opportunity to play.”