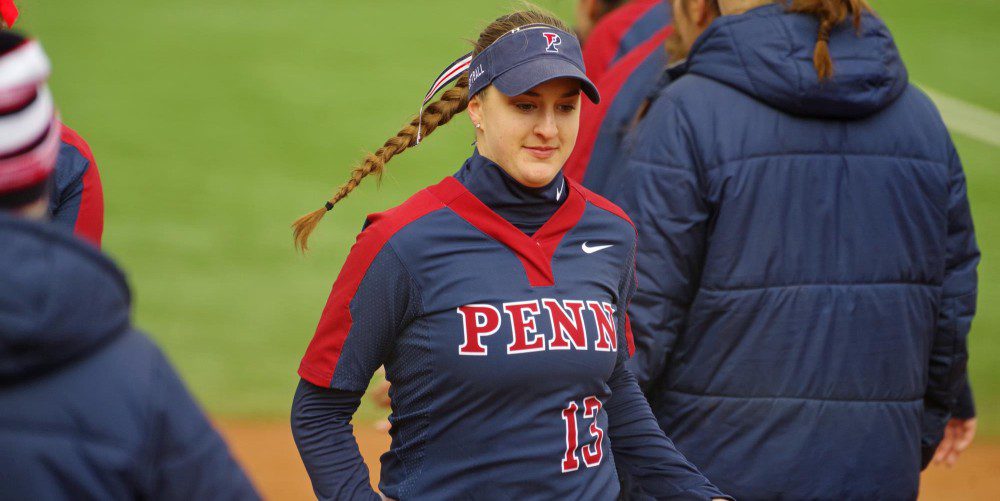 Kayla Ketring had mixed emotions watching softball games this season. Although she was happy for all the players on the field, she couldn’t help but feel a tinge of jealousy.

Ketring missed the feeling of making a great catch in the outfield or standing on second base after a double while the crowd cheered and her teammates went wild in the dugout.

The recent Penn graduate was robbed of those experiences. Like nearly all Ivy League seniors, Ketring lost the final two seasons of her college career because of Covid.

The Ivy League was the first conference to cancel the remainder of the 2020 spring season once the pandemic emerged, and stayed on the sidelines for the entire 2021 season aside from a handful of local games.

The Ivy League doesn’t allow athletes to redshirt, so unless the spring athletes transferred to another school to use their remaining eligibility, they were out of luck.

“To say the least, it really sucked. There is no other nice way to put it,” Ketring said. “I’d be lying if I said there wasn’t some portion of the time spent angry, confused and upset. There were a lot of tears shed last year for one thing or another. But it is what it is.”

Ketring and her teammates understood the seriousness of Covid and the league’s intention of wanting to keep athletes safe. But they were perplexed by the lack of communication between league administrators and the athletic teams.

The final update from the Ivy League Council of Presidents announcing there would be no league competition or championships for spring sports in 2021 wasn’t sent until Feb. 18.

“We were pretty misled for a while to believe that we would get another shot in 2021 only for it just to get cut again,” Ketring said. “We saw other conferences and even professional sports figuring things out quite quickly, but we hadn’t heard anything for so long. We wondered what they were hiding from us? What’s going on? Just give us updates.”

Ketring admits she lost some of her passion for the sport because of how everything was handled.

“I personally wasn’t going to come back at all this spring. My heart was not into it anymore. I was ready to move on,” she said. “But I realized I was a captain of this team and had the responsibility to help integrate the freshmen into the program. They deserved to have as normal and positive of a transition as possible.”

Ketring really had only one full season during her four-year Penn career because her freshman season was cut short with an injury. In that full season in 2019, she batted .413 and was a first-team All-Ivy selection.

Ketring and some of the Penn upperclassmen thought about transferring to other schools to use their remaining eligibility, but the Ivy League left everyone hanging in the wind for so long that the window closed.

“That was always in the back of our minds, but we didn’t have an answer. Having an answer earlier would have alleviated the mental toll and stress,” Ketring said. “If you wore a Penn sweatshirt to the store, people would ask you if you knew anything about the season. Saying it over and over takes a toll on you a little bit.”

Ketring wishes the Ivy League could have figured out a way to let athletes redshirt considering the extreme circumstances involved.

“Athletes totally understand that academics come first in the Ivy Leagues. We understand that,” she said. “But when you don’t make an exception for an event that happens like Covid, it really makes you feel not valued. That hurt a lot.”

Instead of dwelling on the unknown last winter, Ketring took an internship with Navigate, a sports and entertainment market research company based in Chicago. The day the Ivy League season was officially canceled, Navigate called to offer her a job as an analyst in consumer insight and strategy.

“That seemed a little bit coincidental,” Ketring said. “I can’t be too bitter about the season being canceled. I’m a new graduate with a job. That is rare and I am very fortunate for that.”

Ketring knows she can’t change what happened. She knows the last two years were out of her control.

Although it would be easy to remain frustrated and angry, she still loves softball and is grateful for everything the sport has done for her.

“Of course, I really wish my college career could have ended differently,” Ketring said. “But when I look at my whole career and the 14 other years of playing, I am not as bitter. I have so many memories and relationships. I learned so much that you don’t get from not playing sports. So when I focus on the bigger picture, there are so many positives I can take away.”