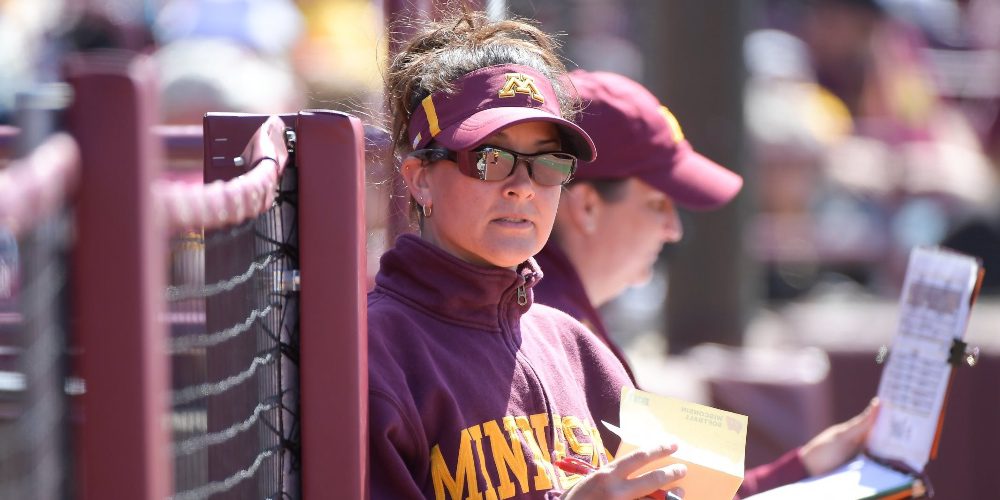 University of Minnesota Athletics Director Mark Coyle confirmed Friday that head coach Jamie Trachsel, who has led the Gopher softball program the past three seasons, is resigning to take the same position at Ole Miss.

“I appreciate what Coach Trachsel accomplished at Minnesota and wish her the best in her new position,” said Coyle. “A national search for our next head coach has already begun, and we have identified several candidates. Our program has a history of success, institutional support and a dedicated fan base. We also have a talented core returning next season, and I am excited to share everything our softball program has to offer with candidates.”

Trachsel spent two seasons at Minnesota as head coach, with a 102-40-1 record and leading the Gophers to their first Big Ten Tournament Championship in 2018 and first Women’s College World Series in 2019. Before her stint at Minnesota, she spent six seasons at North Dakota State and one season at Iowa State.

Minnesota finished the 2020 abbreviated season 15-9-1. Traschel moves to the SEC to replace Ruben Felix, who took over as the interim head coach at Ole Miss after Mike Smith resigned in the fall. Ole Miss was 12-13 under Felix.

Do you have coaching news? Email news to [email protected]