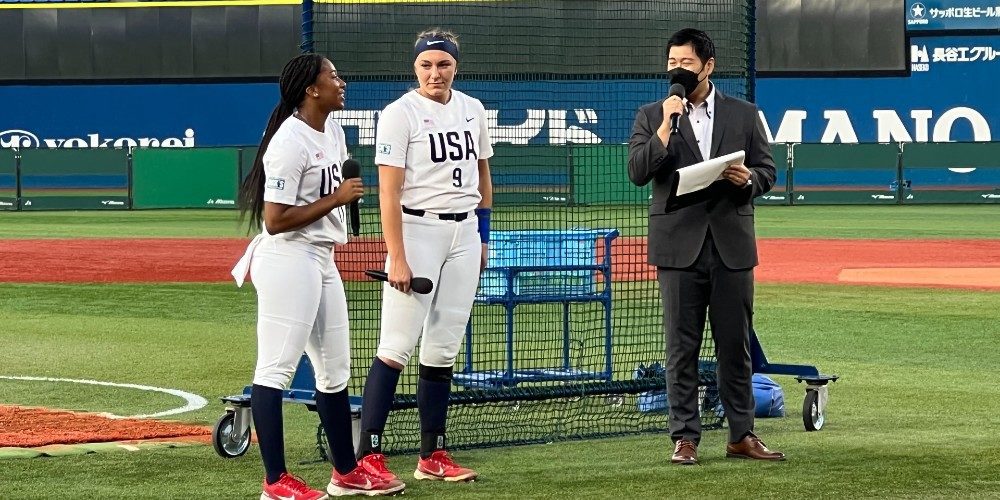 The USA Softball Women’s National Team is in Japan for the Japan All-Star Series at Azuma Stadium (Fukushima, Japan) and Yokohama Stadium (Yokohama, Japan). No. 2 Japan beat No. 1 Team USA 1-0 on Monday in the series finale to win the series.

Team USA and University of Tennessee assistant coach Chris Malveaux has been providing his insight throughout the stay:

On our last full day in Japan, we had a night game in Yokohama. This stadium was like a regular MLB stadium. There was a crowd of 12,655 there. The environment was magical and the energy was electric.

Before the game, we had our usual home run derby contest. We came out on top as Kinzie Hansen and Jada Cody represented Team USA and won.

The game started and it was another pitcher’s duel as two solid arms were going at it. Kelly Maxwell started and threw an absolute gem! She kept Japan off balance throughout the game. Megan Faraimo came in relief with two outs in the fifth and threw the sixth as well with a very solid performance. The bats couldn’t get it going as we fell 1-0 to a great pitcher.

This team showed a ton of fight this week. It has been a true honor to be able to compete along with them.

One thing is for certain, we have to get softball back in the Olympics. What Japan was able to do as a country throughout these last couple days can be done in other countries. There are an awful lot of softball fans around the world, as I was fortunate to see firsthand this week. There were fans that would come up to the players and know who they were and what school they’re affiliated with. It was mind blowing knowing how much they pay attention in the states. They’ve been incredibly respectful and show that there is passion outside of the U.S. for softball.

Tomorrow we start the long journey back. We had a blast, but are ready to get home.  I’m excited to see what the future holds for Team USA Softball.