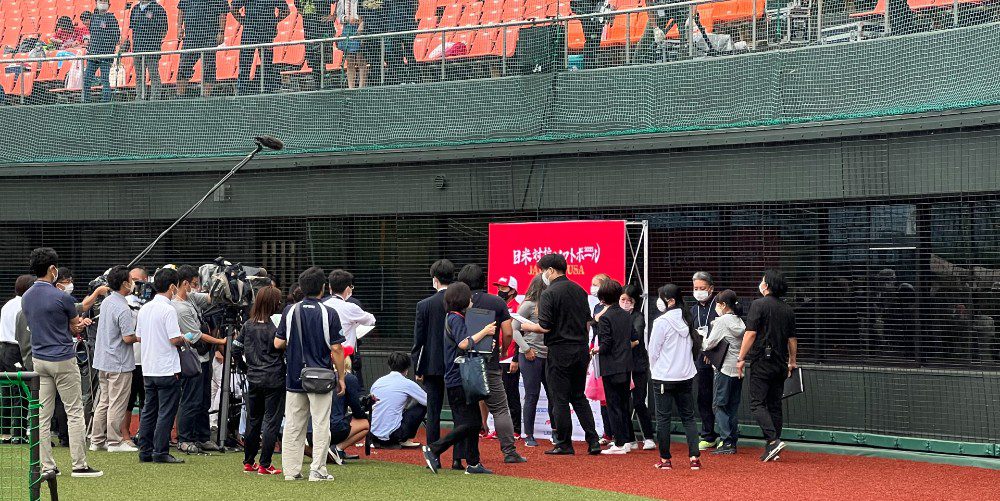 The USA Softball Women’s National Team is in Fukushima, Japan for the Japan All-Star Series, which will take place Saturday-Monday. No. 1 Team USA is playing No. 2 Japan in a three-game series held at Azuma Stadium (Fukushima, Japan) and Yokohama Stadium (Yokohama, Japan).

Team USA and University of Tennessee assistant coach Chris Malveaux will be providing his insight throughout the stay:

Regular morning today with a little workout and walking around. Things started to pick up a little being that it is the day before we play. We left the hotel a little earlier than the other days to head to the field for media day where Coach Tarr and Ally Carda were interviewed. What was awesome was the line of happy fans as we showed up. Kids and adults were lined up and cheering as we get off the bus and headed into the stadium. It was so humbling and so cool to see how much this community enjoys this.

Right before media day started, Coach Tarr and Ally presented the mayor of Fukushima with a USA jersey with “Fukushima” on the back. A couple of us walked into the dugout to settle in and start getting ready for practice. I’m not gonna lie, I was a little taken back watching Team Japan on the field. I’ve seen them play in Paris in the stage before, but being out here in their country while we have the privilege of representing Team USA is pretty cool!

After we were done with practice, we headed to a festival that they had in town. It was such a cool experience to see the liveliness of those that live in the community. The festival itself was awesome with the live music in the energy that they had. We then headed back to the hotel for dinner and were greeted by the governor. We were definitely able to enjoy the culture on another level tonight.