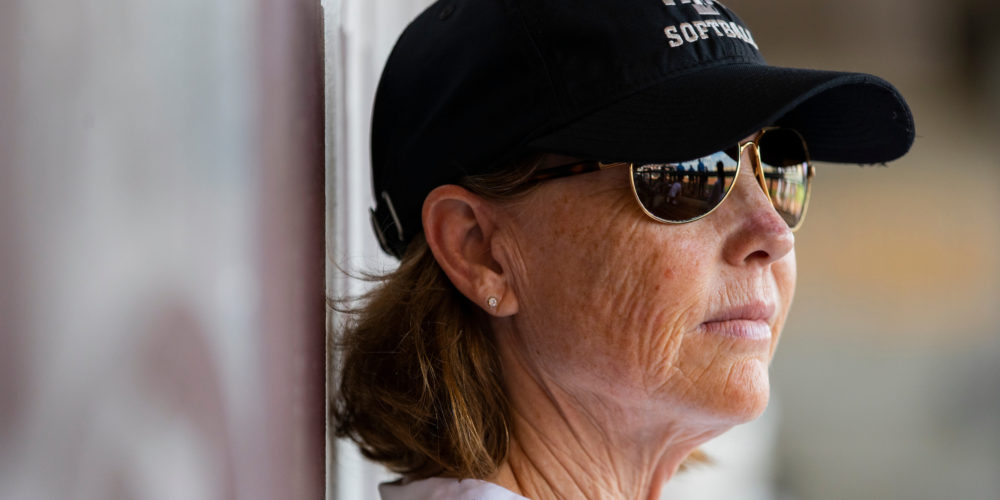 One of college softball’s most respected and successful coaches over the quarter of a century in which the sport’s popularity boomed and the map of championship contenders expanded, Jo Evans will not return for a 27th season as Texas A&M head coach. A day after Texas A&M was eliminated from the NCAA tournament, the school announced it will not renew Evans’ contract.

“Coach Evans has been a tremendous ambassador to our university and softball program for the last 26 years, but we have decided that our softball program needs to go in a new direction,” Texas A&M athletic director Ross Bjork said. “We are deeply appreciative of her efforts while building on our softball program’s winning tradition with three Women’s College World Series appearances. Jo is a first-class person, and we wish her nothing but the best in her future endeavors.”

In what proved to be her final weekend in charge, Evans and the Aggies experienced all the ups and downs that have become familiar for the program in recent seasons. The Aggies advanced to the regional final by beating Minnesota twice and were one of the few teams to push No. 1 Oklahoma this season during a 3-2 loss on Saturday. But Texas A&M was also on the wrong side of the most lopsided score in NCAA regional history, losing the final 20-0 against the Sooners.

With a new stadium and the impending arrival of Oklahoma and Texas in the already competitive SEC, the school apparently decided a change in coach was necessary.

“Being the leader of this program for the past 26 years has been the greatest honor of my professional life,” Evans said in a statement released by the school. “I have put my heart into this team and in return, I leave with amazing relationships, memories, and experiences that have shaped me for most of my life. I am deeply grateful for my time here at Texas A&M and for the people I have had the privilege to work with and coach. I wish this program all the best as it transitions into the next chapter.”

Evans led the Aggies to the Women’s College World Series on three occasions, including back-to-back trips in 2007-08 and most recently in 2017. In 2008, the Aggies reached the championship series before falling to Arizona State. Her teams reached seven of a possible 17 super regionals and made the NCAA tournament in each of the past 20 completed seasons.

Among the standouts who played for Evans in College Station were multiple-time All-Americans Mel Dumezich, Megan Gibson, Amanda Scarborough and Tori Vidales.

In large part through the success the program enjoyed on her watch, Texas A&M developed a following commensurate with Davis Diamond, the highly acclaimed stadium that opened in 2018. But with the new stadium came expectations for success that grew increasingly difficult to meet in the intensely competitive SEC. Her teams finished with winning conference records just twice after moving to the SEC in 2013, and were 20-52 in the league the past three seasons (not including a 1-2 start in the subsequently canceled 2020 season).

“The expectation for our softball program is competing for championships every year in Oklahoma City while hosting regionals and super regionals in the best softball stadium in the country at Davis Diamond,” Bjork said. “I have no doubt we will be able to move forward and bring in a championship-level head coach.”

Alabama’s Patrick Murphy is now the SEC coach who has been on the job the longest. Murphy took over as head coach of the Crimson Tide in 1999, two years after Texas A&M hired Evans.

〈
Previous Article Which Super Regional Team Is Most Homegrown?
Next Article What We Learned: NCAA Regionals Edition
〉