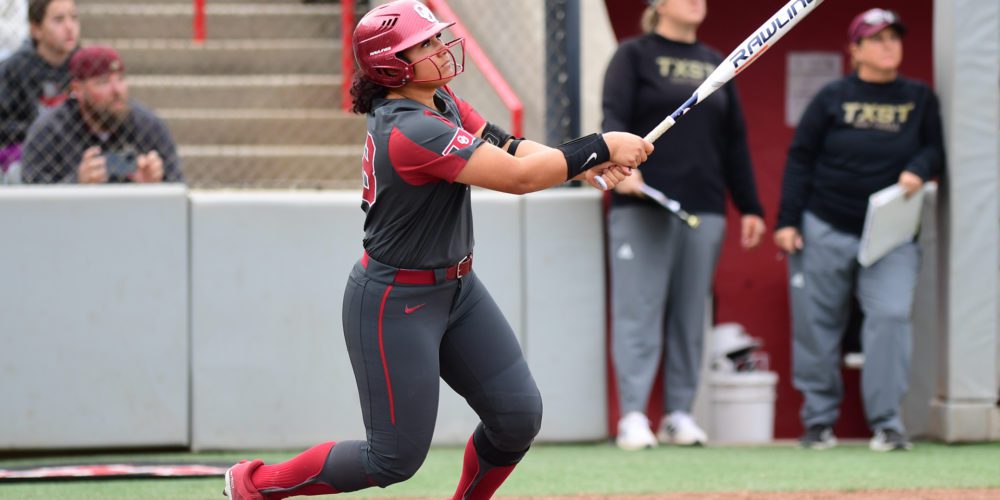 While pitching was at a premium at the top of the 2022 Athletes Unlimited College Draft, the all-time NCAA Division I home run champion still got the best of the hurlers. As usual.

Oklahoma’s Jocelyn was the No. 1 pick in the college entry draft, in which Athletes Unlimited extended invitations to 13 players who have exhausted their college eligibility.

Texas second baseman Janae Jefferson was the first infielder off the board at No. 4, followed by Arkansas first baseman and slugger Danielle Gibson at No. 5.

The ACC saw a second player drafted when Florida State third baseman Sydney Sherrill went eighth, followed by Florida infielder Hannah Adams. Those two could have met on the field Wednesday when their college teams play, but Adams remains sidelined by injury.

Duke pitcher Peyton St. George was the No. 10 pick overall and fourth pitcher selected. It didn’t take long to find the fifth, with San Diego State’s Maggie Balint selected at No. 11.

Introduced by former Texas legend All-American Cat Osterman, current Longhorns catcher Mary Iakopo was the 12th player off the board.

Northwestern infielder Rachel Lewis was the draft’s final selection at No. 13.

There are no permanent rosters in the Athletes Unlimited format, where player-captains draft new rosters each week. If signed, the players selected Wednesday will join the general player pool this summer – 60 players for the championship season and 42 for the inaugural AUX season.

The Athletes Unlimited Players Executive Committee determines which players will be drafted and thereby extended invitations to sign with the league.

Eligible players not selected, including UCLA’s Briana Perez, Oklahoma State’s Miranda Elish and Arkansas’ KB Sides, may still have an opportunity to play in either AUX or the championship season.

The inaugural AUX season begins with a doubleheader on June 13, three days after the last possible day of play in the Women’s College World Series. AUX games will be played at SDSU Softball Stadium in San Diego, California. The three-team competition runs through June 26 and includes a doubleheader on Thursday, June 23, the 50th anniversary of passage of Title IX.

Given the timing so soon after the college season, many of the draftees may not debut until the championship season, even if signed.

The AU championship season begins with a doubleheader on July 29. For the third consecutive year, games will be played at the Parkway Bank Sports Complex in Rosemont, Illinois, (former home of the NPF’s Chicago Bandits).

Team USA will also compete in the Canada Cup, June 17-26 in Surrey, British Columbia. The roster named for that event includes Alo and Jefferson.

Alo is also a part of the USA roster competing in the Japan All-Star Series, Aug. 1-9 in Fukushima, Japan. While that overlaps with the AU championship season, there is precedent for a player joining the league in progress. Olympian Bubba Nickles entered the draft pool prior to the third week of the 2021 championship season.