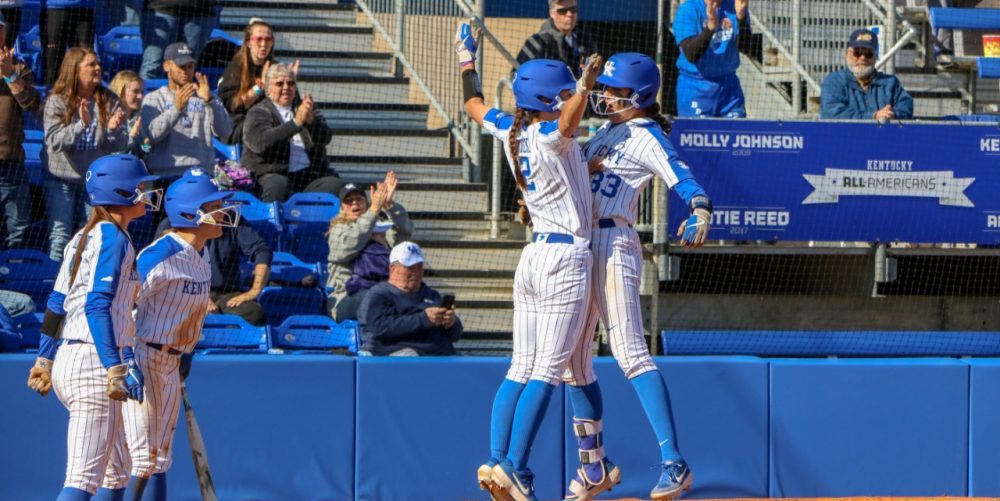 Randomly paired as roommates on their first day at the University of Kentucky, Vick returned to the dorm to find Martens in the bedroom Vick had selected hours before.

“The room was assigned to me and she took it. I didn’t tell her because I was too shy,” Vick said. “But I finally told her a week later, ‘dude, that is my room you are in. You stole the bigger room from me.'”

Vick never got the bigger room back, but she gained a best friend, four-year roommate and dependable teammate. Martens and Vick came in together as freshmen and are going out together as seniors.

Although the NCAA granted spring sport athletes an extra year of eligibility after the season was canceled because of the coronavirus pandemic, Martens and Vick will not be returning to the Wildcats.

Martens has been accepted to graduate school to study strategic design and Vick already has a job lined up with an accounting firm.

“Bailey and I had plans going forward before the season even started and we wanted to stick to those plans,” Martens said. “At Kentucky, we pride ourselves on preparing for the future and see ourselves as very independent women and our coaches really value us as women. They focus on building people, not just players.” 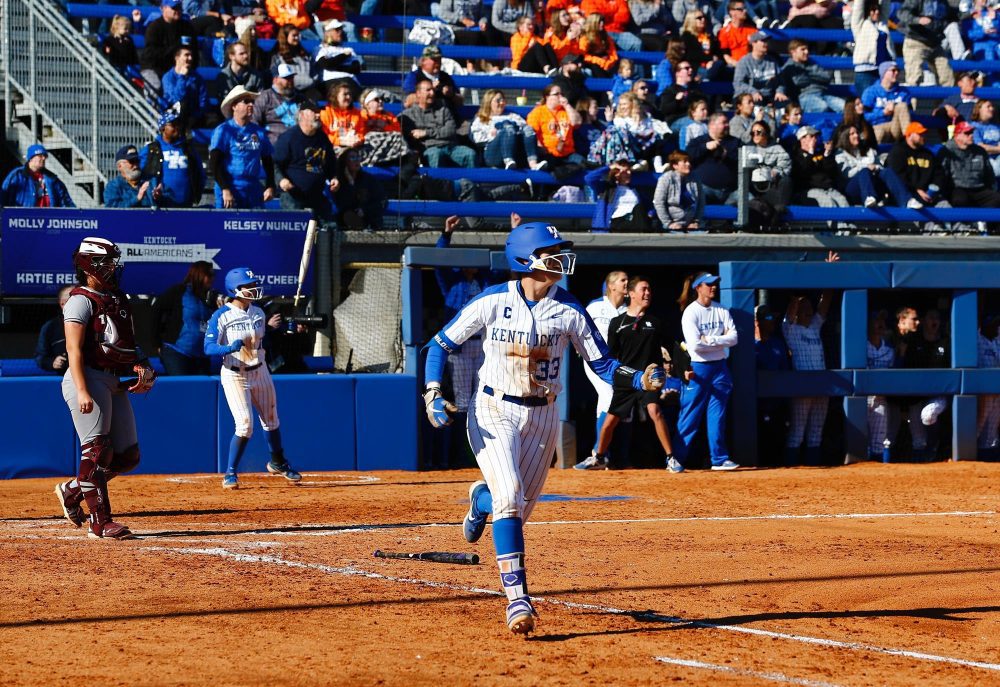 Martens and Vick went out on a high note. The two were in the midst of the best seasons of their careers before everything came to a sudden halt.

Last Friday, both were named a Miss Wildcat – the highest individual honor bestowed by UK Athletics.

Vick’s great grandfather was the team doctor for legendary Kentucky men’s basketball coach Adolph Rupp. The Paducah, Ky., native, came to UK as a walk-on with expectations of being used only as a base runner.

“I like to think back to the 6-year-old me who idolized all the Kentucky athletes. It really shows where hard work can get you,” Vick said. “I followed my dreams to come here and I enjoyed every minute. I have so much love for this game and love for the university.”

Kentucky’s senior class – self-labeled the “misfits” because they all arrived for different reasons or at different times – were determined to make the most of their final season.

Although there was no way they could have foreseen a global health pandemic, they played like one may come.

“You hear all the time to enjoy every moment because it goes by so fast, and we really took that to heart,” said Martens, an Illinois native. “I am really happy we did that because this situation would have been a lot harder if we wouldn’t have done that. Personally, I am leaving the field with no regrets.”

Vick credits the team-building exercises the Wildcats did before the season for giving her the proper mindset needed to excel.

“That really helped because my entire focus was about how I can do my part to make this team as strong as possible,” Vick said. “It was all about playing like a unit, and I didn’t even know what my batting average was honestly until the season was canceled. It amazes me how much success you can have when you put the team first.” 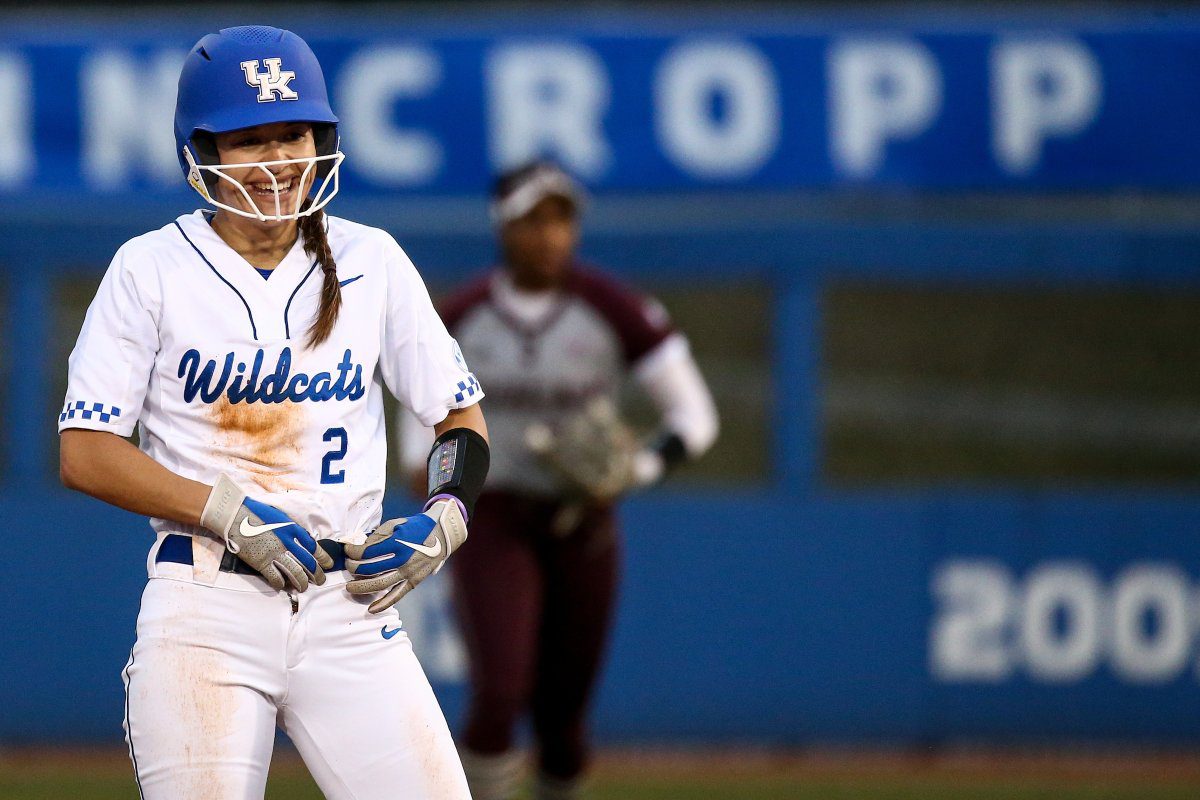 As far as roommates go, Martens and Vick consider themselves a bit of an odd couple.

“I don’t know how it happened because Bailey and I are such different people,” Martens said. “She loves math, I hate math. I am not a good speller, she is. I would rather create something visual. She is short, I am tall. She is fast, I’m not as fast. She slaps, I am a power hitter.”

But the two complement each other in many ways and share the same sense of humor that helps them keep things in perspective.

“Softball is not discussed at all away from the field. I think that is very healthy for us,” Vick said. “Inside softball, our relationship was strictly business for the most part. But once we get home, we don’t mention it hardly at all.”

Martens and Vick adopted a cat last year that was found at Kentucky’s softball field. The UK grounds crew rescued him from under the bleachers, and the players and coaches began feeding him.

The cat watched Martens taking batting practice one day, and Martens told the coaches if nobody claimed him within a few weeks she was claiming him.

“The next thing you know, we are taking him home and Bailey and I had an animal to take care of. We got him his shots and bought toys for him and have raised him,” said Martens, who named him Milo. “I love this cat. He is like the memory softball gave me that I will always have. It’s really special.”

Quarantine Day 36: I had a birthday party for my cat.

As much as they will miss softball, Martens and Vick are excited about the future.

Martens will be pursuing a Master of Art in Strategic Design through a collaborative program between Furman and the Miami Ad School at Portfolio Center of Atlanta. She plans to take summer classes online before moving to Atlanta in the fall to attend classes.

“I talked with all my mentors, and I think everyone can tell how passionate I am about it and where my heart is when I talk about it,” Martens said. “This is a once-in-a-lifetime program that offers exactly what I want and I just can’t turn something down that I look forward to so much.”

Vick, who arrived at UK as a special education major but has “always been a nerd for math,” has secured a job with Dean Dorton as an Accounting & Business Services Associate. In an uncertain job market where more than 30 million have filed for unemployment since the shutdown, Vick knows how valuable the position is right out of college.

“I played this season already having a job. That is insane to think about, but it also took a lot of pressure off me,” said Vick, an Academic All-American. “I worked so hard in school to get where I am, and everything happens for a reason.”

Martens has learned not everyone understands how players can walk away from the sport if given the chance to come back.

“I got a lot of messages through social media about how people ‘can’t wait to see you next year’ and ‘the NCAA is granting you an extra year isn’t that great.’ But people don’t really see the background,” Martens said. “It’s not just fixed and everything is going to be fine. There is more to it than softball. There are financial issues, academic issues and decisions that need to be made. You can’t just click a button and everything goes back to normal.”

Martens and Vick plan to live together for a few more months in Lexington before their long run as roommates comes to a close. They could have never envisioned the way their careers would end, but are grateful to have been connected from the very beginning.

Vick may finally get the bigger room, and Martens will get Milo.

“We work so hard and to see how it played out for both Bailey and I is amazing,” Martens said. “I wish we could have seen it through longer this season to see how far we could have gotten. But I think we still went out with a bang.”