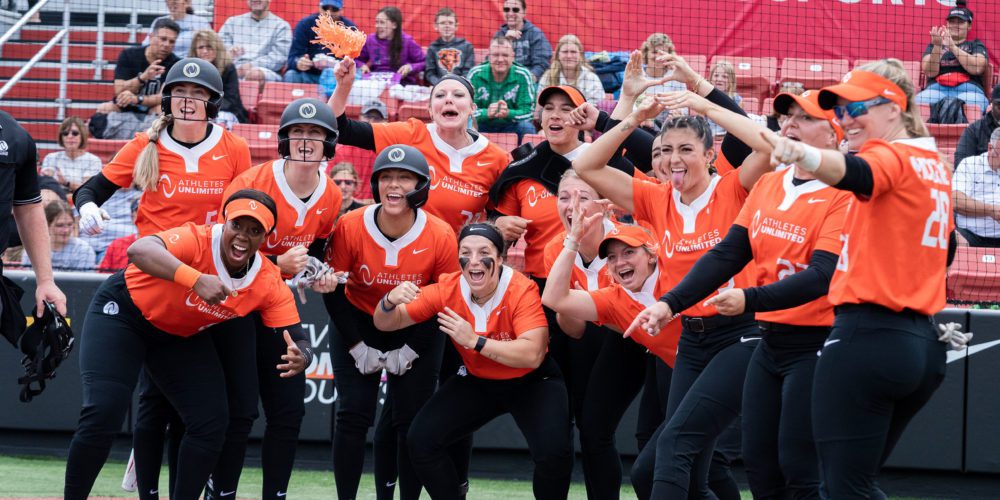 Coming off a softball summer of expansion and engrossing championships races, Athletes Unlimited announced Thursday that it has raised $30 million in new funding from investors including NBA star Kevin Durant, former Olympian Angela Ruggiero and a host of financial heavyweights.

Launched in 2020 as a new approach to women’s professional sports, Athletes Unlimited has grown from its initial softball offering to include basketball, lacrosse and volleyball competitions and more than 200 athletes.

In addition to Durant and 35V partner and co-founder Rich Kleiman and Ruggiero, investors are led by Schusterman Family Investments, founded by Oklahoma billionaires and philanthropists Charles and Lynn Schusterman.

“These investors share our vision and our ambition to not only reimagine professional sports, but also to rethink the way a business can – and should – show up in the world,” said Jonathan Soros, Athletes Unlimited co-founder. “The growth of AU has far exceeded my expectations over its first two years. The addition of these strategic investors will only add to the energy and resources available to fuel further growth.”

AU also announced that Gottesman, founding director of the Working Assumptions Foundation and co-editor of the book Play Like a Girl, will join its Board of Directors.

Durant, Kleiman, Ruggiero all serve on AU’s Advisory Board.

“We have been advisors for AU since the very beginning, and we’re excited to be a part of this capital raise,” Durant said in an AU statement. “Athletes Unlimited is at the forefront of women’s sports and an inspiration for how sports leagues can thrive with an athlete-first business model.”

Athletes Unlimited did not specify how the capital infusion would be used or what role each sport’s Player Executive Committee, the player-elected bodies responsible for much of league operations, would have in its use. The current softball PEC includes Sam Fischer, Victoria Hayward, Jazmyn Jackson, Amanda Lorenz and Tori Vidales.

To date, softball players have received a base salary of approximately $10,000 for the five-week championship season, with additional compensation tied to their performance and finish on the leaderboard. AU also contributes to charitable causes selected by each player.

This past summer, AUX softball marked the organization’s first in-sport expansion, adding a condensed competition in June to the established five-week format later in the summer. Danielle O’Toole won the inaugural AUX competition by edging out Dejah Mulipola, among others, in the final game. Mulipola then won a championship season title that also came down to the final day.

The softball and lacrosse competitions also marked the start of a multi-year broadcast contract with ESPN, with every AUX and championship season game available on ESPN platforms.

“I believe that Athletes Unlimited is incredibly well positioned given its multi-sport league approach,” said Ruggiero, co-founder and CEO of Sports Innovation Lab and former Olympic hockey player. “Almost every other league is only focused on one sport while so many investors are interested in investing across sports. AU provides an efficient, powerful network that creates tremendous synergies. The athlete-first business strategy combined with their forward-thinking approach to fan engagement and innovations around how sports leagues can be organized and run are all things that attracted me to invest.”