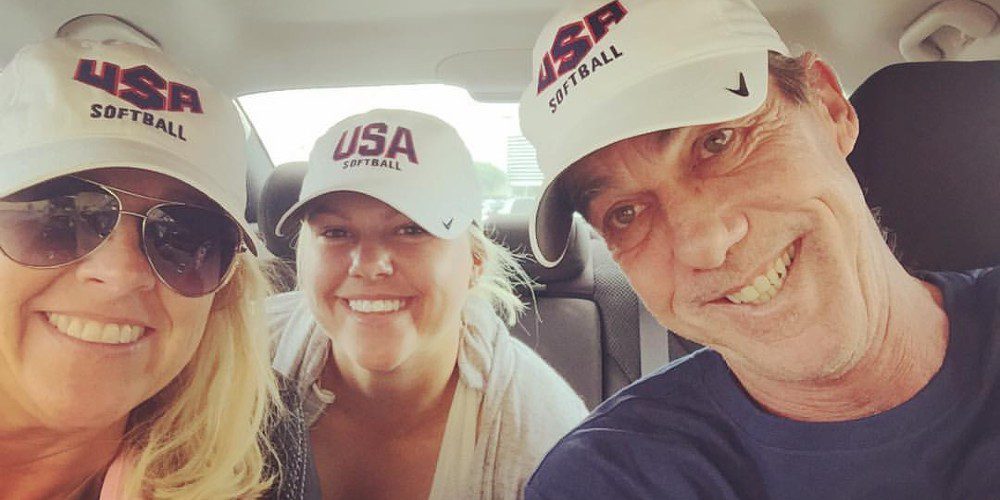 Lorenz Takes Prides in Her Parents Overcoming Their Addictions

Having the fearlessness to deliver at the plate in the clutch or make a game-changing defensive play has always come with some perspective for Amanda Lorenz.

Lorenz’s parents were role models in her life for true courage, and it had nothing to do with sports.

Danny and Susie Lorenz battled drug and alcohol addiction for many years before Lorenz was born. They have been sober for more than three decades, and never hid their past issues from Amanda or her younger sister, Courtney.

“I have always been very proud of my parents,” said Lorenz, a former Florida All-American and current Florida assistant coach. “They have overcome their own struggles and have helped so many other people. It’s been really cool to see the kind of people they are now.”

Danny and Susie have never been ashamed of their addiction history or how they’ve worked to stay sober. They don’t profess to have all the right answers, but have tried to counsel anyone in need of advice.

According to the Substance Abuse and Mental Health Services Administration, more than 24 million Americans 12 years or older have used an illicit drug within the past 30 days, an increase of more than 8 percent in the last 10 years.

The National Institute on Alcohol Abuse and Alcoholism reports that more than 16 million adults and nearly 700,000 adolescents meet the benchmark for an alcohol use disorder. Addiction is estimated to cost $484 billion in the U.S. per year.

“It was all me. It wasn’t who I hung out with,” she said. “I was walking to Brownies and took a pack of my dad’s cigarettes and was smoking by myself. I started drinking and then went right to drugs. It was one addiction to another. It doesn’t matter what you use. It’s the same thing.”

“They always say two alcoholics should never get married because it would never work out, but we’ve been married 28 years,” Susie said. “I couldn’t imagine being married to a ‘normal’ person. We could be crazy and insane one day and we just don’t take it personally. I couldn’t be like that with somebody else.”

Amanda noticed her parents never drank alcohol, but never asked why. They told her about their past addictions when she was in the seventh grade.

“I was such a baby they didn’t want to tell me earlier and for me to be scared or nervous,” said Amanda, who plays professionally for USSSA Pride and Athletes Unlimited. “I was always like the goodie two shoes and followed the rules and was active in D.A.R.E., so they wanted to be sensitive to that.”

Once Amanda learned about their past, she didn’t freak out. But she was more cautious about how she approached addictive substances.

“I didn’t drink in high school. I was always more nervous to even try drinking because I knew it ran in my family, not only with my parents but other family members,” she said. “It was always in the back of my mind. I think that is probably the reason I stayed away from it.”

“I have great appreciation for their honesty, openness and candidness and what they learned from that. They have done a great job teaching their daughter and Amanda has shared some memories with me,” Walton said. “The other part of it is they are so dang fun and don’t need alcohol to be fun. They are both super outgoing and shoot-from-the-hip honest and very easy to relate to.”

Amanda and her sister have always felt comfortable going to their parents with any issues they’ve had in life.

“So many parents act like they are perfect and their kids are afraid to tell them if they mess up. My parents always did such a great job of making us feel like we could call them any time anything went wrong,” Amanda said. “They have been strict and haven’t let us off the hook, but they do a good job of letting us know they have messed up stuff in their life and they won’t judge us.”

Danny remained involved in AA throughout Amanda’s childhood. He would answer phones on Wednesday nights because he knew how valuable the organization was to him and wanted others to feel supported.

“We’ve always shared our story freely. You don’t know who you are touching,” Susie said. “A lot of people may hear what you went through and it can have a big impact on them. I think it’s great if you can help someone just by being open and honest.”

No matter the socioeconomic status or demographic, addiction is an issue that plagues many families. It can feel scary and isolating for everyone involved.

Amanda is grateful she never saw her parents abusing alcohol or drugs and always felt safe around them. She hopes others can find the same peace and not be afraid to ask for help.

“They have been the most amazing parents ever despite their past. They kind of started over and created this new person,” Amanda said. “They always tell me and my sister, ‘We really messed up some stuff, but we had to have done something right to get you guys.’ Courtney and I are very, very blessed. That is for sure.”