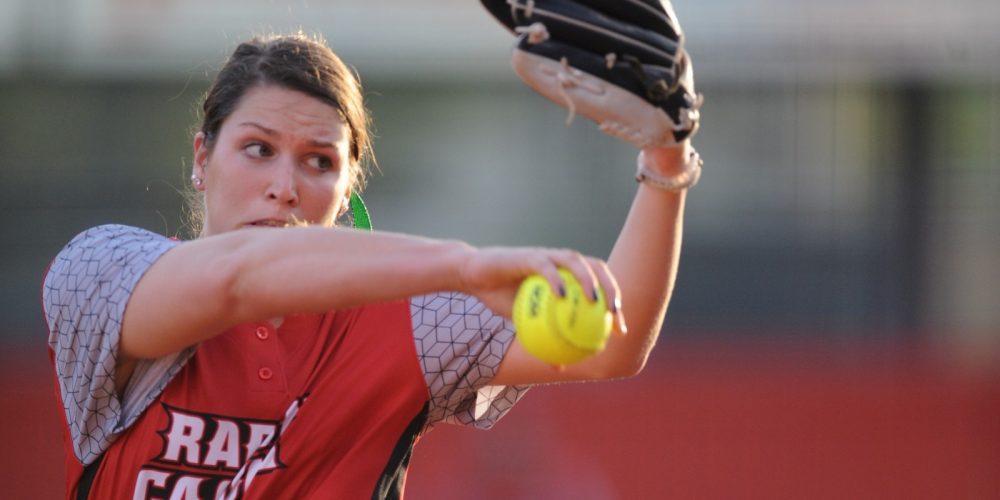 Being a supportive wife required Jordan Wallace to revisit a painful career memory.

Wallace’s husband, Andre Simon, is in graduate school for architecture at the University of Texas at San Antonio. He’s working on his thesis project, and nervous about how it will be perceived. If it’s judged badly, he fears it will be the lasting impression of an otherwise successful school experience.

Wallace offered him reassurance based on experience.

In the final game of her college career, the former Louisiana Ragin’ Cajun pitcher issued an NCAA postseason record 13 walks in a 12-11 loss to Auburn in the 2015 NCAA Super Regional.

“I failed hard in front of a bunch of people in the softball world, and I told him his body of work will be much more important than one instance because you are going to fail,” said Wallace, who just completed her fourth season as UTSA’s pitching coach. “I had a bunch of failures in my college career and honestly it made me a better person and made me a better coach.”

Wallace, 26, is able to laugh about the rough outing now, and even posted a tweet Sunday night about trying to help her husband work through his stress.

When my husband stresses about his thesis project being the last thing he does in school I remind him that I hold an NCAA record in walks in a post season game for my last game of my career. #Bodyofwork > #OneOuting

Wallace was 27-2 as a freshman in 2012, including an NCAA record 23 consecutive wins to start her career.

But the ending wasn’t as storybook.

Facing Auburn on the big stage, Wallace allowed eight earned runs along with her 13 walks. She struck out nine and threw a whopping 208 pitches in 6.2 innings.

Twenty minutes before the first pitch, Wallace was asked to wear an armband for the first time in her career. The Ragin’ Cajuns suspected Auburn knew some of their signs. Wallace also remembers the umpire having a tight strike zone.

But she won’t use any of that as an excuse for the amount of walks.

“My grandma always told me, ‘Honey, if you do the best you can, that is all you can do and you can live with the result.’ I feel like I live by that,” Wallace said. “If I put my best effort into everything I do, I can live with whatever happens.”

Wallace credits her junior season for preparing her to weather adversity.

She pitched with a stress fracture in her hand, and the injury wasn’t widely publicized. She went 14-3 with a 4.04 ERA in 25 appearances.

“That was my lowest point. I thought I was mentally weak and was in a pretty depressive state. I had to really dig myself out and I had a lot of teammates that really helped me do that,” Wallace said. “I had to be OK with myself, and I think that was a defining moment in my career. If I could get through that and have a really good senior year, I can do anything. The experience made me grow as a person.” 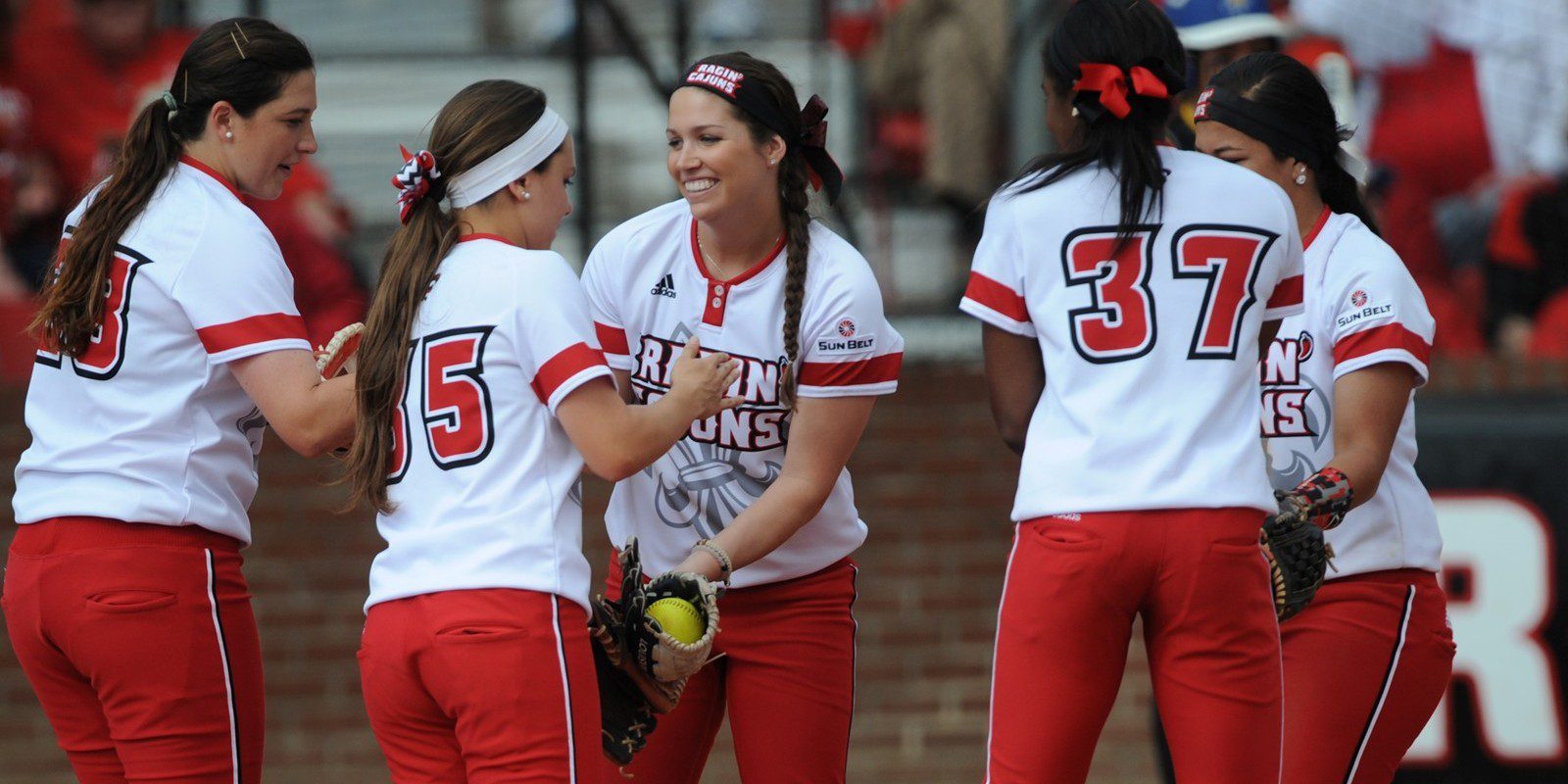 Jordan Wallace with her Louisiana teammates in 2012. (Credit: Louisiana Athletics)

Wallace has shared her ups and downs with her pitchers at UTSA.

“You gave up a home run, who cares? I walked everybody on national TV,” Wallace said. “At a mid-major program like ours, my kids have to keep it more in perspective. They are going to get beat or give up home runs or walk people. If they see me making light of my struggles, they can appreciate that more because they know I was successful overall.”

Wallace didn’t consider entering the coaching profession after watching the Louisiana assistants put in so many long hours at the field. She used her marketing degree to take a job in sales right out of college.

“But I realized I am not an office person. I can not stay in front of a computer for eight hours a day and have no sunlight,” she said. “I was miserable and going crazy.”

As much as she has grown to love coaching, Wallace’s future in the sport is undetermined. She has put in her notice at UTSA. Her husband has a job at an architecture firm in Dallas, and they are moving at the end of June.

“I don’t know if I will get back into college coaching. I do miss my weekends and we are trying to have a family at some point,” Wallace said. “I told myself I was going to use this corona(virus) time to figure it out, but I am putting it off.”

Seeing her husband grind through the final few months of a long journey in architecture school made Wallace reflect on her own playing career. She is grateful for all the experiences, even the most painful ones.

“I was thinking about all of my failures yesterday and how they have molded me as a person and how I can use those with my team and with my pitchers and just trying to stay positive,” Wallace said. “Life happens, and you just have to roll with the punches.”