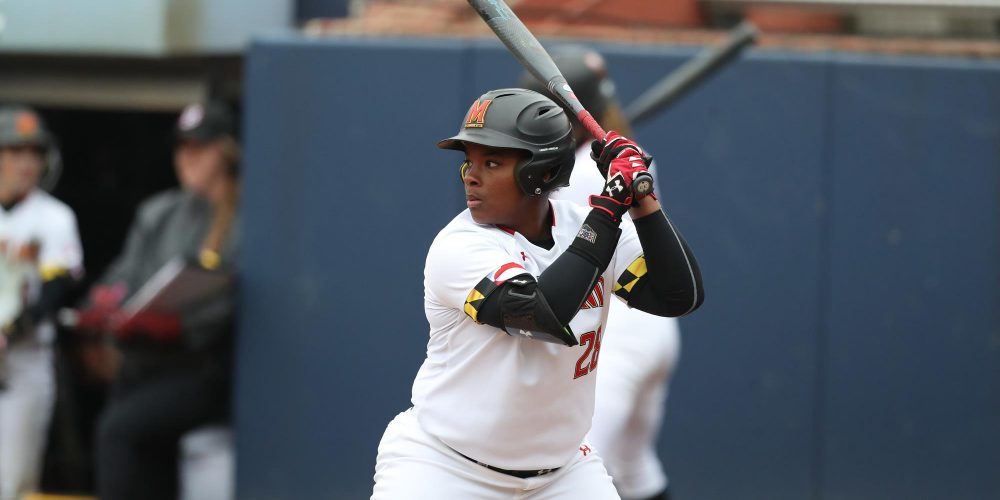 Taylor Wilson needed to find another outlet for her activism at the University of Maryland.

The infielder had been involved with the Student-Athlete Advisory Council (SAAC) during her first three years on campus, and wanted something to fill the void for her senior year.

Wilson began speaking with Maryland athletic administrators about ways she could help get student-athletes interested in voting for the upcoming election.

They told her about the Big Ten Conference’s plans to announce an Anti-Hate and Anti-Racism Coalition following the death of George Floyd that sparked social justice protests across the country. In addition, the Big Ten would be launching a voter registration initiative that had been in the works since February.

“They asked me if I wanted to join, and I said ‘please and thank you,’” Wilson said. “I knew as soon as I heard about it, I wanted to be a part of it.”

The Big Ten coalition includes representatives from all 14 schools, including six with connections to softball. The goal of the coalition is to “seek tangible ways to actively and constructively combat racism and hate around the world while also empowering student-athletes to express their rights to free speech and peaceful protest.”

“The cool thing about this coalition is it has everyone. It has student-athletes from all sports, head coaches, football coaches, presidents, athletic directors,” said Wilson, a Maryland native. “It’s really an all-hands-on-deck effort, which I think is super rare, especially in sports when it comes to social justice and engagement kind of things.”

The coalition has held four virtual meetings so far, mostly geared toward the voter registration initiative planning. Wilson said the group is brainstorming ways to educate coaches, student-athletes and staff about how to register to vote and how to vote with absentee ballots.

“That is a big thing because so many student-athletes don’t go to school in the state they live in,” Wilson said. “We have been trying to figure out how they can register to vote and get that vote in while they are at school.” 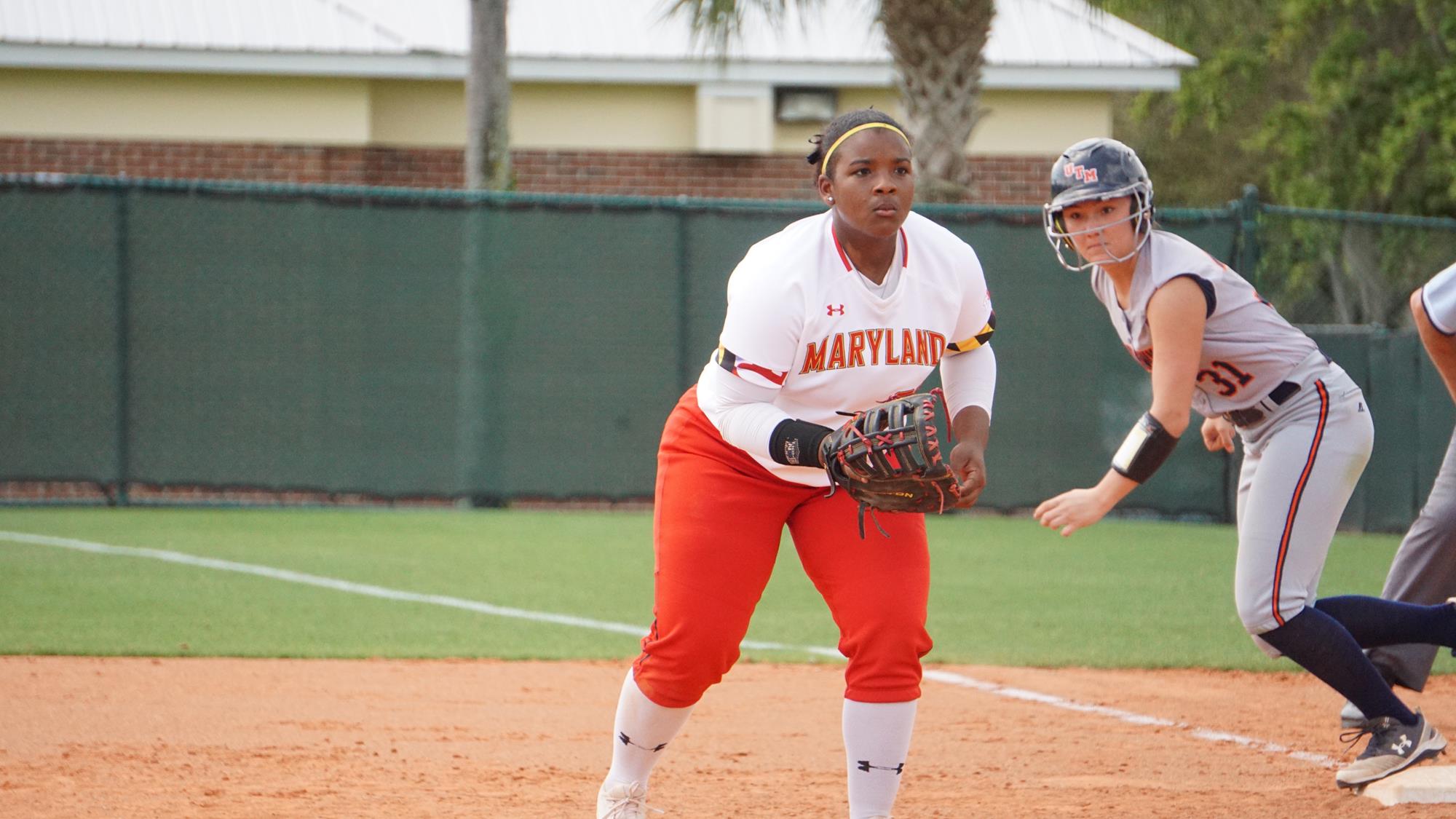 Efforts to promote voting rights and civic responsibility have become widespread in sports over the last few months.

Georgia Tech assistant men’s basketball coach Eric Reveno started a movement to make Election Day a mandatory off-day for NCAA athletic teams. The NCAA Division I SAAC plans to recommend the legislation be adopted by the Division I Council before the council’s September meeting.

The Big Ten’s Voter Registration Committee has partnered with the Lawyers’ Committee for Civil Rights Under Law to “develop educational programming, create outreach tools, foster open and honest dialogue with law enforcement and collaborate with other established civic platforms.”

In alignment with the Big Ten, Maryland Athletics launched its own “VoTERP” initiative last month that provides student-athletes and staff with nonpartisan resources to educate them about voting. Wilson is one of three Maryland student-athletes leading the effort.

Their goal is to get 100 percent registration for every athletic team at Maryland. They have discussed using the XFINITY Center on campus as a polling place, and even buying stamped envelopes to make submitting absentee ballots easier.

“So often people forget that voting is the least we can do and it can help spark real change locally and nationally,” Wilson said. “The election is getting close and it’s important to give yourself enough time if you are voting by mail for your vote to be processed and counted. There is also a huge need for national poll workers because so many poll workers are over 65 and aren’t comfortable working because of Covid.”

Getting involved with programs for student-athletes that stretch beyond the field has always been a calling for Wilson. Once the election is over, she wants to start working on community engagement and education initiatives as part of her role on the Big Ten’s coalition.

“I think it has a lot to do with being passionate about helping people and creating change,” Wilson said. “As a student-athlete, we have platforms because of the sport that we play. But at the end of the day, I am going to stop being an athlete and still be a person who lives in this country and wants to see good things happen. I want to take advantage of the platform I have right now and use it to create change in the areas I want to help.”

That extends to social activism surrounding inequality. As a Black player in a largely white sport, Wilson has experienced a range of emotions since racial unrest began roiling the country.

“Initially when George Floyd was murdered and we started talking about Breonna Taylor, it hit me first as a Black woman. I didn’t even think about my identity as a softball player,” Wilson said. “It was kind of like this keeps happening and here we go again. The first week I don’t think I talked to anyone about anything. It was just really hard.”

Eventually, Wilson spoke with her teammates about her feelings and experiences.

“Being one of the only Black girls on the team, there was definitely a disconnect with what we saw happening in the country. It hurt to know that everyone couldn’t at least empathize to some degree,” she said. “Obviously, I didn’t expect everyone to relate unless they lived it. But for me, it has been interesting to see the difference in how I handled and focused on these situations and for some on the team it hasn’t really affected them. They are just able to move through the world normally or avoid what is going on. But if we don’t address it, it will just continue to get worse.”

The Big Ten takes the next steps in empowering its student-athletes with the announcement of the members of the Big Ten Anti-Hate and Anti-Racism Coalition and the launch of the Big Ten Voter Registration Initiative.https://t.co/Yjl3FbJZQ1 pic.twitter.com/i7rmlcNTZt

Through their work with the Big Ten, Wilson and Nebraska pitcher Courtney Wallace have been able to establish a relationship.

“We have been texting a lot, not only about the coalition, but about our own institutions as far as civic engagement and social justice and being a Black softball player,” Wilson said. “We have bonded over that experience and helping each other through these times, which I think is super cool.”

Wilson is grateful for all the opportunities she’s been given at Maryland on and off the field. She says she has grown and become a better person by attending the school.

Although everything remains fluid given the coronavirus pandemic, Wilson hopes she can represent the Terps in actual games again for her senior season.

“No matter what happens, I am at peace knowing that I am leaving Maryland, my peers, the athletic department and my team better than I found it,” Wilson said. “Honestly, that is my mission anywhere I go. I just want to leave a positive impact.”