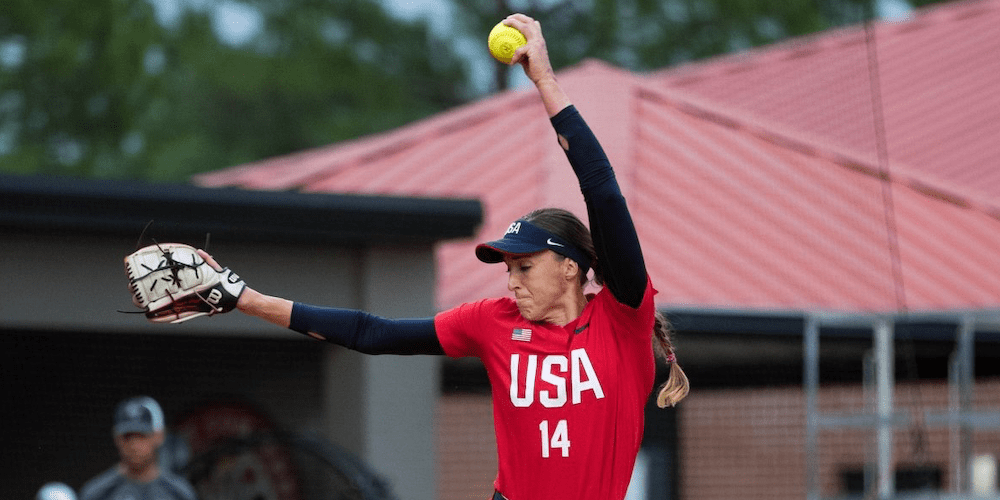 Monica Abbott and the rest of the softball world waited 12 years for another shot at Olympic glory. They will now have to hope lucky No. 13 is the ticket.

The International Olympic Committee announced Tuesday the 2020 Summer Olympics scheduled for July in Tokyo, Japan would be postponed because of the coronavirus pandemic that is shutting down daily life around the globe, endangering public health and altering training schedules.

The IOC said the Tokyo Games “must be rescheduled to a date beyond 2020, but not later than summer 2021, to safeguard the health of the athletes, everybody involved in the Olympic Games and the international community.”

Softball was last played at the Olympics in 2008, three years after being voted out of the Games. The sport is not guaranteed to return after Tokyo until the 2028 Games in Los Angeles at the earliest. The Paris Organizing Committee did not include the sport on the Olympic program for the 2024 Games.

“Softball in the Olympics is like a bad boyfriend. You are voted in and voted out and then voted in and now there is a pandemic. What else could happen?” said Abbott, a 2008 Olympic silver medalist and former All-American pitcher at Tennessee. “It’s kind of funny in that aspect, but it’s also kind of like ‘not again.’ But I feel like softball as a sport, we are very resilient and as players we are very resilient. We are capable of handling a rain delay.”

Like much about the coronavirus pandemic, the Olympic postponement is unprecedented. Other Olympics — 1916, 1940 and 1944 — have been canceled because of war, but none have ever been postponed. The Tokyo Games will still be called the 2020 Olympics, even though they will be held in 2021. It will mark the first time the Olympics will be held in an odd-numbered year since the modern era began in 1896.

At age 34, Abbott was happy the Olympics were only postponed and not canceled, which would have likely deprived many more aging athletes from competing. She understood the broader ramifications at play beyond just sports.

Abbott said the Olympic softball team knew there was a chance the Olympics could be impacted by the global health crisis once USA Softball suspended its “Stand Beside Her Tour.” After the NBA suspended its season, the dominoes quickly began to fall in other sports organizations around the country and the world.

Even though players knew the news was likely coming, it was still tough to absorb after months of mentally preparing to play this summer.

“I feel like I am in a little bit in shock. I will start to process things more over the next few weeks and come up with a plan,” Abbott said. “The biggest thing right now is just to stop the coronavirus and make sure people stay home and stay healthy and flatten the curve. Getting the world healthy is the first step.”

Abbott said the players will now wait to find out how USA Softball will proceed in the coming months.

“We just don’t know what is going to happen,” she said. “There could be changes made. We may have to tryout again. I just don’t know what things will look like for USA Softball. But they will make the best decisions for USA as a whole when the time is right to prepare for what is next.”

Judging by their regular online calls and group texts, Abbott believes her teammates will be ready for anything thrown their way.

“I have loved everyone’s response and attitude right now up to this date. Everyone’s response has been, ‘OK. These are my circumstances. How am I going to make the most of it?'” she said. “I would expect the same from them.”

Abbott plans to devise a new training plan in the coming days to keep her ready for whenever the Tokyo Games are played. She feels strong, healthy and capable of helping Team USA achieve its goals.

If there was any doubt Abbott may reconsider playing in Tokyo given the postponement, she quickly put those to rest.

“Oh hell yeah I want to be on that team,” she said. “I want to be training and wear USA across my chest and continue this journey to represent everyone and all the faithful fans that have followed my career.”