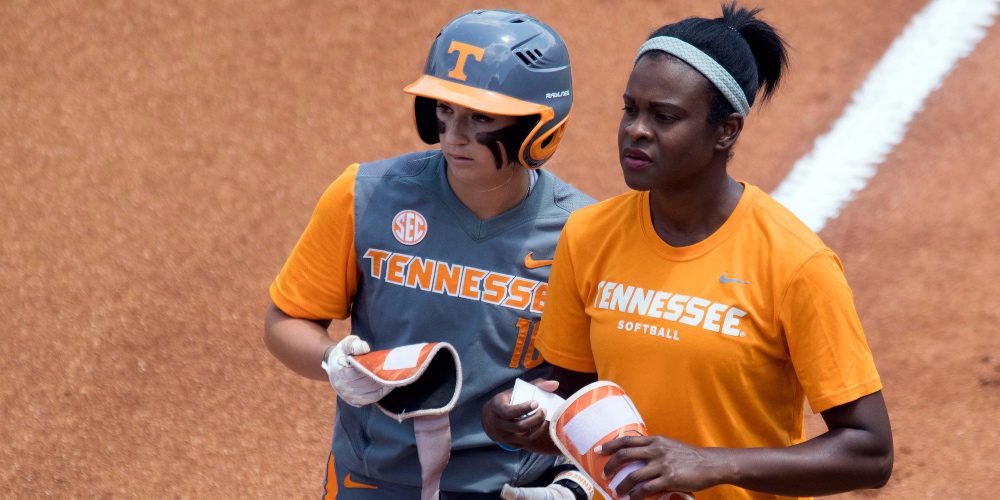 For India Chiles, the Muhammad Ali’s influence is a constant source of strength. Chiles grew up in Ali’s hometown of Louisville, Ky., and her family was able to host the heavyweight boxing champion and his wife as guests in their home.

Ali was a frequent visitor to the hospital where Chiles’ mother worked, and her mom rode in Ali’s funeral procession.

Every time Chiles visited the Muhammad Ali Center’s interactive museum, she would listen to Ali’s story about his refusal to be drafted for the Vietnam War.

His words ring true now more than ever for Chiles as she watches protests over racism, police brutality and social injustice roil the nation.

“Ali said, ‘Why do I want to fight for the people that are killing me?” said Chiles, a former University of Tennessee All-American outfielder and assistant coach. “It is really hard as a minority black athlete to play in front of fans that you know are racist. They cheer for you when you’re on the field and want you to sign autographs and take pictures after games, but they don’t support you as a human being once you leave the stadium. That is the message white America sends to us over and over.”

Chiles began receiving a flood of calls, texts and direct messages on social media after the killing of George Floyd while in police custody sparked the national uprising. Friends, coaches and former teammates wanted to check in, apologize for how blacks are treated and ask for advice.

Chiles was hesitant to respond right away. She needed time to gather her thoughts and figure out exactly what she wanted to say.

But as she saw social media posts from college coaches filling her timeline, waves of emotion ran though her. Chiles isn’t angry. She’s frustrated and exhausted and skeptical.

She wants to believe things will really change this time, but has been fooled a few times before.

“Ending racism isn’t a social media challenge. You can’t nominate someone to stand against racism and hate like you would a push-up challenge. This isn’t some game. It’s real life.

“Saying you stand against racism is the very least you can do. It’s part of your job as a coach, especially a college coach. It is not enough for this to be a hashtag or a three-word trend. It’s about the real talks you should be having with your team.

“I can’t think of any business that has a higher saturated market of minorities under them than athletics – from the NCAA to the NJCAA all the way up to the pros. I am not OK with coaches doing an All In challenge and leaving that in their public space and thinking that’s enough. It’s not. It’s time to act. This is not an inner circle conversation. Show you are All In. Speak out to the public about HOW you’re All In. 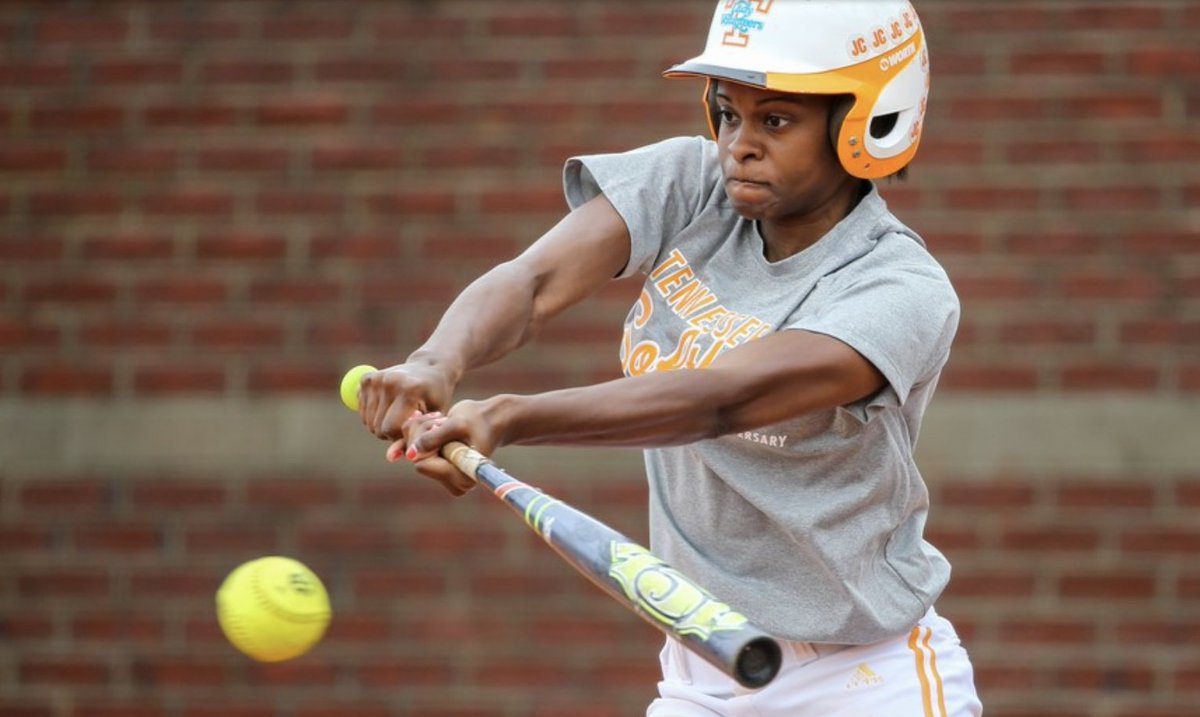 India Chiles was an All-American at Tennessee and SEC Player of the Year as a senior in 2007. (NCAA photo)

“I went to lunch with a white coach last week to talk about this, and said if enough is enough it’s time for every single coach to have these conversations with their team. The same way we pull our kids in to talk about domestic violence every year and talk to them about how to handle the media, we need to be talking about racism because this is a prime time to influence and mold these kids to be ready for the real world. Private talks change nothing. Take a stand. Make it known to this country that you stand against racism.

“Nearly every coach has had a player on their team whose parents are racist. Coaches have to tackle that situation head on and understand it may mean a parent coming after you because they didn’t send their daughter to your university to tell them they raised her wrong. But it’s not about the parents. It’s about molding these kids and having them break that pattern. It’s about keeping your team cohesive and tight, and racism lingering in their background does just the opposite. These girls are friends with their minority teammates, and you have to address it. It’s not OK to just ignore it and ignore those conversations. It makes it uncomfortable when the black players come out of the dugout and all the parents are waiting there and they know the backstory. They know how those parents really feel about them. This weighs heavy on my heart.

“As minorities, we are raised to be quiet. I remember my first slumber party, I was the only black kid there. It was nothing racist. I was just the only black kid in the class. The white kids get dropped off with their parents saying have fun with the other kids. My mom dropped me off and told me not to be in a room by myself and be respectful because if something goes wrong you are the target. White moms would let me go over to their house for a sleepover, but if their daughter asked to go to India’s house it was “No.” We like her, but we don’t embrace all that comes with her. That is something minority parents deal with every single day, but we don’t talk about it because we haven’t had a voice.

“You are raised to not fight back and not speak up because you don’t want to be the angry black person. That is not going to go over well. It plays into the stereotypes and gets you sent straight to the principal’s office or straight into handcuffs. They think black equals dangerous, so you just try to smile and keep going.

“If one thing comes from this, we as black athletes and coaches have to start sharing our voice. black people need to stop suppressing. We need to use our voice. When we encounter racist behaviors, it is OK to correct them. Some people are truly ignorant, but I believe more are up for listening to us and being educated from us as to what racist acts truly are.

“It’s time for college coaches to have our backs and support us. How do you support us? By making it a part of your athletic department every day in fighting against inherent racism. Sit every girl down and talk to them about racism and say it is not going to be tolerated in our athletic department. Provide them with annual diversity/inclusion training, and make it intentional. Make it important. Give players some tools to take back home to help educate their families.

“There are coaches who say they aren’t racist just because they recruit black athletes to play on their teams. But everyone in the program knows how sincere the coaches really are about that. They can see right through the frauds.

“I’ve had a lot of white coaches reach out to me the last few days wanting me to talk to their team. OK sure, I can talk to your team. But you need to talk to your team first. This isn’t so much a black problem as it is a white problem. We need to hear more of the white voices and have them actually take a stand for what is right.

“It’s time for you to speak up. The country needs change, and we need white America to use their voices and their actions in the public domain. Asking a minority race to lead a change is ludicrous. YOU are the majority, and YOU must lead this change.

“Talk to your team, and use your social media platform for something more meaningful than a challenge. This can’t just be about checking a box and moving on to the next thing. If we are really going to make changes this time, coaches need to step up and do their jobs. The Xs and Os is the easy part. Making a difference and influencing lives requires more.

“If Black Lives Matter and you are truly All In, you have to take it to the next level. If you can’t, then it’s time to step down because you in fact are not All In. Retweets and nominations alone just don’t cut it anymore. Your players need more.”