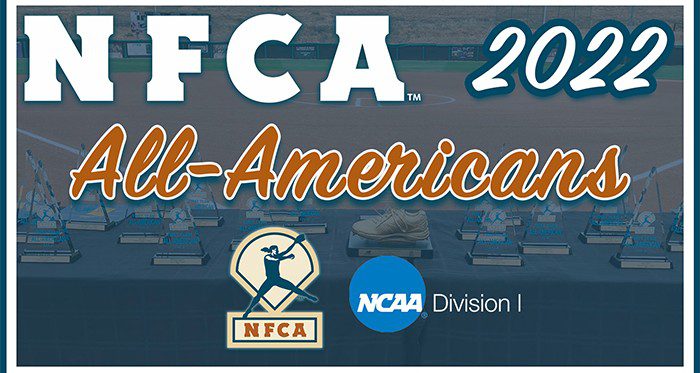 The National Fastpitch Coaches Association released its 2022 Division I All-America teams on Wednesday, and 54 players from 34 programs were honored among the three squads.

Oklahoma and Arkansas led the way with five players from each program. All five OU players made the first team while Arkansas had four on the first team. UCLA had three players honored, and 10 more programs featured two players on the teams.

Conference USA Player of the Year Bailey Vannoy of Charlotte and Miami University third baseman Karli Spaid, third in the NCAA with 28 home runs, are their program’s first-ever All-Americans. Vannoy was voted to the second team and Spaid to the third team

The NFCA All-America teams are voted on by the Association’s All-America Committees. In Division I, the committee is comprised of one selected member head coach from each of the NFCA’s 10 regions. All student-athletes who were nominated by a member head coach and voted to the first-, second or third-team All-Region teams were eligible for All-America consideration.

The full list of NFCA All-Americans can be found here.