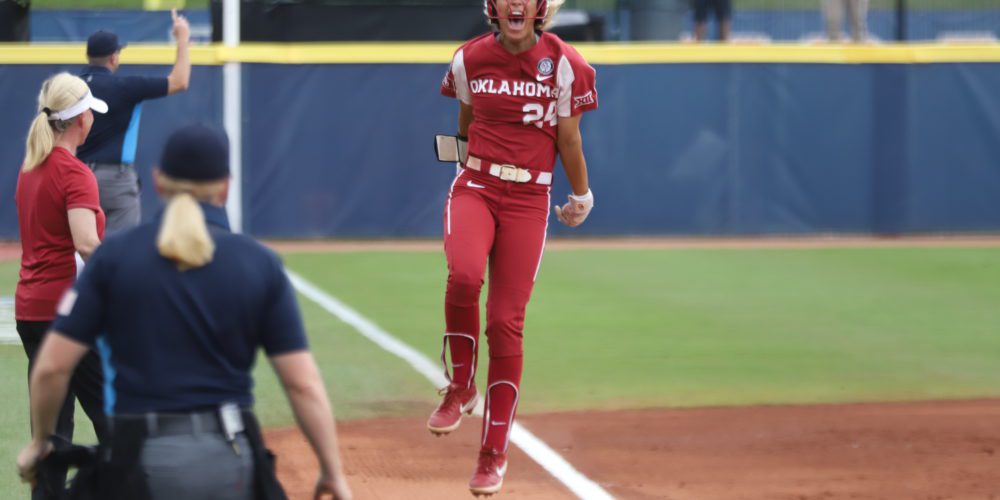 For the third tournament in a row, Oklahoma starts the road to the Women’s College World Series as the team to beat.

The defending champion Sooners may be entering the 2022 NCAA Division I Softball Championship off a loss in the Big 12 Tournament, but that setback didn’t cost them the No. 1 overall seed. The Sooners again won’t have to leave home before making the short trip down the interstate to Hall of Fame Stadium for the Women’s College World Series – if they avoid the pitfalls along the way.

Oklahoma State also has a potential route to the Women’s College World Series that won’t involve traveling beyond the borders of the state. Fresh off a Big 12 Tournament title, the Cowgirls earned the No. 7 seed in the NCAA draw. That means both an opportunity to host any super regional and avoiding a fifth Bedlam game against the Sooners until the championship series.

But that was the end of the good news for the Big 12, with the national seeds dominated by the ACC and SEC. Those two conferences combined to produce nine of 16 seeds, including a conference-record four from the ACC. No. 2 Florida State and No. 3 Virginia Tech lead the way for the rising power, with the Hokies set to host a regional for the first time in program history. SEC regular season and tournament champion Arkansas leads that conference’s seeded teams at No. 4.

The SEC leads all conferences with 12 teams in the field of 64.

Pac-12 champion Arizona State could manage only the No. 8 seed, good enough to host any potential super regional but three spots behind rival UCLA. After walking out of the selection show a season ago in disgust at being seeded No. 16, Washington is the third Pac-12 seed this season at No. 13.

After appearing in some danger of missing the field for the first time since 1986, Arizona earned an at-large bid and will travel to Columbia, Missouri, to play Illinois on Friday.

Far happier about earning that No. 16 seed was UCF. The Knights are the lone seeded team from beyond the Power 5, and the first such seed since 2016. They would make the trip to Norman, Oklahoma, for a super regional against the Sooners, but first they must contend with Michigan, South Dakota State and Villanova in the Orlando Regional.

The full bracket is below. Regionals begin Friday.

At Her Own Speed: Oklahoma State’s Kelly Maxwell Makes Her Case as Nation’s Best