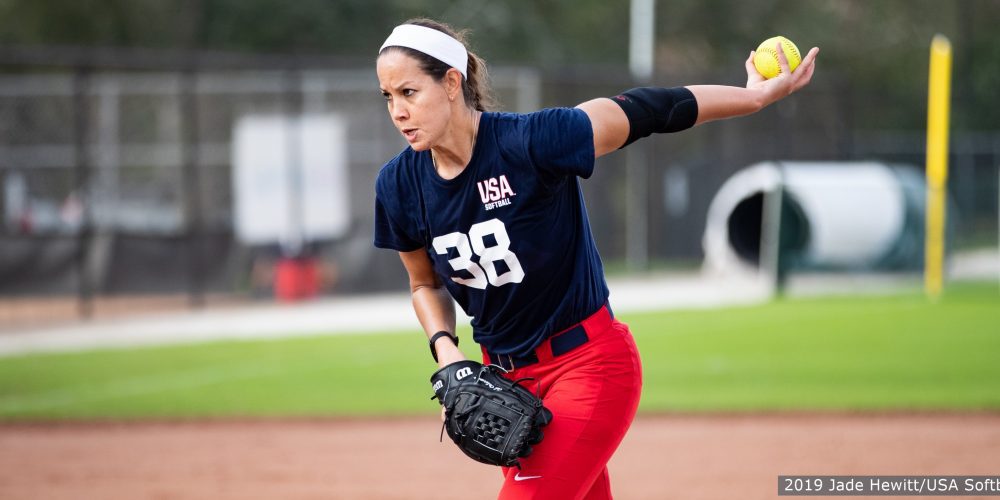 Olympian Cat Osterman is joining the inaugural Athletes Unlimited Softball League. The new league made the announcement on Friday.

One of the best pitchers in the sport’s history, Osterman, 37, came out of retirement in 2018 to attempt to participate in her third Olympic Games. The former University of Texas All-American made the Olympic roster last fall and was preparing to pitch this summer in Tokyo until the Olympics were postponed one year because of the coronavirus pandemic.

Earlier this week, Osterman announced she was stepping down after six seasons as an assistant softball coach at Texas State. Osterman said her decision to leave coaching was made before the Covid-19 pandemic because she wanted pursue other passions.

“I am extremely honored and excited to be part of the Athletes Unlimited family, and look forward to competing in its inaugural season with some of the best players in the world,” Osterman said. “The format will allow so much competition with and against so many players that I have watched or competed against in the past. I believe the talent level will make our six weeks some of the most competitive softball played.”

Athletes Unlimited is scheduled to held from August 17-September 27 at Parkway Bank Sports Complex in Rosemont, Ill., pending health and safety guidelines stemming from Covid-19. Athletes Unlimited CEO and co-founder Jon Patricof said the league is finalizing a medical team that will advise the league about Covid-19 as well as monitor what other leagues around the country are doing.

Osterman pitched for the USA National Team from 2001 to 2010, appearing in the 2004 and 2008 Olympics and winning a gold and silver medal. She has earned four National Pro Fastpitch titles and was named Championship MVP three times.

At Texas, Osterman led the Longhorns to three Women’s College World Series appearances in 2003, 2005 and 2006. She also became the only softball individual to win USA Softball’s National Player of the Year honors three times after earning the honor each of those seasons.

Before the Olympics were postponed, Osterman expected to be finished with softball by the end of this summer.

“I was ready to be done, but obviously there is a different journey that has been put forth and I am really excited about it,” Osterman said. “The more I got to know about Athletes Unlimited and the conversations progressed, the more I realized it was something I really did wholeheartedly want to be a part of.”

Osterman was initially skeptical about leaving home for six weeks, but her husband encouraged her to make the move. Although they will not be living in Chicago with Osterman, her husband and stepdaughter plan to visit.

“I really had to do a gut check, but ultimately to really be ready for July 2021 I need game situations and this obviously gives me that opportunity,” Osterman said. “… yes I will be gone for six weeks, but at least it will be in one place.”

Athletes Unlimited features a format in which athletes earn points based on team wins and individual performance and become the champions in team sports. Points can be earned on every play and the leaderboard changes constantly. Teams will change each week, with the top four athletes in the standings serving as captains and drafting their teams.

The minimum compensation for athletes in Athletes Unlimited is $10,000, which includes a base salary and guaranteed bonuses. The top players on the leaderboard have the potential to earn as much as $35,000. The overall compensation for all athletes is over $1 million. All players involved in the league will also share in any long-term profits through 2041.